Romano Pierre will hold the key to Explorers' success, as he has been their best batsman.

In the final showdown of what has been an exhilarating season of the Vincy Premier League 2021, La Soufriere Hikers and Dark View Explorers will battle for supremacy. Both the teams have played excellent cricket and there cannot be any debate on the grand finale lineup.

Last year’s winners La Soufriere Hikers have played like true champions this time as well. On the other hand, the Dark View Explorers have explored unchartered territories this time to make it all the way into the final.

Batsmen will play a big part in this grand finale, as the track here in Arnos Vale Ground will support them.

Salvan Browne has been excellent with the bat for the Hikers. He has scored over 150 runs for his team.

Dillon Douglas has been the star with both the bat and the ball for the Hikers. He has scored over 250 runs and has also picked up 7 wickets.

Romano Pierre will hold the key to Explorers’ success, as he has been their best batsman. He has scored over 250 runs as well. 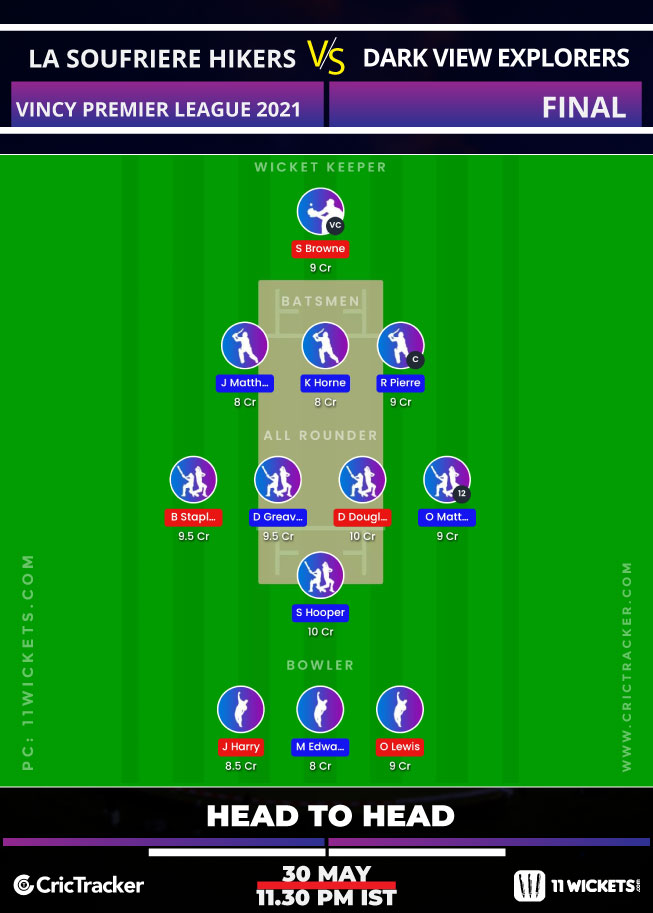 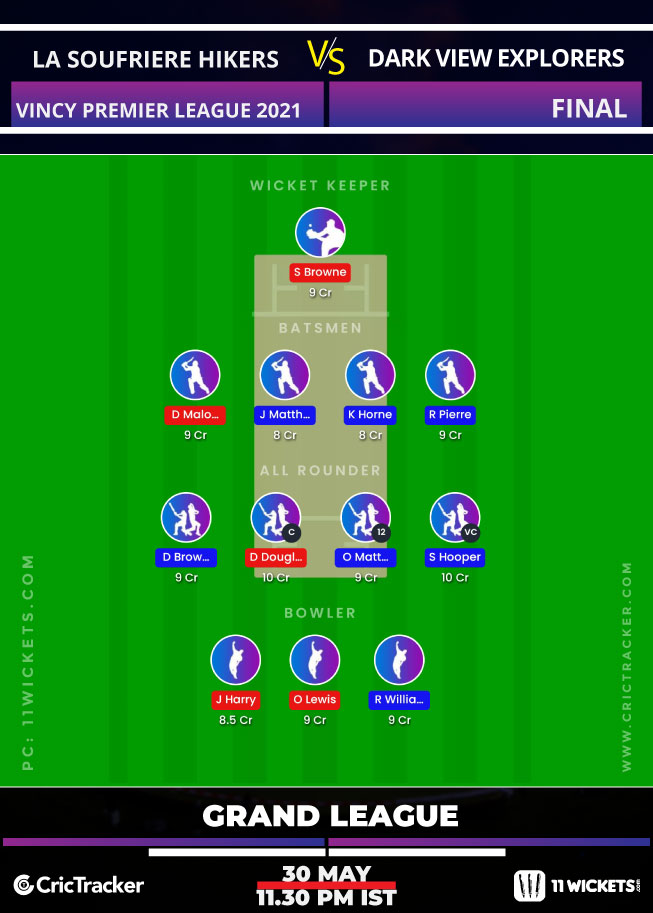