It will take some time to get used to watching the IPL without a certain Lasith Malinga running in at full throttle. 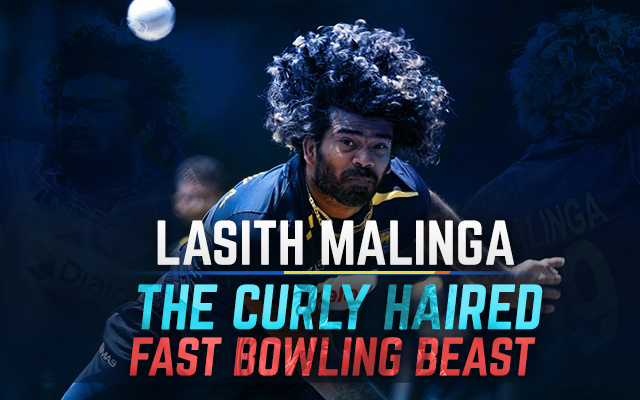 And, his final delivery in IPL cricket resulted in an epic one-run victory for the Mumbai Indians(MI) against rivals Chennai Super Kings (CSK). Malinga had completely bamboozled Shardul Thakur with a disguised slower delivery. The batsman was struck on his pads and was caught dead in front of the stumps.

The pacer lifted his arms in delight, and in a moment, Malinga was lifted off his feet onto the shoulders of his jubilant teammates. Mumbai had won the IPL trophy for the fourth time. Little did we know, that it would be the last visual that the world would get of Malinga in IPL cricket. And from the 2021 IPL season, that slinging action will be gone forever.

Malinga’s numbers in IPL cricket make him possibly the greatest ever bowler in the history of the lucrative league. In the table below, let us take a look at the top 5 highest wicket-takers in IPL cricket. 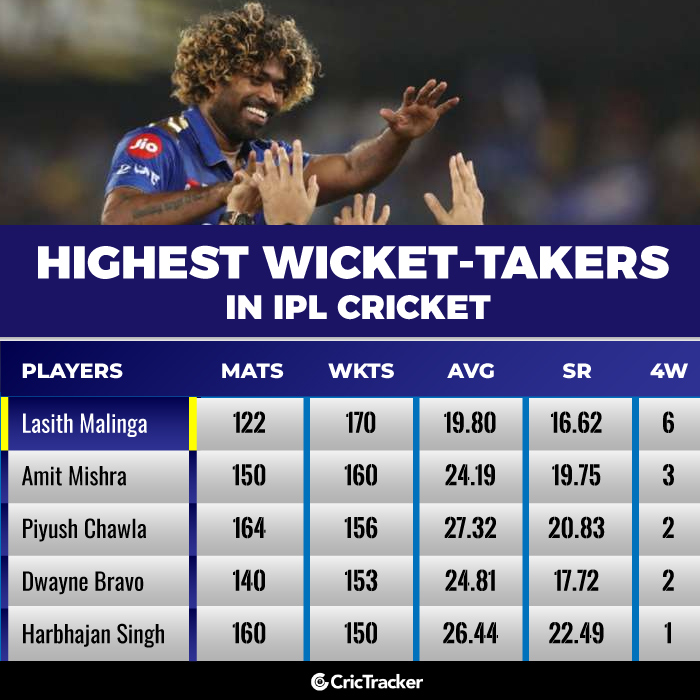 This table is indeed revealing, and proves why Malinga can stake a claim to be the greatest bowler in IPL history. Among the five bowlers, Malinga has played the least number of matches, yet has taken the most number of wickets. He has taken as many as 6 four-wicket hauls in the IPL, and the next man in the above list is Amit Mishra, who has taken just 3.

The Mumbai Indians’ pacer has the lowest average (19.80) as well as the lowest strike rate (16.62) among the top five highest wicket-takers in IPL history. Surely, this table stands testimony to the fact that the IPL has not seen a man as proficient as Malinga bowling with the white ball.

Now, let us go ahead and look at the top 5 bowlers who have bowled the most number of dot balls in IPL cricket. For, choking the batsman by not allowing him to score runs is sometimes as valuable as a wicket in the T20 format. 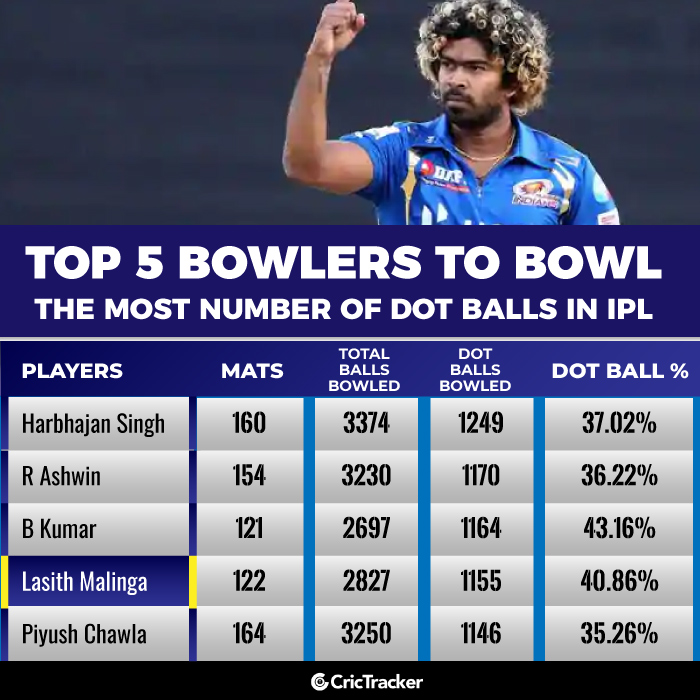 The same will be explained in the section below.

To get a little more clarity on what makes Malinga a better bowler than Bhuvneshwar Kumar, let us take a look at their overall IPL records. The table below will reflect the same. 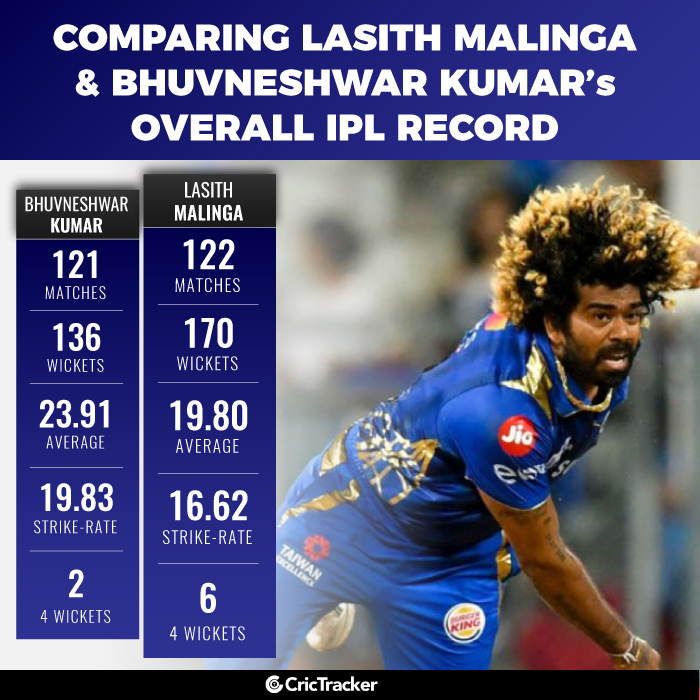 Even though Bhuvneshwar Kumar has a higher dot ball percentage, he falls short of Malinga in every other parameter. Malinga has taken 34 wickets more than Kumar, in spite of playing just one match more than the Sun Risers’ pacer. Malinga has a superior average, a superior strike rate, and has also taken three times the number of four-wicket hauls that Bhuvneshwar Kumar has taken. Needless to say, Malinga outshines Kumar.

A farewell to a fast-bowling beast

Malinga had arguably the best yorker in the T20 format, he could bowl a searing bouncer when the need arose, he could hit the deck hard, he could vary his pace and make even the greatest willow wielders appear ordinary. In short, the IPL has not seen a fast-bowling beast who could literally do anything with the white ball in hand.

But then, the 2021 IPL would be a different experience for all of us. For, it will take some time to get used to watching the IPL without a certain Lasith Malinga, running in at full throttle with his curly hair.