After CSK vs KXIP and RR vs KKR games, Mumbai Indians remain on the top as they have already qualified for the playoffs. 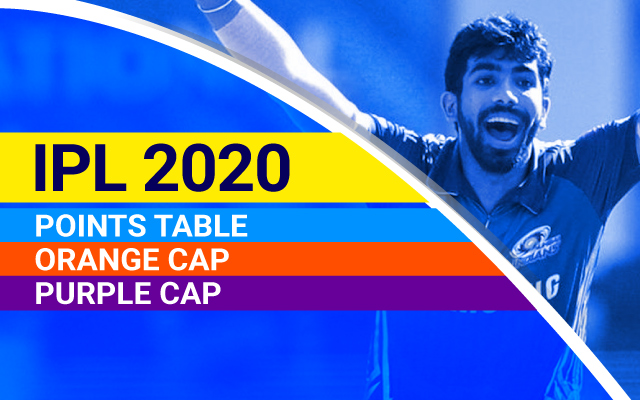 The 54th match of the Indian Premier League saw action between Kolkata Knight Riders and Rajasthan Royals. It was a do or die contest for both Royals and Kolkata, but the latter rose to the occasion to keep their playoffs dream alive. KKR won the game by 60 runs. Batting first, KKR posted a huge 191 on the board where Eoin Morgan displayed a perfect knock (68* off 35) of a skipper. Rahul Tripathi’s 39 off 34 remained essential in pushing the team forward.

Pat Cummins was adjudged as the player of the match for his surreal pace attack in the power play. Andre Russell returned to the game after quite some time and poured in his decent contribution by adding 25 off 11 in the end. Jofra Archer remained economical from RR by picking one wicket. Rahul Tewatia again showed his dominance with the ball by naming three wickets under his belt.

Hunting down the challenging target, the top order of RR failed terribly to do the right thing in the match. Jos Buttler’s 35 off 22 was the only fine spot from Rajasthan’s batting unit. Shivam Mavi was phenomenal as he conceded just 15 runs to pick two wickets. Pat Cummins, on the other hand, justified his big price tag in every sense today by picking big four wickets.

After CSK vs KXIP and RR vs KKR game, Mumbai Indians remain on the top as they have already qualified for the playoffs. Second in line are Royal Challengers Bangalore. 3rd and 4th slots are held by Delhi Capitals and Kolkata Knight Riders. The race for the remaining three spots is still on for DC, RCB, SRH, and KKR.

Though KXIP is out of the tournament, KL Rahul keeps possession of the Orange Cap, with huge 670 runs in his bag. He is followed by Delhi’s ace batsman Shikhar Dhawan who has amassed 471 runs. 3rd and 4th slots are held by Faf du Plessis and David Warner in the race for Orange Cap. Jasprit Bumrah is the new holder of the purple cap with 23 wickets under his belt. Kagiso Rabada also has 23 wickets, but Bumrah has a better economy. Jofra Archer, Mohammed Shami, Trent Boult, and Yuzvendra Chahal have 20 wickets each under their belt. 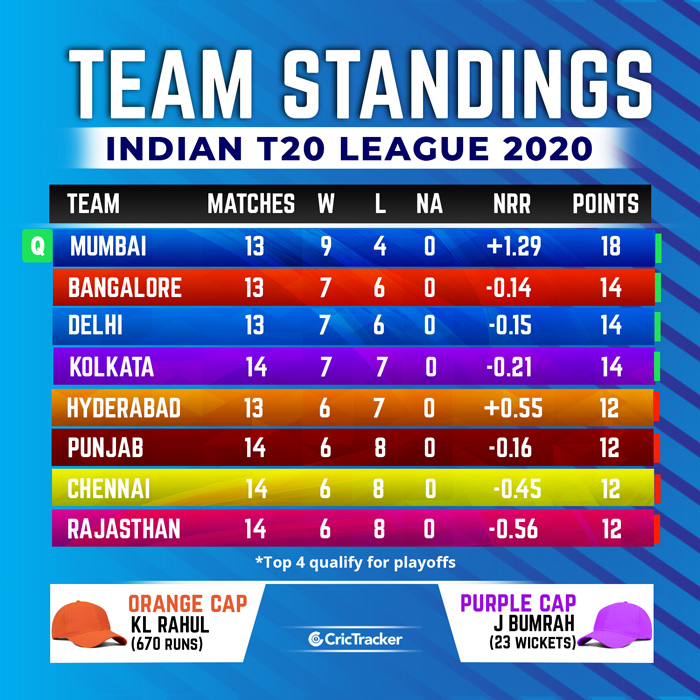