George Dockrell is a good pick for captaincy.

Leinster Lightning and Munster Reds will cross swords in Match 8 of Ireland Inter-Provincial T20 2021. This match will take place at the Bready Cricket Club in Ireland on Friday (June 25).

This match will start at 8:30 PM IST and will be streamed live on the Youtube channel of Cricket Ireland.

Both the teams haven’t made a fruitful start to the season and it would be interesting to see how this game pans out. Leinster Lightning kick-started the season on a grand note, winning their first game by seven wickets. However, they lost the plot after that match and suffered two defeats on the trot. They are currently holding the third place in the team standings.

Munster Reds’ condition is even worse as they are reeling are the rock-bottom of the points table. After facing a thumping loss in the season opener, the Reds bounced back against North West Warriors and walked away with a six-wicket win. However, they couldn’t continue their winning run and lost their next fixture by five wickets. Notably, the last meeting between these two sides saw Leinster Lightning winning by seven wickets.

Captaincy Picks for LEI vs MUR

Leinster Lightning skipper George Dockrell has been brilliant this season and would like to shine against the Reds as well. The all-rounder has scored runs consistently this season with an impressive strike rate. If that’s not enough, Dockrell has also been successful in containing the run-flow with his left-arm spins. So far, he has scored 99 runs alongside scalping two wickets.

Munster Reds dasher Murray Commins is another player who can shine in this contest. Commins likes to after the bowlers straightaway and his happy knack of staying at the crease for long makes bowlers’ job even more difficult. In total, the swashbuckling batsman has scored 101 runs in three games this season at a magnificent strike rate of 14.25. 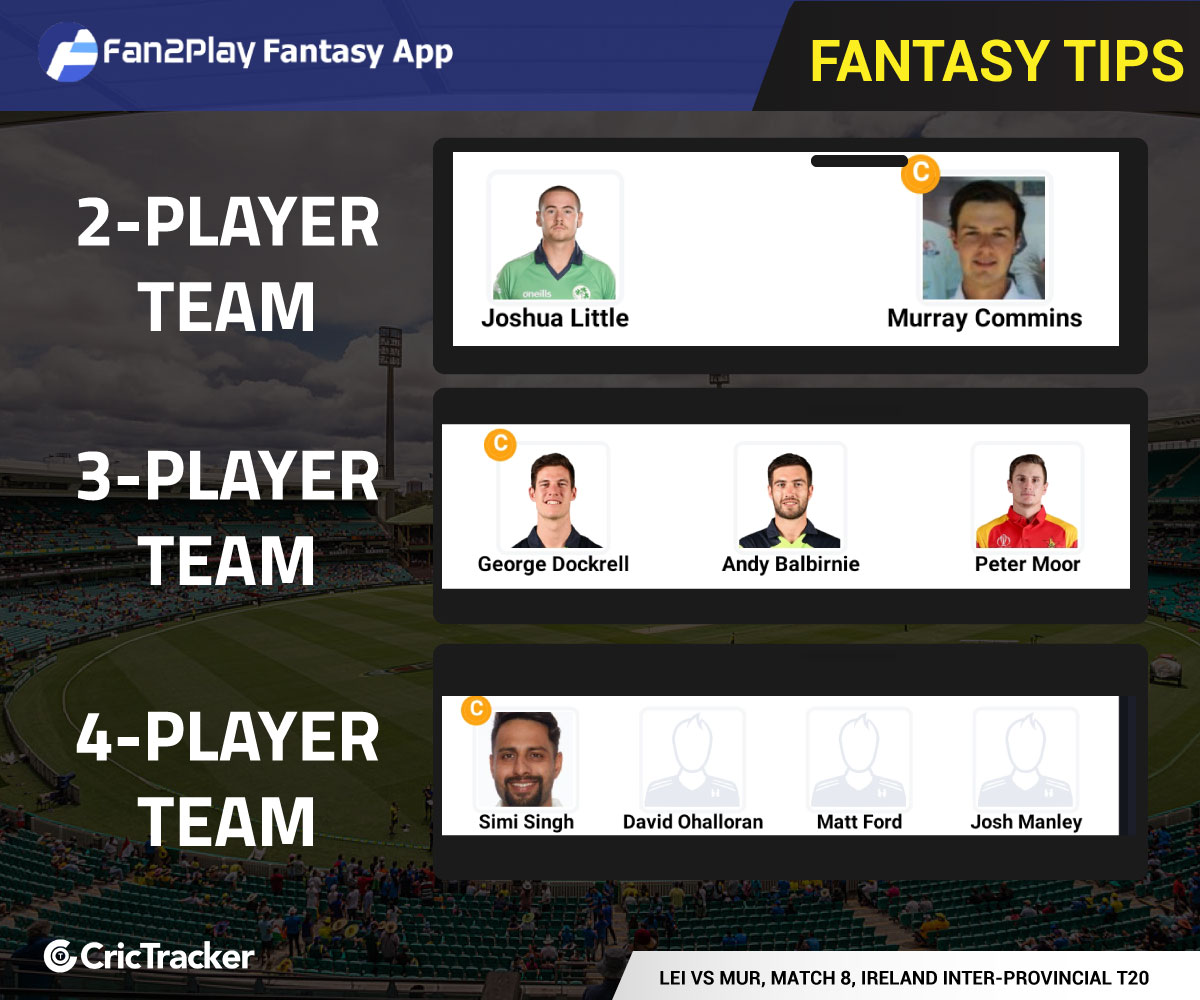 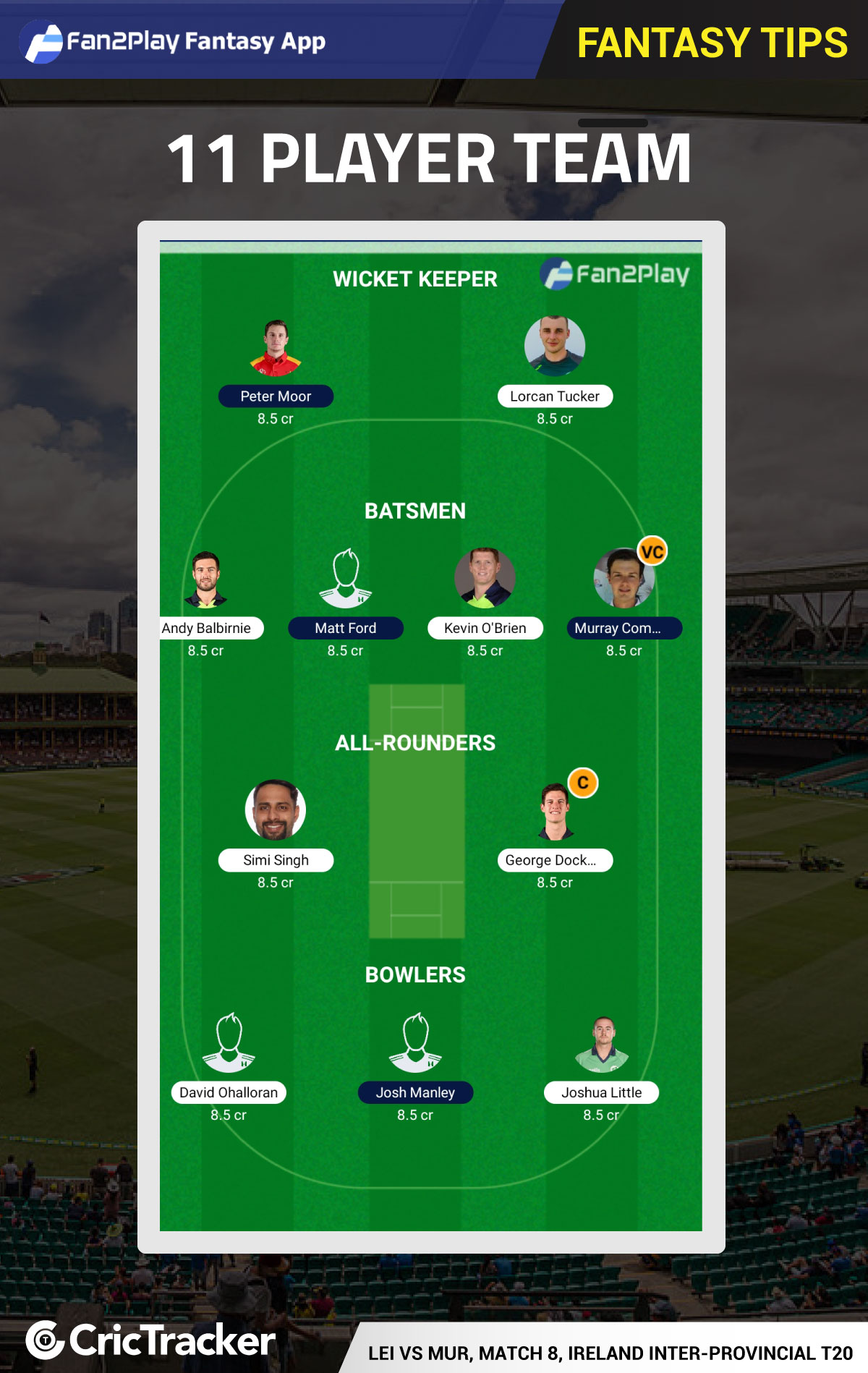