NRK are expected to win this match.

In the 26th game of Tamil Nadu T20 League 2022, we have Lyca Kovai Kings squaring off against Nellai Royal Kings at Salem. Nellai Royal Kings are the table toppers having won all their 6 matches so far. Meanwhile, Lyca Kovai Kings have had a mixed season having won 3 and lost 3 out of the 6 matches which has them placed at fourth in the points table.

The pitch here will help the spinners a lot and batting will be a challenge here. Both teams will look to chase at this venue.

Sai Sudharashan is a quality player and has scored 163 runs in 6 matches at an average of 45 and a strike rate of 125.

NS Harish has been very impressive in the middle overs having picked up 9 wickets in 6 matches at an average of 16.11.

K Easwaran is a talented bowler and has 7 wickets to his name in just 3 games of this edition. 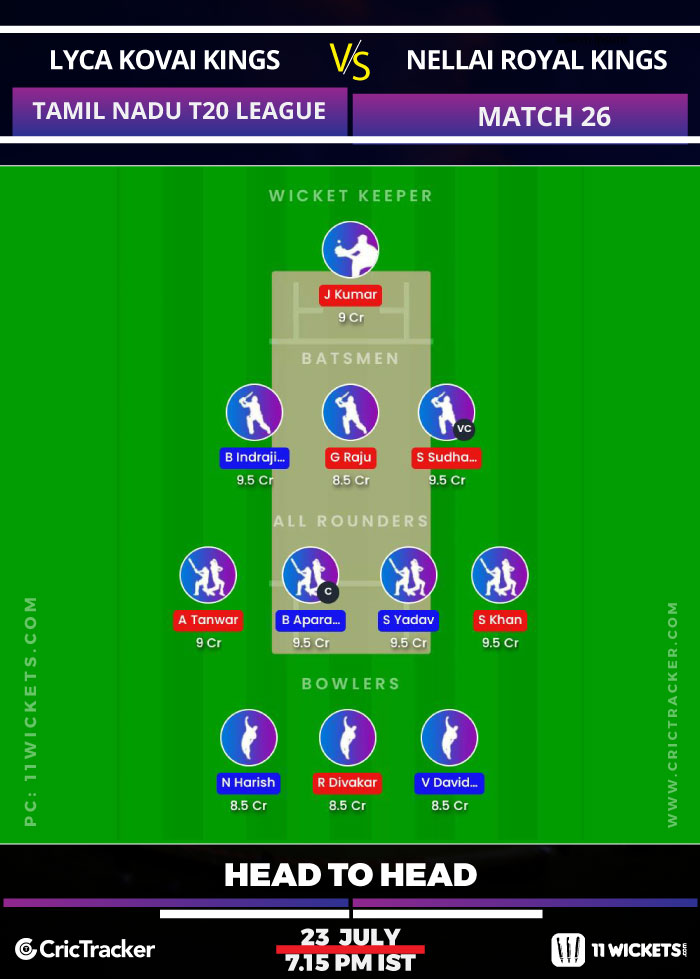 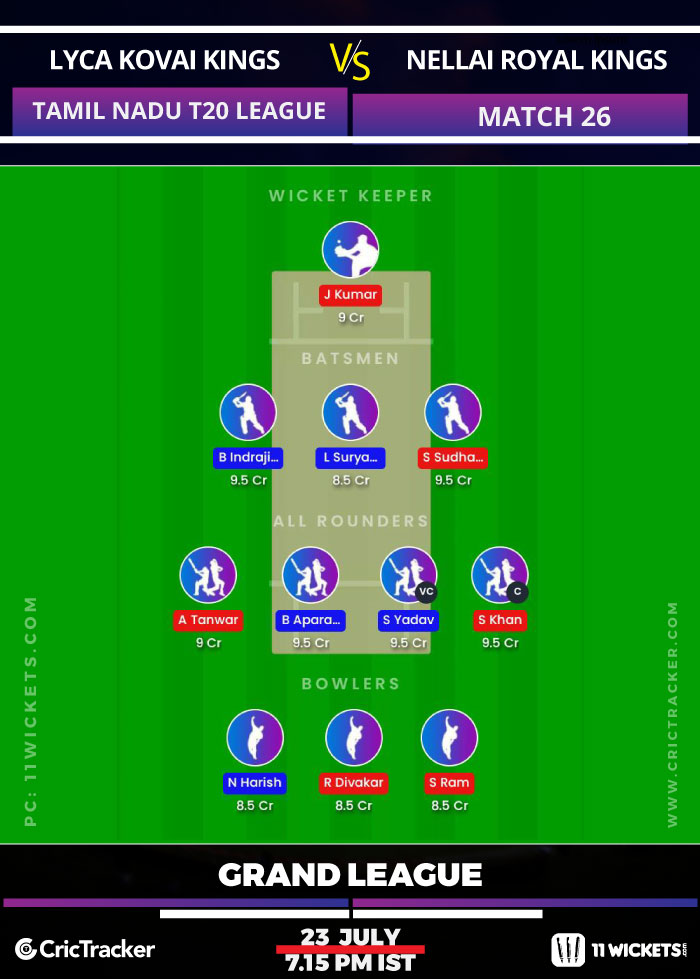 Disclaimer: This team is based on the author’s understanding, analysis, and instinct. While selecting your team, consider the points mentioned and decide.