The 5th season of the Tamil Nadu Premier League is all set to commence from 19th July. The surge of the COVID-19 pandemic did not allow the staging of the tournament last year. Lyca Kovai Kings will battle it out against Salem Spartans in the inaugural match of the 2021 edition.

In the last edition, Lyca Kovai Kings finished in the fifth position on the points table and failed to make it to the playoffs. On the other hand, Tuti Patriots were rebranded as Salem Spartans. They had finished just below the Kings in the last season. Heading into this first game, both the teams would be keen to start the tournament on a winning note.

Runs aren’t expected to come that easy on this pitch. Thus, the batters will have to stay a bit firm and then build on their innings from there. In the first phase of the IPL, we witnessed that the batters struggled a bit initially.

Shahrukh Khan has produced some really impressive performances in the domestic circuit. Owing to this, he also got a good bid in the Indian Premier League 2021. In the 2019 edition of the TNPL, he chipped in 194 runs in 7 matches. He would be a good pick for this match.

With his all-rounding abilities, Vijay Shankar is the other player one can bank on. He has good exposure in the domestic arena and is an established name in the circuit.

S Ajith Ram had scalped 6 wickets in 6 matches for the Lyca Kovai Kings, at a healthy economy rate of under 6. He could be a good pick heading into this encounter. 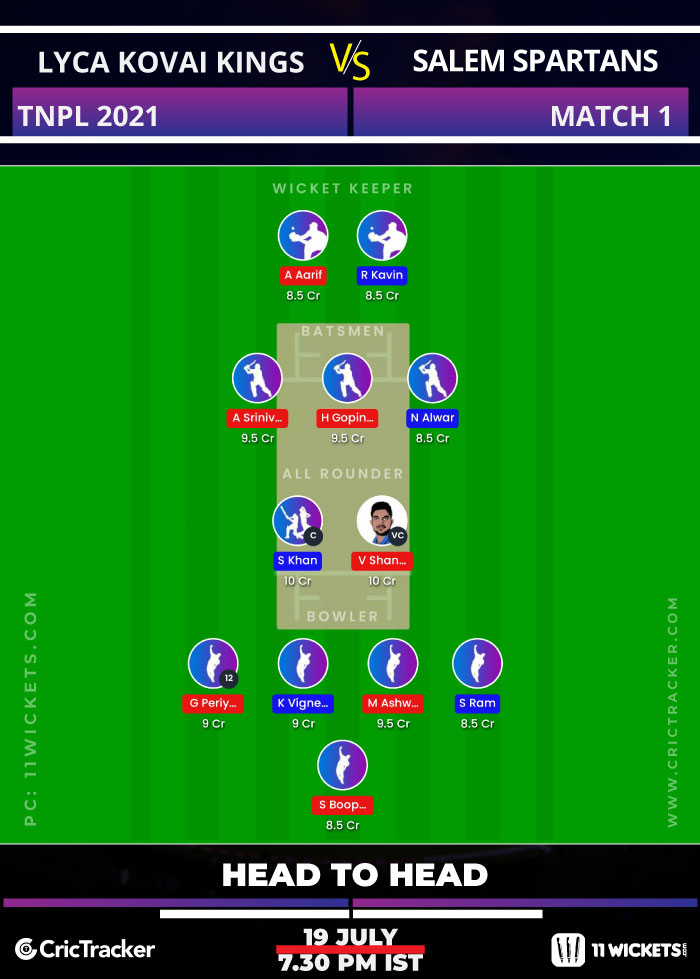 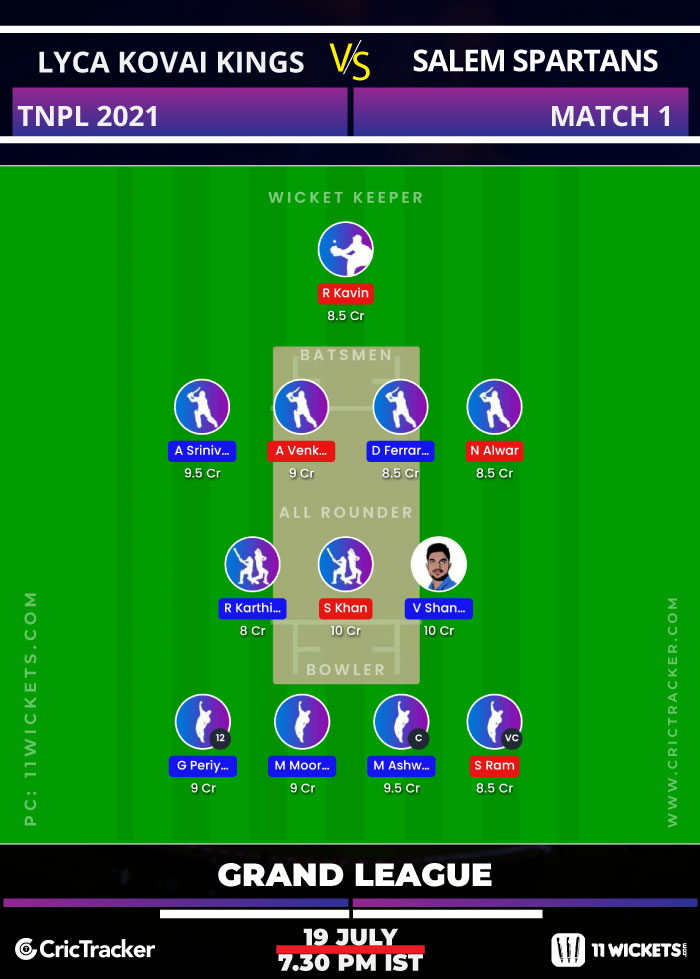