James Vince will be a good pick for this match. 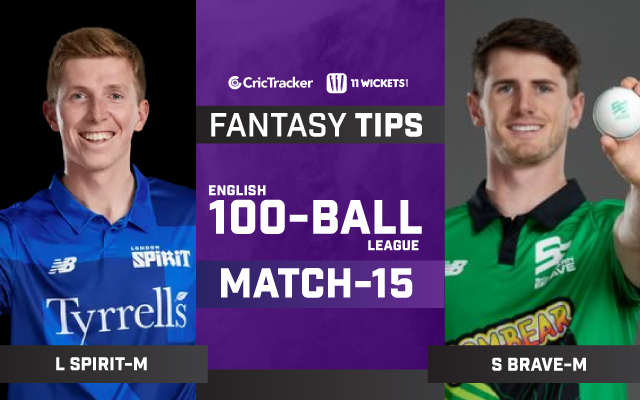 London Spirit and Southern Brave will lock horns in the 15th match of the Men’s English Hundred Balls League. London Spirit are yet to register a win in the tournament. They have lost two matches as their second game was got abandoned. They are placed in the seventh position of the points table and would be keen to secure their first win.

On the other hand, Southern Brave have played 3 matches and have gained victory in one game. They are currently in the sixth position in the table. Both the teams will look to punch above their weights to triumph, which would thus be an intriguing contest.

The surface is supposed to be a batting-friendly one. The pacers will get some help from the pitch and spinners too might chime in the middle orders.

James Vince will be a good pick for this match. In the last game, he scored an impressive 60 and would be keen to take the momentum further. Previously, he had smashed 40 runs in the second match for the Southern Brave.

Devon Conway is the other name that can stand out in the match. He scored 34 runs in the last game and also got off to some start in the second match. He will be an important asset for his team going ahead in the tournament.

Mohammad Nabi can be the other player one can probably bank on. He scalped 2 wickets for London Spirit in the last match. 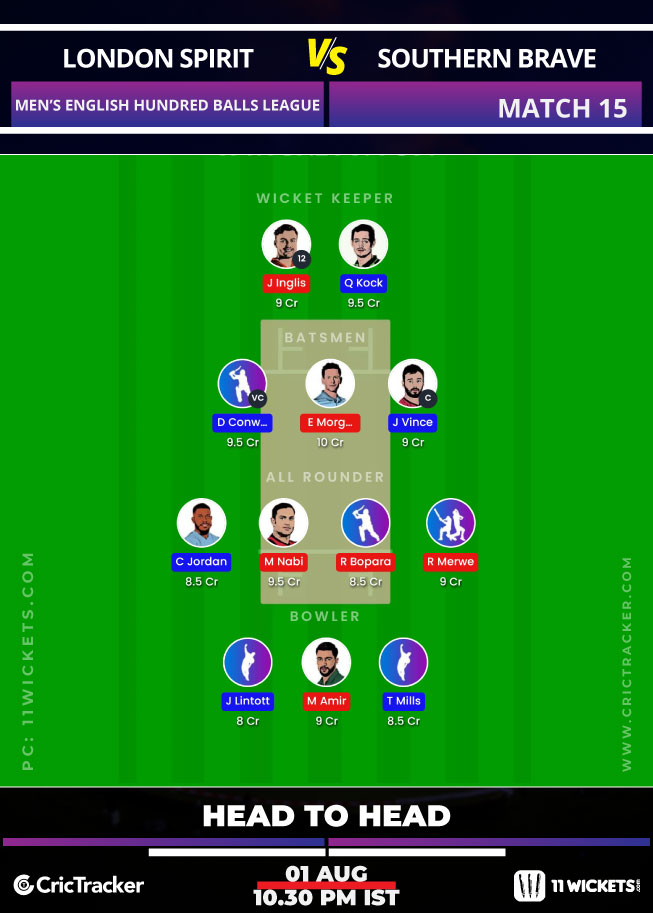 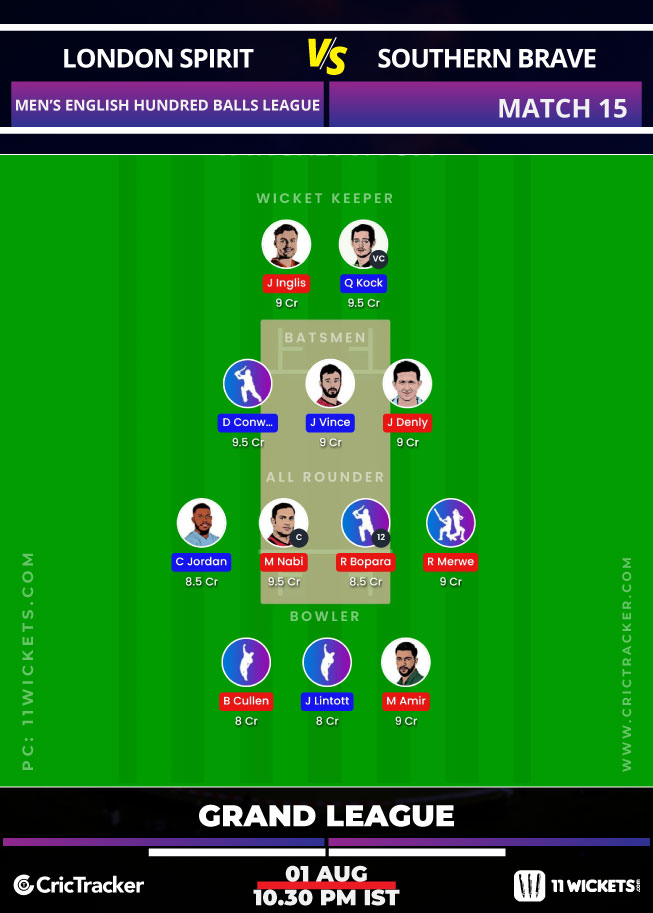