Belgium is expected to win this match.

The 6th match of the Luxembourg T20I Trophy, 2020 will be played between Belgium and Luxembourg at the Pierre Werner Cricket Ground in Walferdange.

Belgium ended its three-match losing streak against Luxembourg in the first round match. The hosts could not chase down the 166-runs target set by the Belgian team. Captain Shahreyar Butt led the Belgian side from the front with a 81-runs knock. In the next game, the defeated the Czech Republic by 46 runs making it two in two.

Luxembourg, on the other hand, has only one win in three matches. Their below-par performance on the second day has resulted in two consecutive losses. With the winning momentum on their side, Belgium will look to go hard at the opposition

Light rainfall is expected during the match time. The temperature will stay around 19 degrees Celsius.

The batsmen have scored runs with ease on this wicket. The fast bowlers have also enjoyed equal success, but the slower bowlers have struggled to gain any success here.

Average first innings score: 160 (So far in the tournament)

When David Willey took a hat-trick for Mumbai against England

Tony Whiteman top-scored for Luxembourg in the match against Belgium. He played a knock of 36 runs, smashing six boundaries. He can be backed to perform well in the upcoming match as well.

Belgian captain Shahreyar Butt has been in sublime touch so far. After a match-winning knock against the hosts, he continued his form against Czech Republic as well, which makes him the number one pick from the batting department.

William Cope troubled the Belgian batsmen with his bowling in the first few overs. He dismissed Syed Jamil and Saber Zakhil, while conceding only 22 runs in four overs. Cope could emerge as the best bowler in this contest as well. 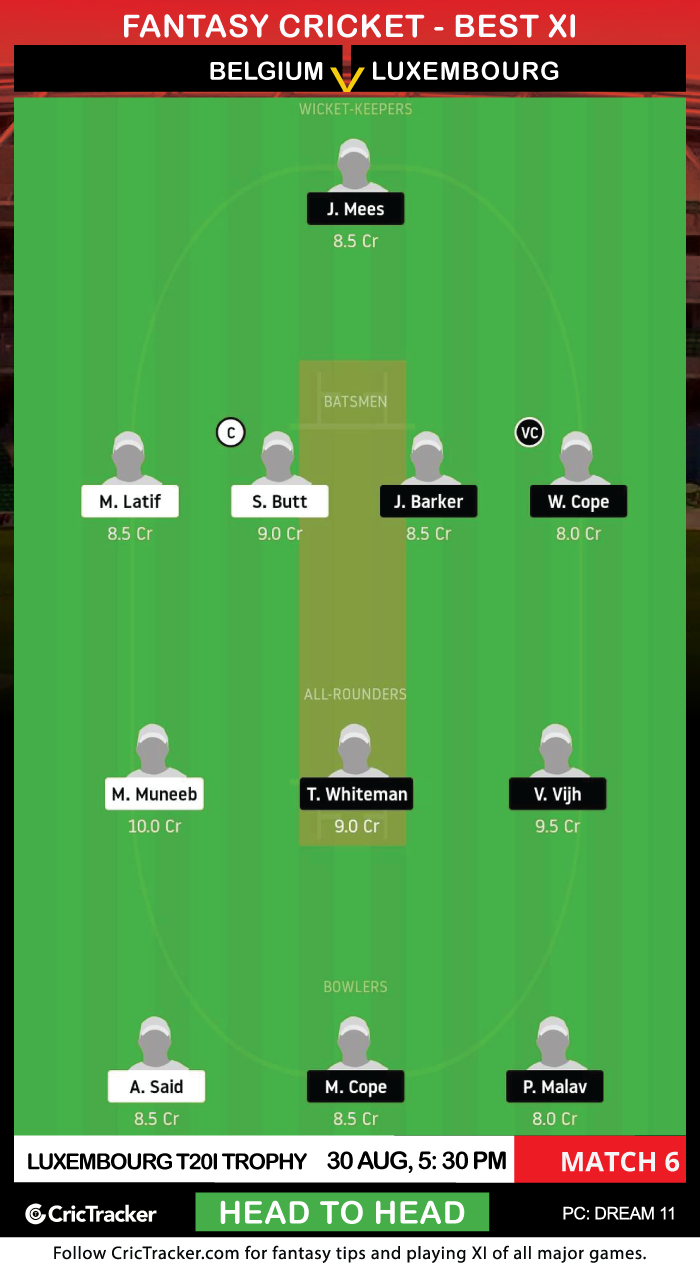 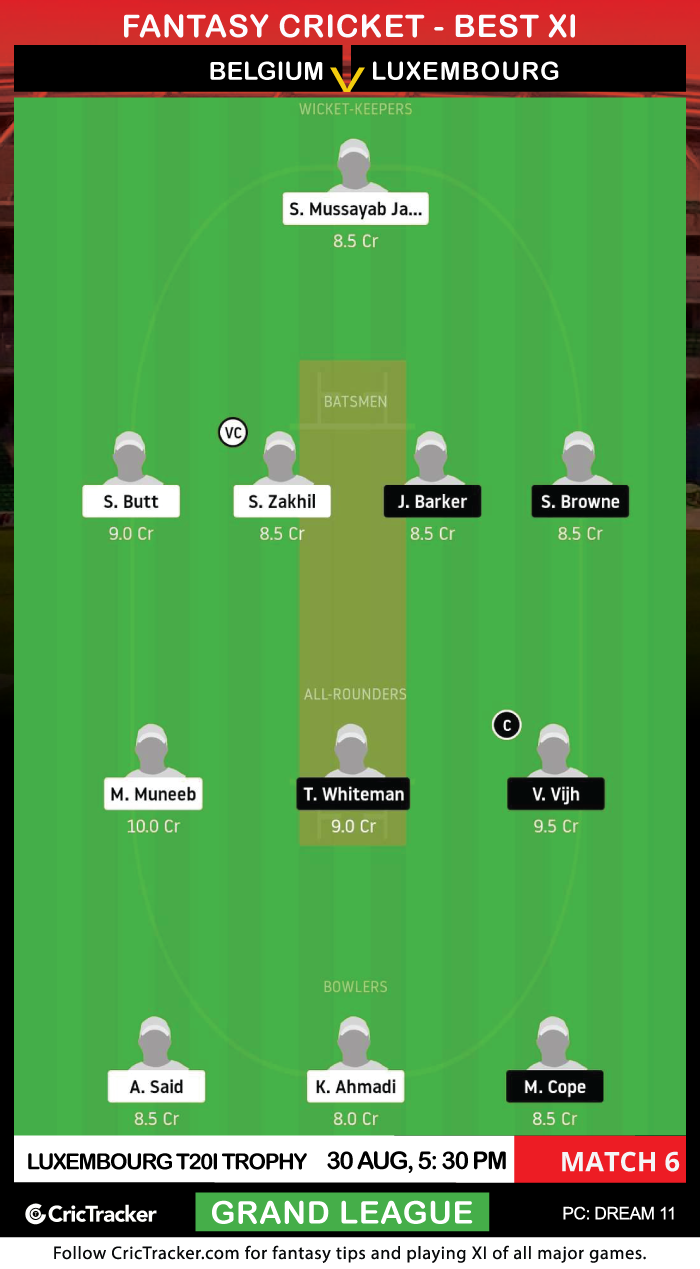 Saber Zakhil bats in the lower middle order, but he proved that he is a destructive batsman with his 11-ball 27 that included three maximums. Zakhil is one of the key bowlers of Belgium, making a ‘must have’ for this match.

Belgium is expected to win this match.