Darshit Patankar has been impressive this season.

Southern Crusaders and American University of Malta will cross swords in the Match 31 and 32 of the ECS T10 Malta 2021. The encounter will be played at the Marsa Sports Complex in Malta on Tuesday (June 22).

American University of Malta have been on a roll this season and are one of the front-runners to win the competition. They started the tournament in a thrilling fashion and registered three victories on the trot. However, their last outing wasn’t memorable as Atlas UTC Knight defeated them by 34 runs.

On the other hand, nothing much has gone Southern Crusaders’ way in this competition. They lost their first four games and are subsequently reeling at the rock bottom of the table. Performing well as a unit has been a major concern for them. Hence, it would be interesting to see how they’ll bounce back.

Captaincy Picks for MAL vs CRU

American University of Malta’s wicketkeeper-batsman Darshit Patankar has been in red-hot form this season and has troubled many bowlers. The dasher doesn’t like to waste too much time to settle down and attacks bowlers right from the outset. So far, he has mustered 169 runs in five outings at a strike rate of over 180.

Many eyes will also be on Bilal Khan in this game. The Southern Crusaders all-rounder has delivered in all three departments and would be raring to shine again. So far, he has scalped six wickets in the competition at an impressive economy rate of 7.80. He has also been brilliant with his big-hitting lower down the order. 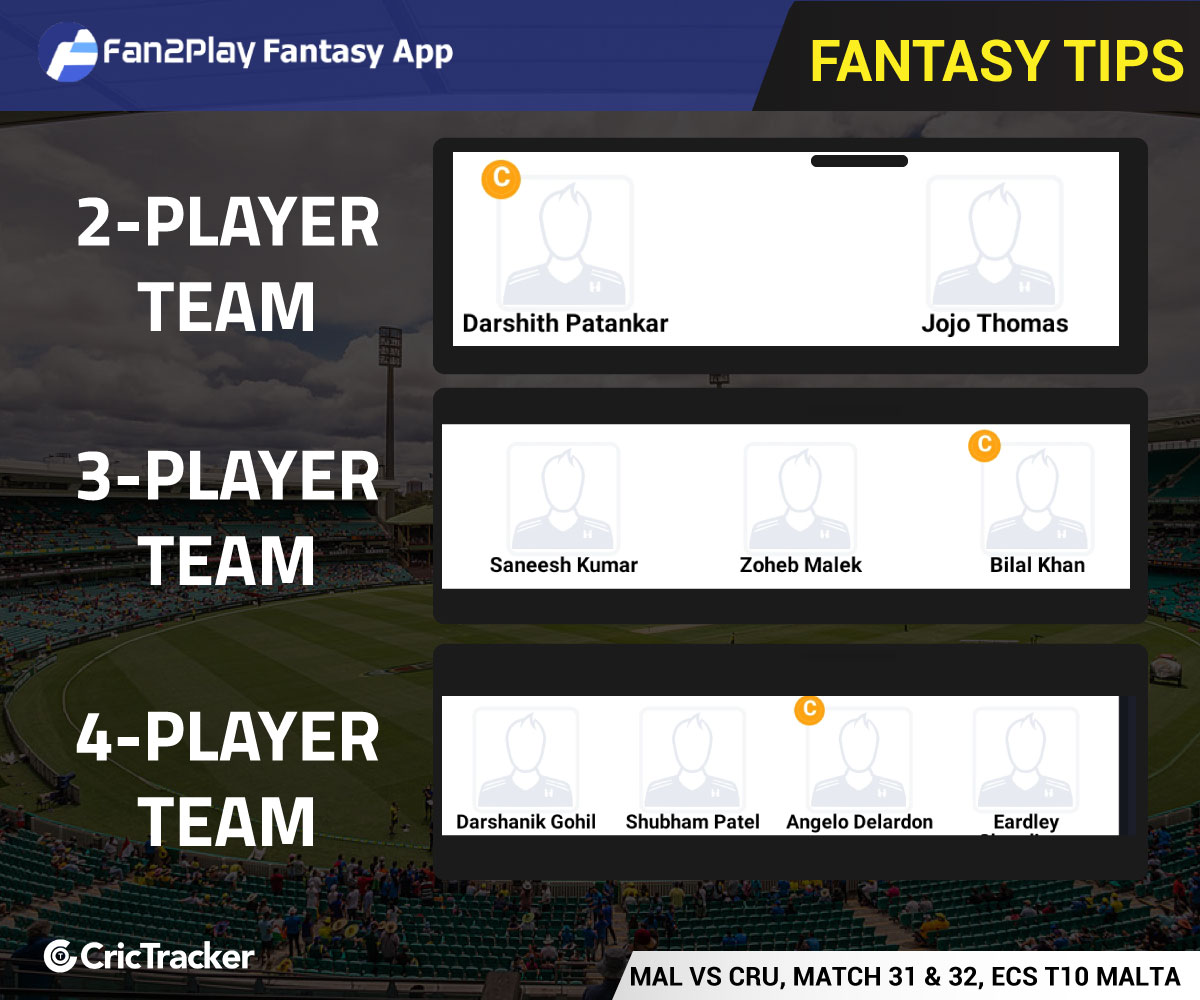 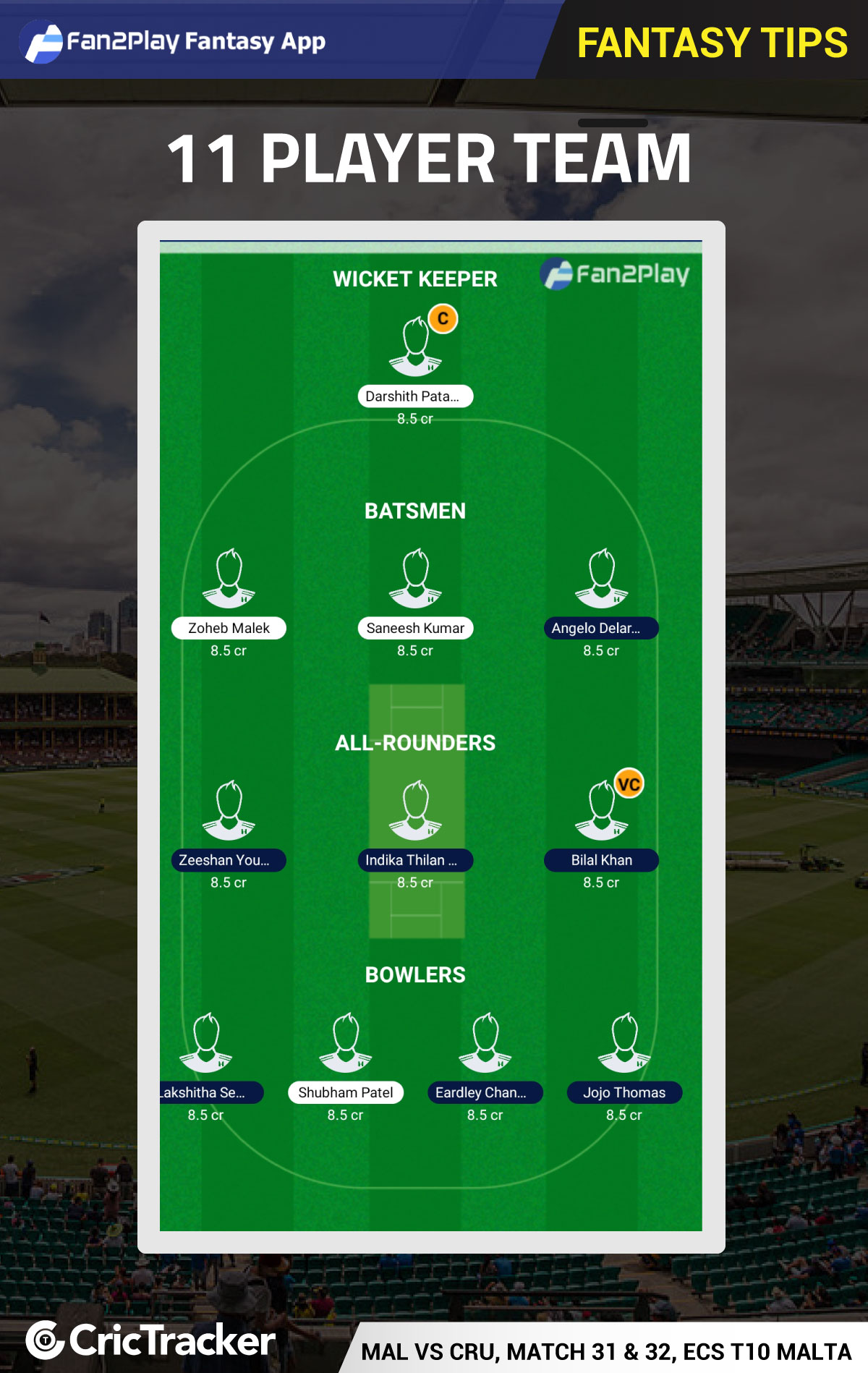