Malaysia have had a pretty rough time so far in the 2021 Nepal Tri-Nation series. They showed glimpses of their capabilities in their first game against Netherlands, but eventually ended up losing the match. Then, they suffered a big defeat against Nepal.

Despite being winless in this series, they still have a chance of going through to the final, if they can win their last two matches. They will take on the Netherlands, who are more likely to get into the final. They have won 2 matches and a win here will be enough to guarantee them a place.

The surface here in Tribhuvan University International Cricket Ground is completely batting-friendly. The team batting first should aim for at least 170.

Bas de Leede played an excellent knock in his last game to help his team get a win against the hosts Nepal. He scored an unbeaten 81 from just 42 deliveries.

Pieter Seelaar has been handy with both the bat and the ball for the Oranje. He has picked up 3 wickets and has also scored over 50 runs.

Virandeep Singh has been Malaysia’s best batsman in this competition. He has scored over 90 runs at a strike rate of over 140. 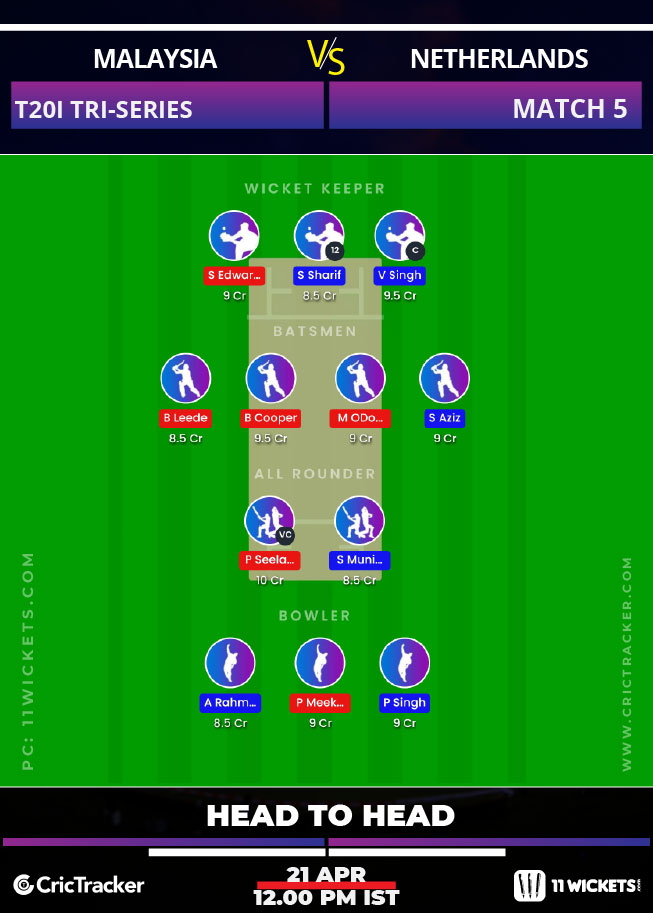 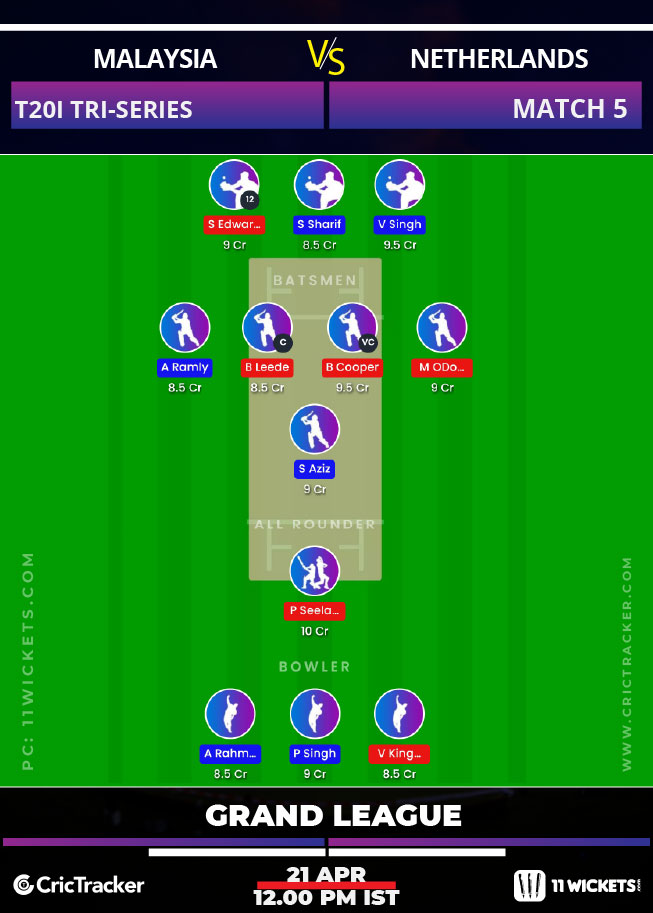