Harinderjit Singh has a batting average of over 40 in domestic T20s as he scored 362 runs from only 13 innings. 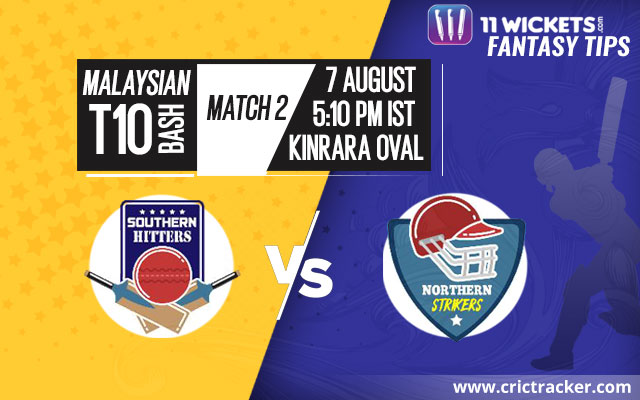 The 2nd match of the Malaysian T10 Bash, 2020 will be played between Northern Strikers and Southern Hitters at the Kinrara Academy Oval in Kuala Lumpur.

Northern Strikers and Southern Hitters will lock horns in the second match scheduled for Friday in the Malaysian T10 Bash. This game will be played under the lights after completion of the tournament opener between Central Smashers and Western Warriors. Syed Aziz Syed Mubarak and Virandeep Singh will be leading the Strikers and Hitters respectively. Numerous Malaysian T20I cricketers will be part of this match such as Bhushan Save, Nazril Rahman and Aminuddin Ramly alongside the two team skippers.

Partial clouds are expected at the Kinrara Oval on Friday evening without any rainfall.

There could be some assistance for the pacers under the lights at the Kinrara Academy Oval. However, the things will be different if matting tracks are used for the tournament.

Virandeep Singh has amassed 1916 runs at an average over 40 and also picked up 43 wickets across 65 domestic T20s.

Ariff Jamaluddin has scored 810 runs in 36 domestic T20 innings with help of five fifties at a strike rate of 125.

Muhammad Gulraiz has scored 555 runs at a strike rate of 176 in only 13 domestic T20 innings and also bagged 13 wickets in this format.

Harinderjit Singh has a batting average of over 40 in domestic T20s as he scored 362 runs from only 13 innings. 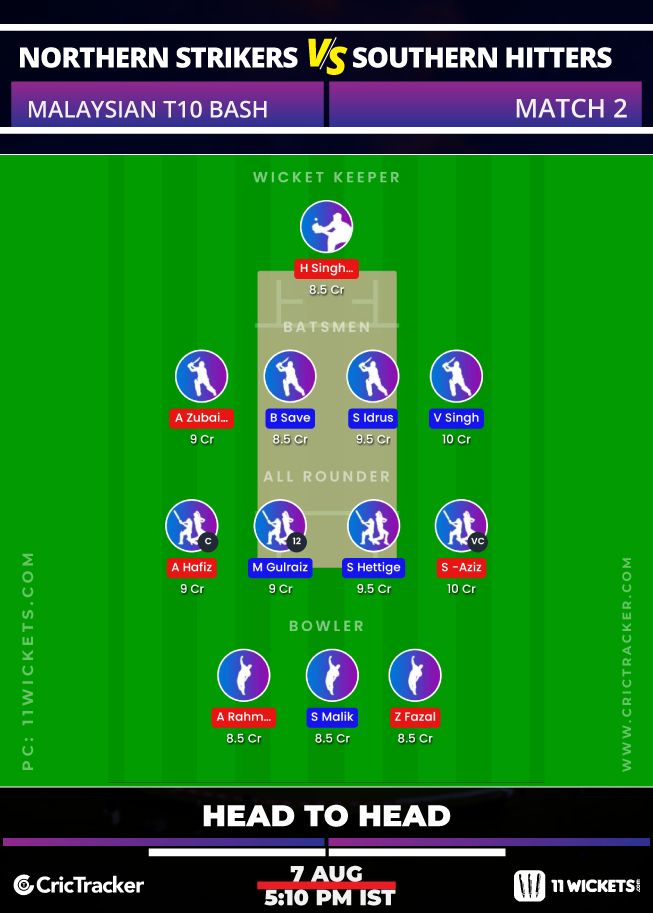 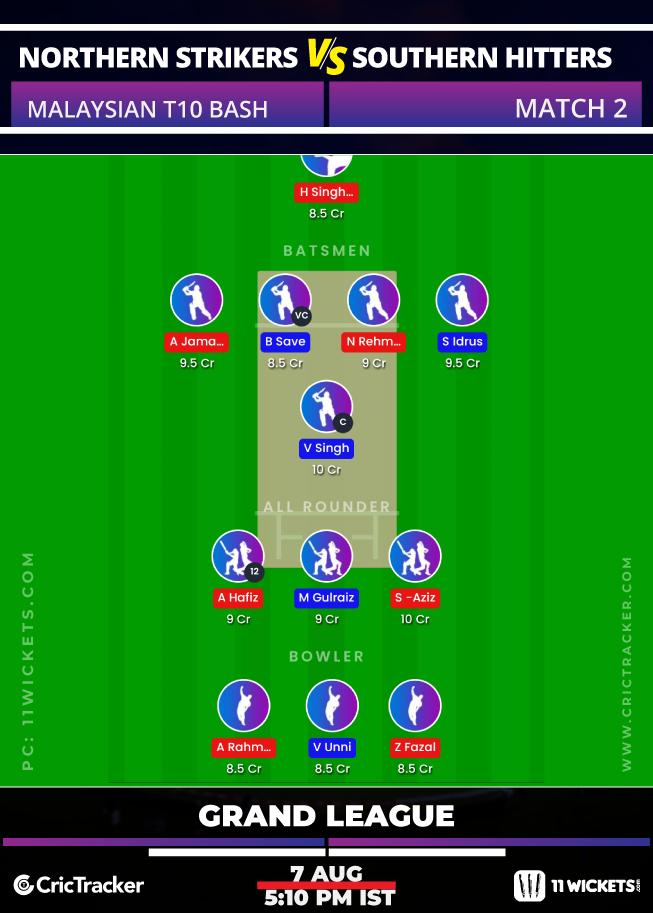 The probable playing XIs and fantasy teams we picked for this match are based on the domestic stats of the respective players available. Hence, we might not see more than a couple of them missing Friday’s match.

Southern Hitters are expected to start their campaign with a close win against the Northern Strikers.