The 17th match of the ECS T10 Malta 2020 will be played between Marsa CC and the Atlas UTC Knights CC at the Marsa Sports Club, Malta on Monday.

Marsa CC and the Atlas UTC Knights CC will face each other in the 17th match of the ECS T10 Malta 2020 on Monday. This will be the second match of the day for both teams. The two competing teams are unbeaten in this tournament so far. Marsa CC won their last match against Overseas CC by 36 runs.

On the other hand, the Atlas UTC Knights CC won their last match against Overseas CC by 12 wickets. They saw their first match getting abandoned due to rain. Both teams will look forward to winning this match and gaining some valuable points at the start of the tournament, and also have the momentum on their side.

The weather forecast shows it will be sunny during the match time. The temperature will be around 19 degrees Celsius with no rain throughout the day.

The pitch at the Marsa Sports Club is very helpful for the bowlers, especially in the second half. Both teams should look to bat first at this venue.

Samuel Stanislaus has been outstanding with the bat in his last two matches. He has amassed 70 runs at a strike-rate of 156 for his side.

Nowell Khosla is the highest run-scorer for the Marsa CC in this tournament so far. He has scored 81 runs in three matches at a brilliant strike-rate of 193.

Eldhose Mathew has been brilliant with the ball, as he has managed to pick 5 wickets for just 32 runs in 3 matches.

Haroon Mughal has been decent with both bat and the ball, as he has managed to score 54 runs and has also picked up 4 wickets in 3 matches he played.

Suggested Playing XI No.1 for MAR vs AUK Fantasy Cricket: 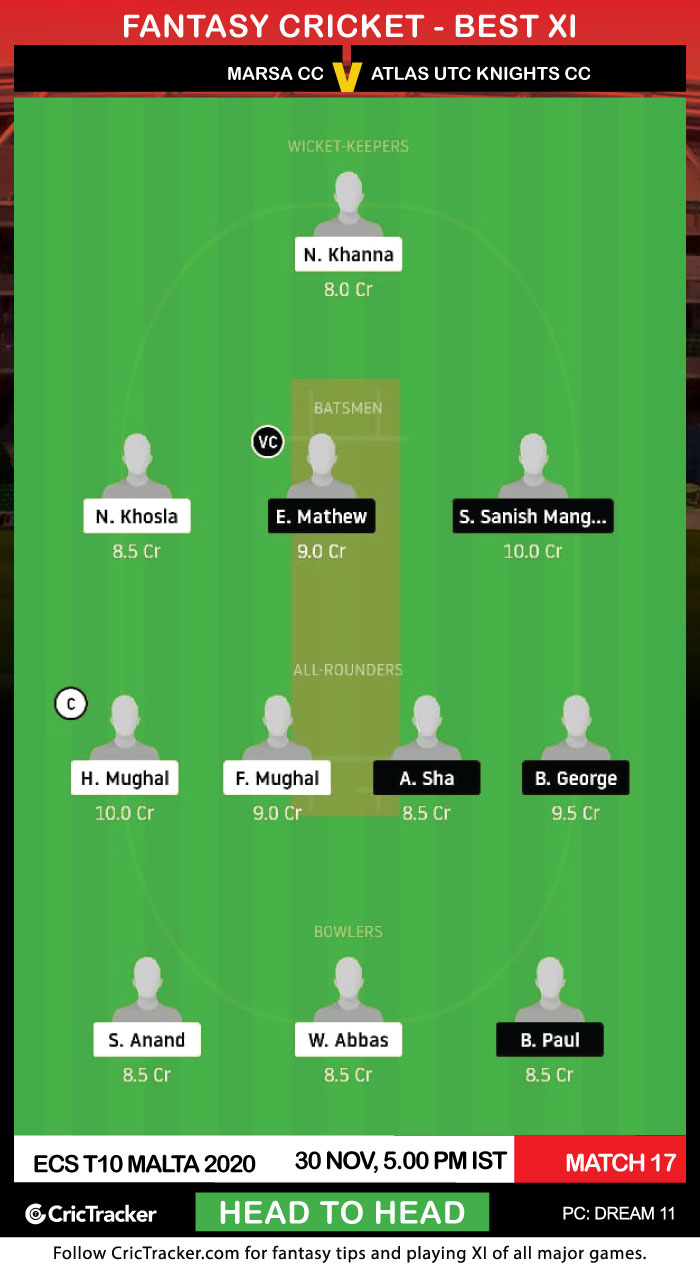 Suggested Playing XI No.2 MAR vs AUK for Fantasy Cricket: 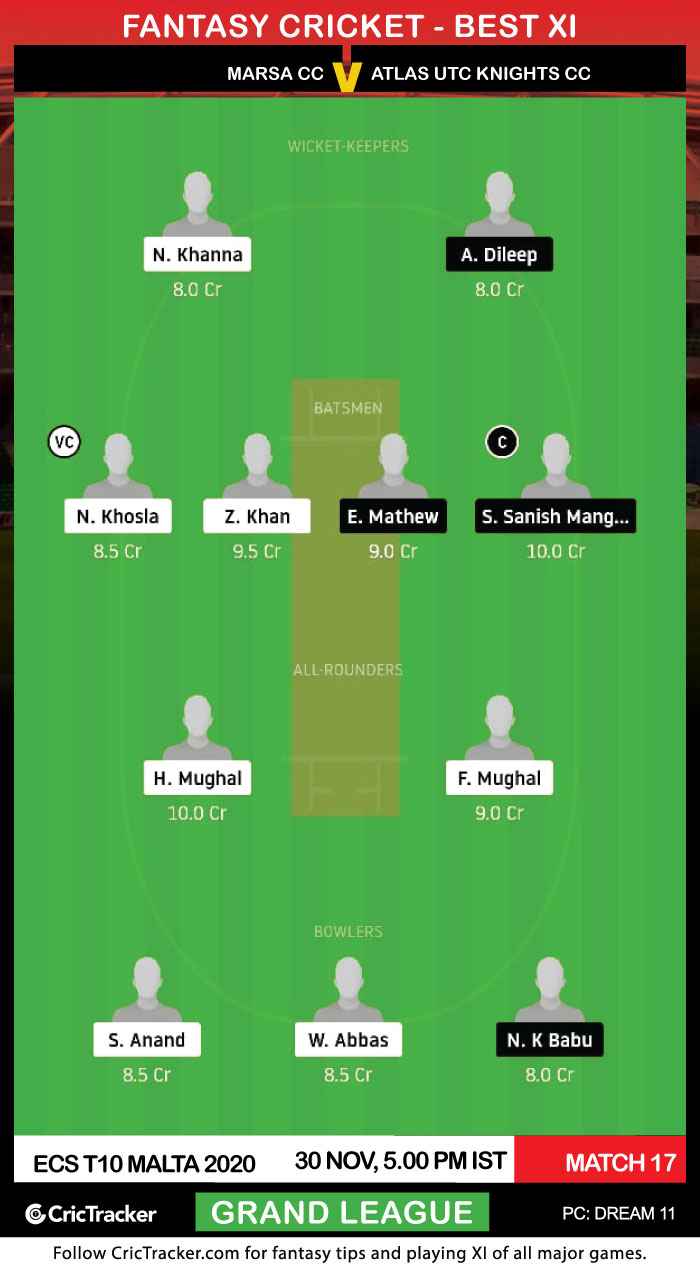 It is advisable to pick four all-rounders in any one of your Dream11 Fantasy teams, as they can do well with both bat and ball as well.

Marsa CC are expected to win this match.