Rohit Juneja is a good captaincy pick for this contest.

Marsta will lock horns with Forenom Royals in the 4th Quarter-Final of the ECS T10 Sweden tournament. This match will be played at the Norsborg Cricket Ground in Stockholm.

Marsta haven’t done much wrong this season and are also touted favourites to win this fixture. With five wins in eight games, the side finished at the top of the Group A team standings. They’ll head into this game on the back of a six-run win over Djurgardens and would like to extend their winning streak.

On the other hand, Forenom Royals’ campaign hasn’t been that sensational. They blew hot and cold this season and their position in the points table narrates the entire story. The Royals finished fourth in Group A, having won three of their four games. Hence, they must put up a substantial effort to defeat Marsta.

Predicted Playing XIs for MAR vs FOR:

Captaincy Picks for MAR vs FOR:

Skipper Rohit Juneja will have the onus to defy the odds and take underdogs Forenom Royals to victory in this clash. The all-rounder has contributed in all three departments and expectations are high from him. He has, so far, scored 149 runs and scalped eight wickets in the tournament.

Another player who can shine in this contest is Sweed Ullah. The all-rounder has been instrumental in Marsta’s stellar campaign this season. He picked up wickets consistently alongside scoring crucial runs in end overs. In total, Ullah has scalped seven wickets and scored 37 runs so far this season. 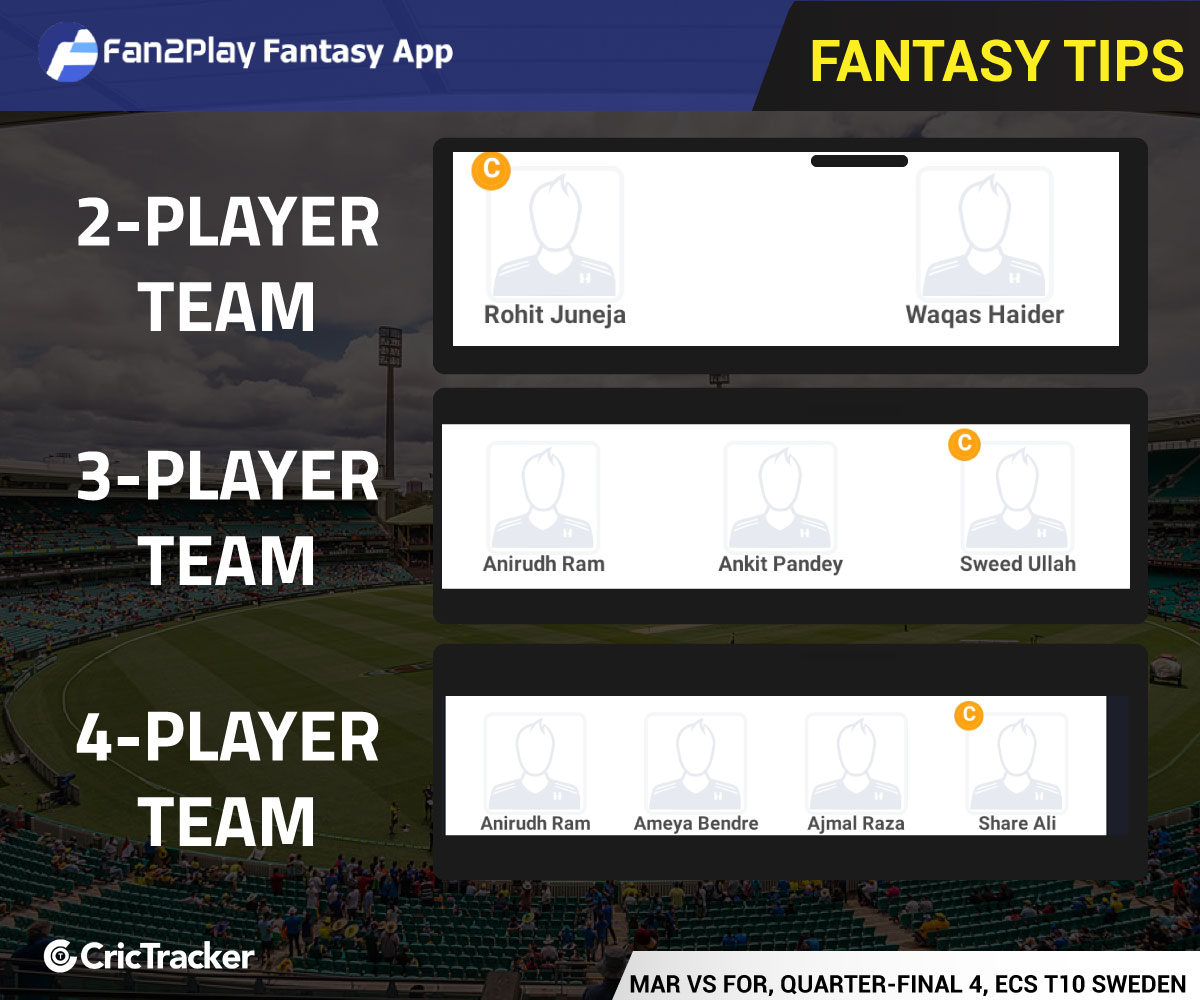 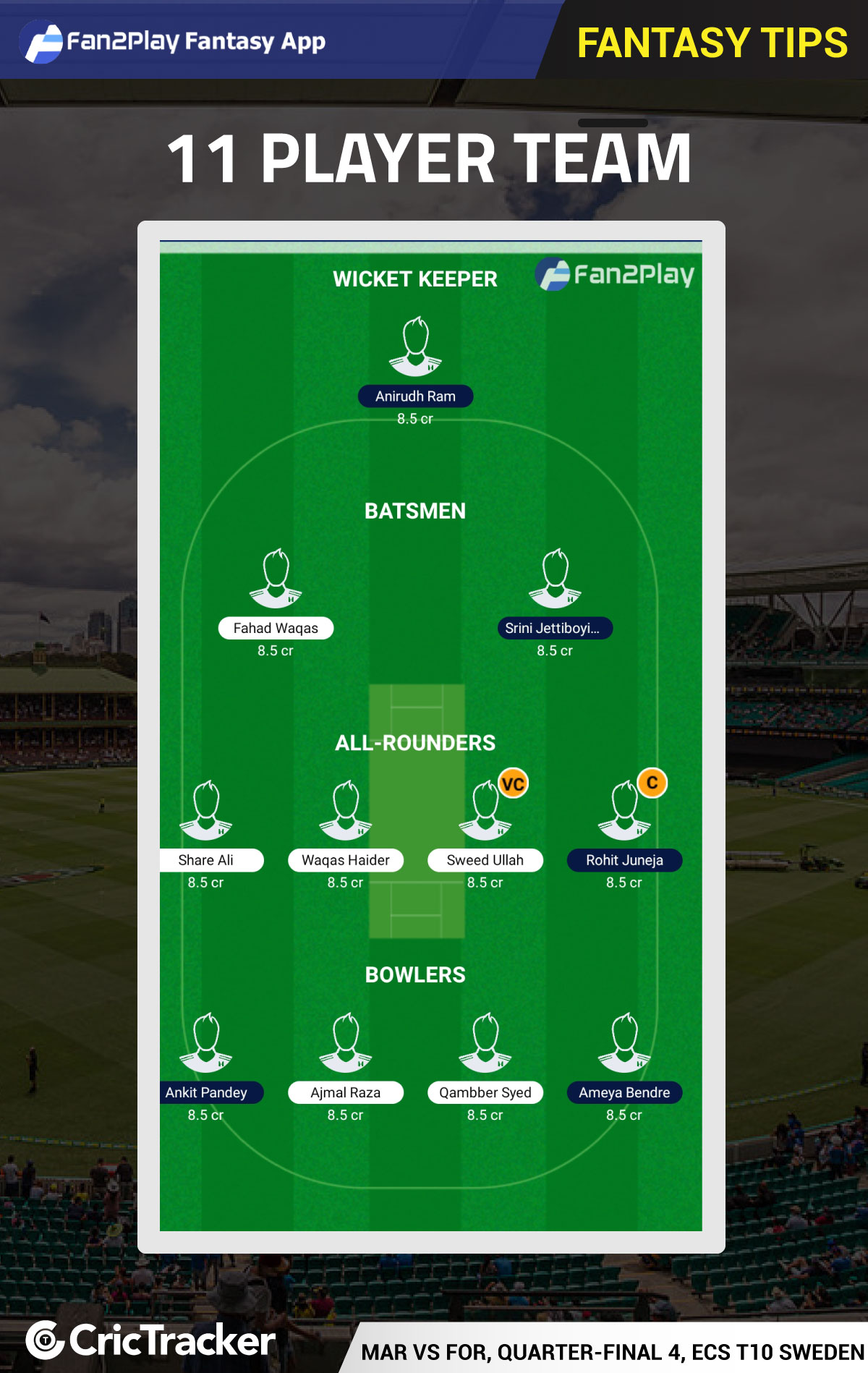