This is the second match of the Marsh One Day Cup where South Australia will clash with Queensland on Wednesday. The game is scheduled to play at the Karen Rolton Oval in Adelaide. South Australia lost their previous encounter against Western Australia as they failed to chase the total of 316 runs (D/L method) posted by the opposition.

Talking about Queensland, finished at the third position in the previous edition of the tournament. They look like a settled team and would be eager to get off the mark with a win. They also have some quality players on the paper and it will be interesting to see who’s going to kick off their campaign with a win in the opening match on Wednesday.

The track at this venue is a good one to bat on. It has enough in it for the batters and bowlers have to hit the right line and length to contain runs on this surface.

The wicket-keeper batsman Alex Carey was the lone warrior in the first encounter against Western Australia. He remained unbeaten on 128 that includes 15 boundaries and a six.

Kane Richardson has been decent with the ball and bagged two wickets after conceding 61 runs in his spell.

Usman Khawaja has represented Australia in international cricket. He has amassed 1554 runs that he played at an average of 42, with the highest score of 104.

Marnus Labuschagne is the other must-have player in your fantasy team. He can fetch you points with both the bat and the ball. 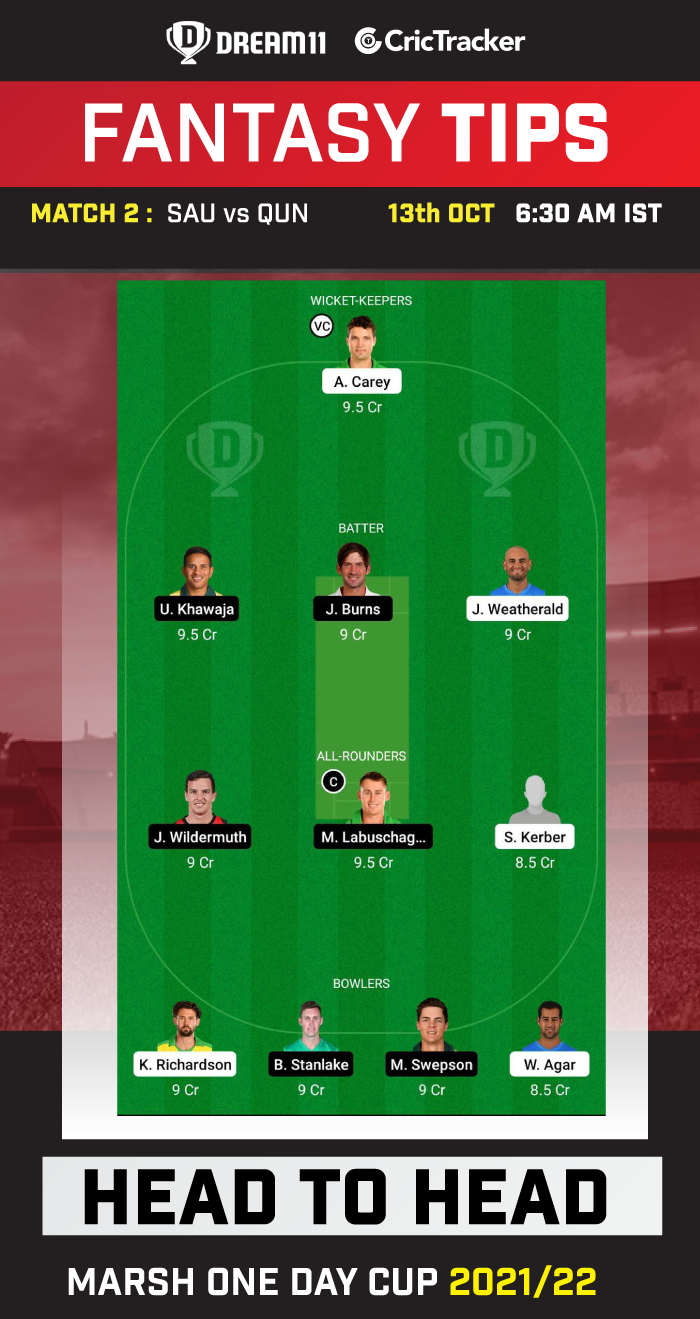 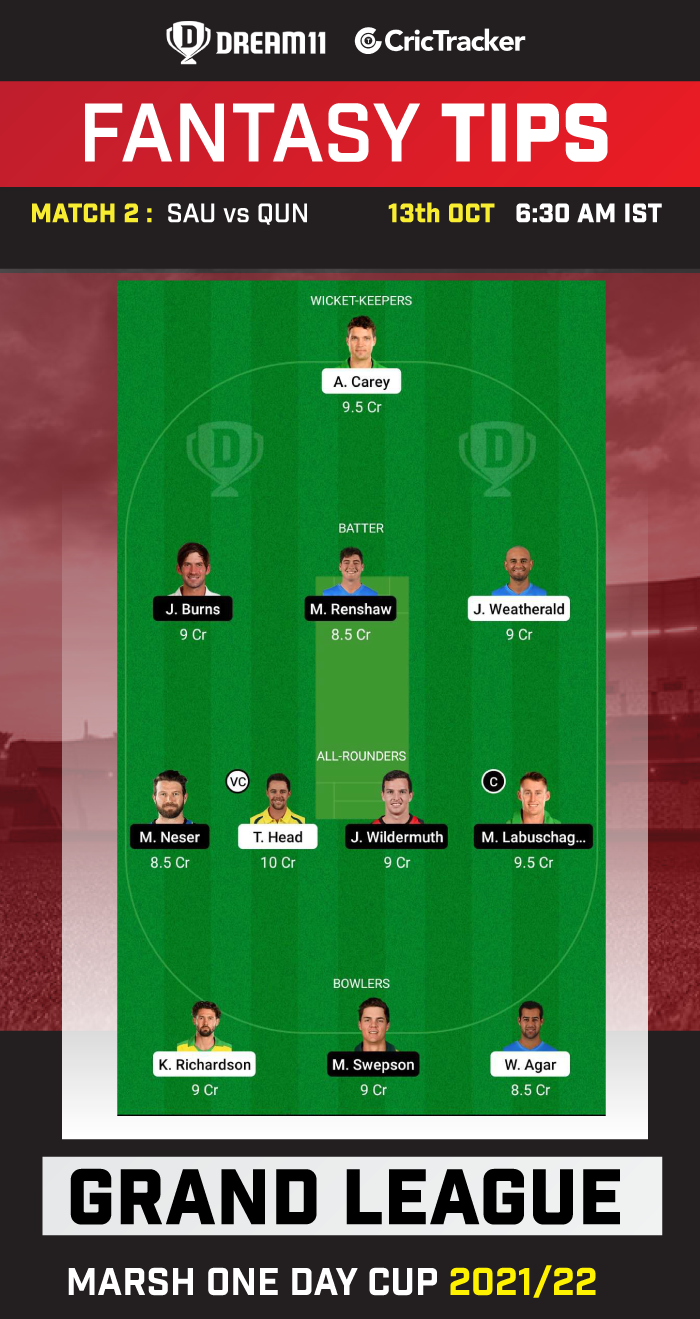