Jake Doran and Riley Meredith are back into the Tasmania squad after missing the opening Sheffield Shield game.

Western Australia will take on Tasmania in the 3rd match of the Marsh One Day Cup 2021/22 on Friday. With some inspirational batting performances from Josh Philippe and Mitchell Marsh, and an even better bowling display from Jason Behrondorff helped Western Australia to seal a victory over South Australia by 78 runs (D/L Method) in the opening game of the tournament. Mitchell Marsh’s absence will hurt them in this game for Western Australia.

Tasmania will be playing their first match of the tournament. Tasmania didn’t make it to the finals of the last edition since they finished 4th in the standings with 10 points. They had lost to Western Australia in all their last 5 meetings and will be expecting a better performance in this match. Jordan Silk to lead the side in this game for Tasmania.

It’s one of the fastest tracks in the world where the ball zips across the surface. Even the batters will get opportunities to score runs as well. Batting 2nd is a good option on this wicket.

Josh Philippe was outstanding with the bat in the first match against South Australia where he scored his maiden List A century. He ended his innings after a well-made 137 runs from 116 balls.

Ashton Turner showed his aggressive intent against South Australia and scored quickfire 46 runs from 28 balls which included 4 fours and a six. He is all set to lead the side in this match.

Jordan Silk is a great striker of the ball who had a good run with the bat in the last edition. In 4 innings he has mustered 175 runs at an average of 58.33 which comprises 2 half-centuries.

Ben McDermott will be a good pick for your fantasy teams. His experience will be vital for his side. He has scored 1032 runs in his List A career at an average of 44.86.

WAU vs TAS Must Picks for Dream11 Fantasy Cricket: 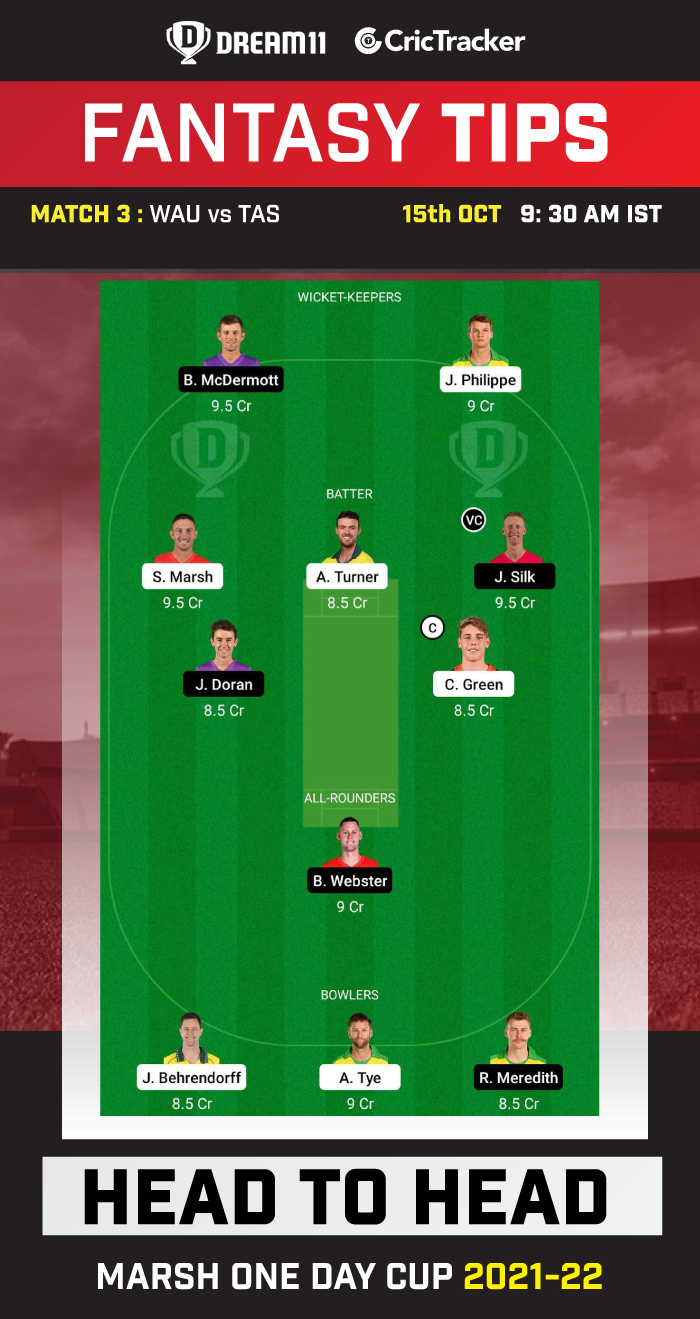 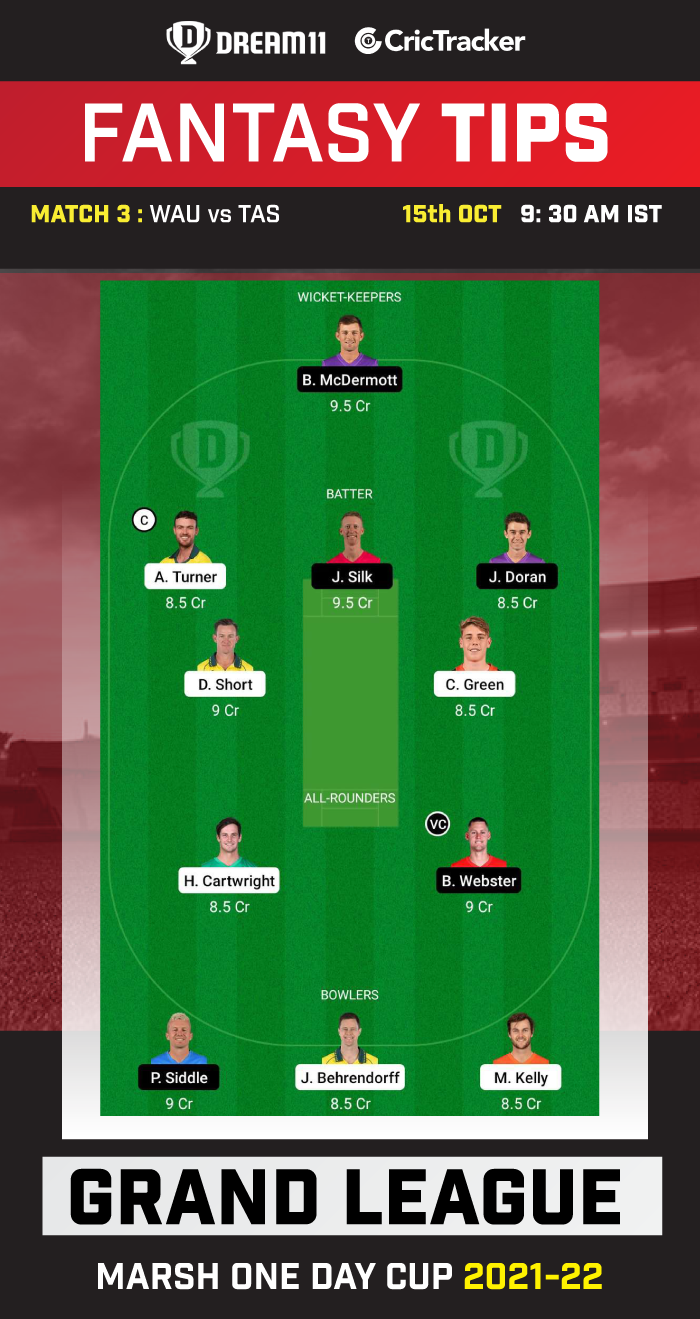 Shaun Marsh is in fine touch in the longest format of the game. He is waiting to make a big impression in the limited-overs format. It’s worth a risk and you can pick him as your fantasy team skipper.

Riley Meredith bowls some serious pace and the wicket here at WACA will definitely suit him in this match. You can take a risk and pick him as your fantasy team skipper.

Lawrence Neil-Smith is yet to make a debut in List A cricket. It’s better to avoid him while making your fantasy teams.