Josh Philippe is in sublime form with the bat and an excellent pick for your fantasy teams.

Queensland will be up against Western Australia in the seventh match of the tournament on Monday. After getting thrashed by South Australia in their opening game, Queensland did really well in their second fixture to beat Tasmania by 45 runs (D/L Method) in a rain-marred match. Matthew Renshaw and Connor Sully were the top performers for them in the winning cause.

Western Australia, on the other hand, are in a good position at the moment, having won 2 of their 3 matches and are sitting at the top spot in the standings with 9 points. They defeated South Australia by 6 wickets (D/L Method) in the previous match to register their second win in this tournament.

The wicket here at Gabba is famous for its pace and bounce. Having said that, the batters will get full value for their shots as well. The boundaries are quite big on either side of the ground and hence strike rotation will be the key.

Matthew Renshaw took the responsibility and played an excellent knock in the last game against Tasmania. He scored 76 runs from 62 balls, which comprised 13 fours.

Marnus Labuschagne is yet to make a big impression in this tournament. He has scored 33 runs in 2 matches at an average of 16.5. He is a high-caliber player, and we can expect big innings from him.

Josh Philippe is in some kind of form in both limited-overs as well in the longest format of the game. In 3 matches in this tournament, he has scored 163 runs at an average of 54.33, with the highest score of 137.

Skipper Ashton Turner has scored 146 runs in 3 matches so far in this tournament at an average of 48.66, with the best score of 100. He is a game-changer and a must-pick for your fantasy teams.

QUN vs WAU Must Picks for Dream11 Fantasy Cricket: 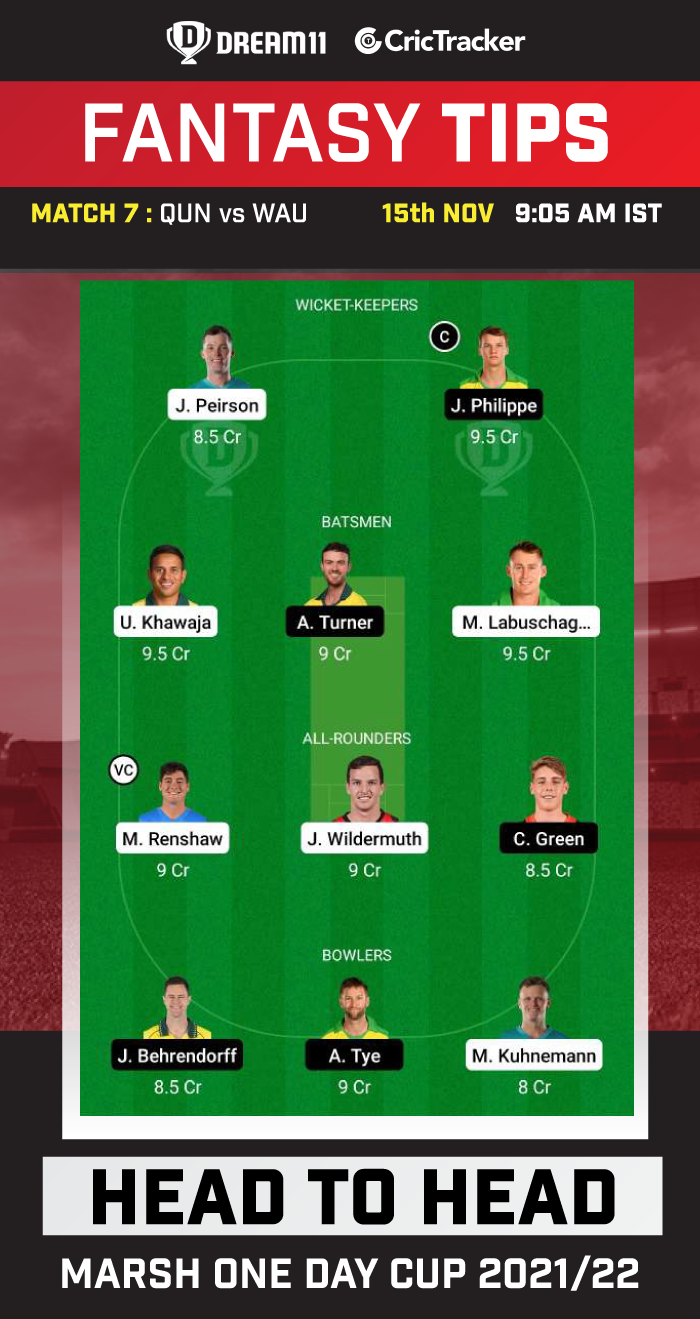 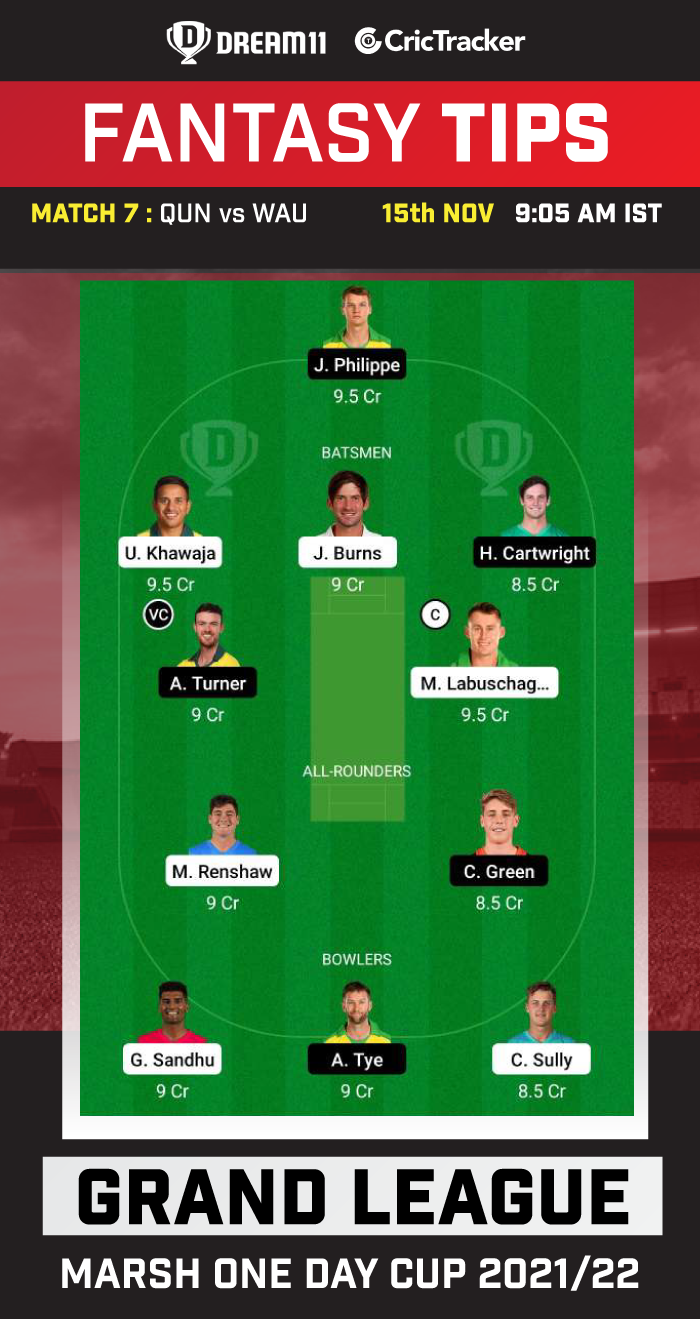 Sam Heazlett has scored 93 runs in 2 matches so far in this tournament. He is a top-quality player against the new ball. You can take a risk and pick him as your fantasy team skipper.

Cameron Green hasn’t been at his best in this tournament. He has scored only 27 runs in 3 matches and picked up 2 wickets. He is a risky captaincy pick for your fantasy teams.

Considering plenty of options available in the bowler’s slot, it’s better to avoid Lance Morris while making your fantasy teams.