Cameron Green has scored 97 runs and has also picked 3 wickets with the ball.

Tasmania and Western Australia will be up against each other in the 9th match of the Marsh One Day Cup 2021 on Friday. Tasmania have walked off with a 4-wicket triumph in their first meeting against Western Australia. After that, they have been thrashed by Queensland in their last match. They will now look to make a comeback in this match.

Western Australia, on the other hand, are in a good position at the moment, having won 3 of their 4 matches and are placed at the top of the table with 13 points. They defeated Queensland by 70 runs in the previous battle to register their third win in this tournament.

The track at this venue is expected to favour both the batters and the bowlers. Having said that, players will get the results accordingly to their efforts. Bowling first would be a good option on this wicket.

The skipper of the side, Jordan Silk is looking good with the bat for his team. He has scored 125 runs in the first two matches, with the highest score of 125*.

Peter Siddle has been consistently picking wickets for Tasmania in the ongoing tournament. In 2 matches, he scalped 6 wickets at an average of 10.16.

The skipper of Western Australia, Ashton Turner has been the best in business with the bat. So far in this tournament, he has scored 217 runs in 4 matches that he played at an average of 72.33.

Following him, Josh Philippe has also shown some good cricket in this tournament. After featuring in 4 matches for Western Australia, he has scored 208 runs at an average of 52. 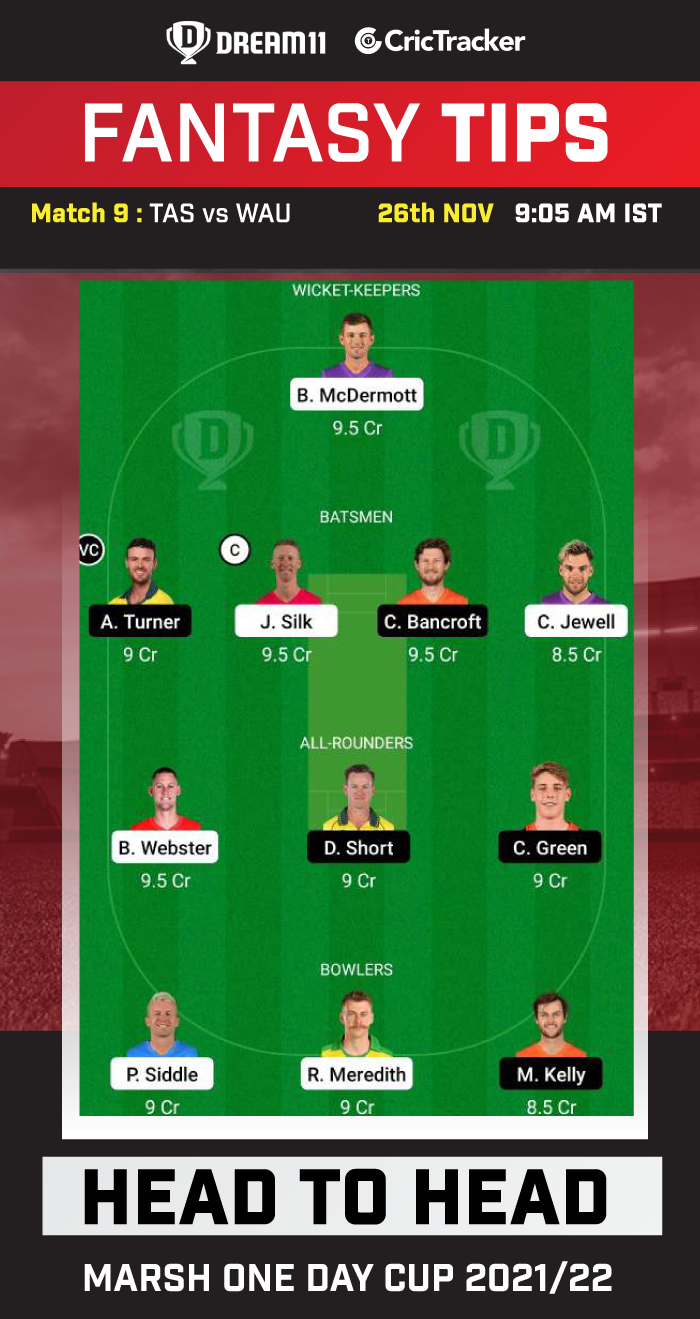 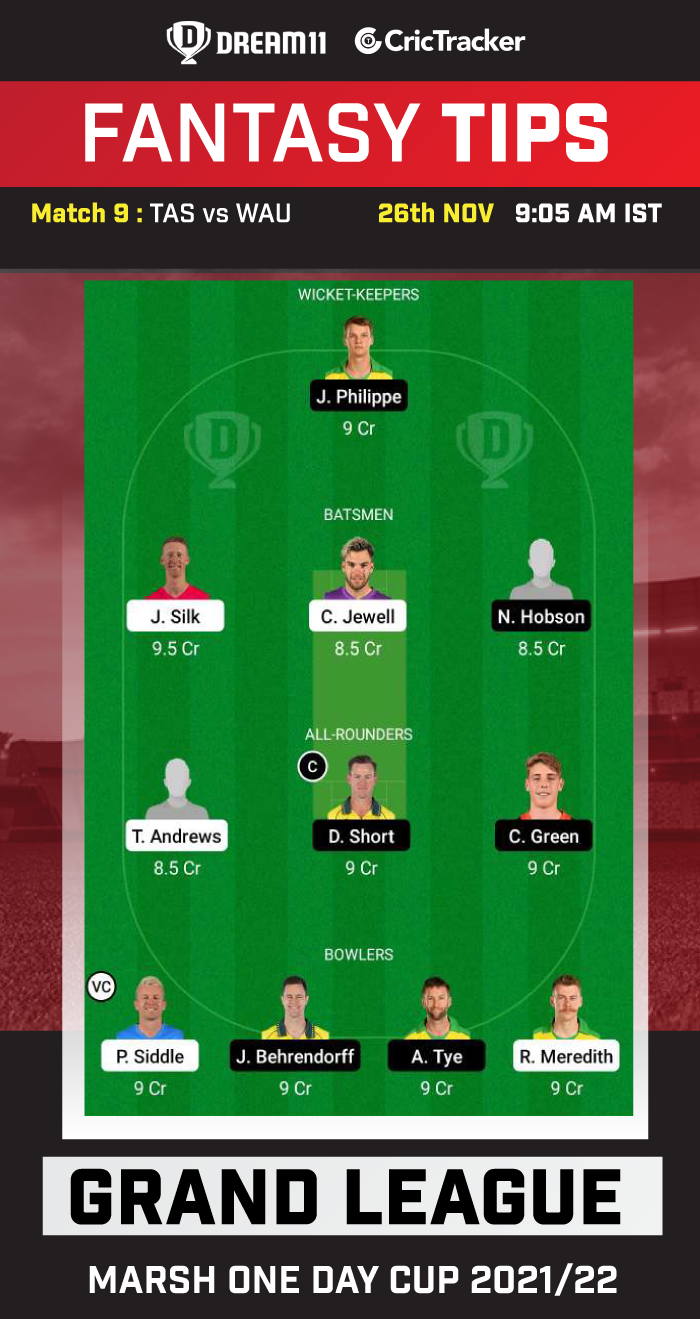 Cameron Green has scored 97 runs and has also picked 3 wickets with the ball. He would be a worthy pick as your fantasy team skipper.

Cameron Bancroft has looked exceptionally well in the previous match. He scored an unbeaten 124 off 105 balls and it’s worth a risk and you can pick him as your fantasy team captain.

Liam Guthrie has picked only 2 wickets from his 3 outings. Hence, it is advisable to avoid her while making your fantasy teams.