It is advisable to pick four batsmen in your Dream11 fantasy teams as this track will suit them.

The 3rd Match of the Marsh One Day Cup 2021 will be played between Western Australia and South Australia on 2nd March at the WACA Ground in Perth.

The match is scheduled to start at 10:00 AM local time and 7:30 AM IST. It will be streamed live on cricket.com.au.

Western Australia will lock horns against South Australia in the 3rd match of the Marsh One Day Cup 2021 on Tuesday. Both teams will be playing their first match of this season and hence will be unaware of the conditions. Western Australia will come into this match as favourites as they are the defending champions and will be aiming to start their tournament with a win.

On the other hand, South Australia won 4 out of their 7 matches and finished at the 3rd spot on the points table in the last season. They will be eager to win this match and get some valuable points in the early stage of the tournament. We can expect another high scoring game between two quality sides on Tuesday.

It will be partly cloudy in Perth during the match time with the temperature ranging between 21 and 23 degrees Celsius and the humidity levels are at 54 percent. There is no forecast of rain for this match.

The pitch here at the WACA Ground has been more supportive to the batsmen as compared to bowlers. However, it gets slow down as the match progresses and it becomes difficult to chase. The team winning the toss should look to bat first and put up a big total on the board.

Shaun Marsh scored 389 runs including an unbeaten century in the previous edition. He was the leading run-scorer for Western Australia in that season. He is a must pick for your  Dream11 fantasy teams.

Cameron Bancroft was in decent form with the bat in the last season, where he scored 281 runs at an average of 40.14. He is a player to watch out for in this match.

Callum Ferguson was the leading run-scorer for South Australia in the last edition, where he scored 403 at an average of 57.57 in the 7 matches he played for his team.

Wes Agar bowled exceptionally well in the 2019 edition, where he scalped 11 wickets at an economy rate of just 5.30 runs per over. He can pick wickets at regular intervals for your side.

Alex Carey scored 279 runs in 7 matches at an average of 46.50 in the last season. He can score a big knock in this upcoming match also. 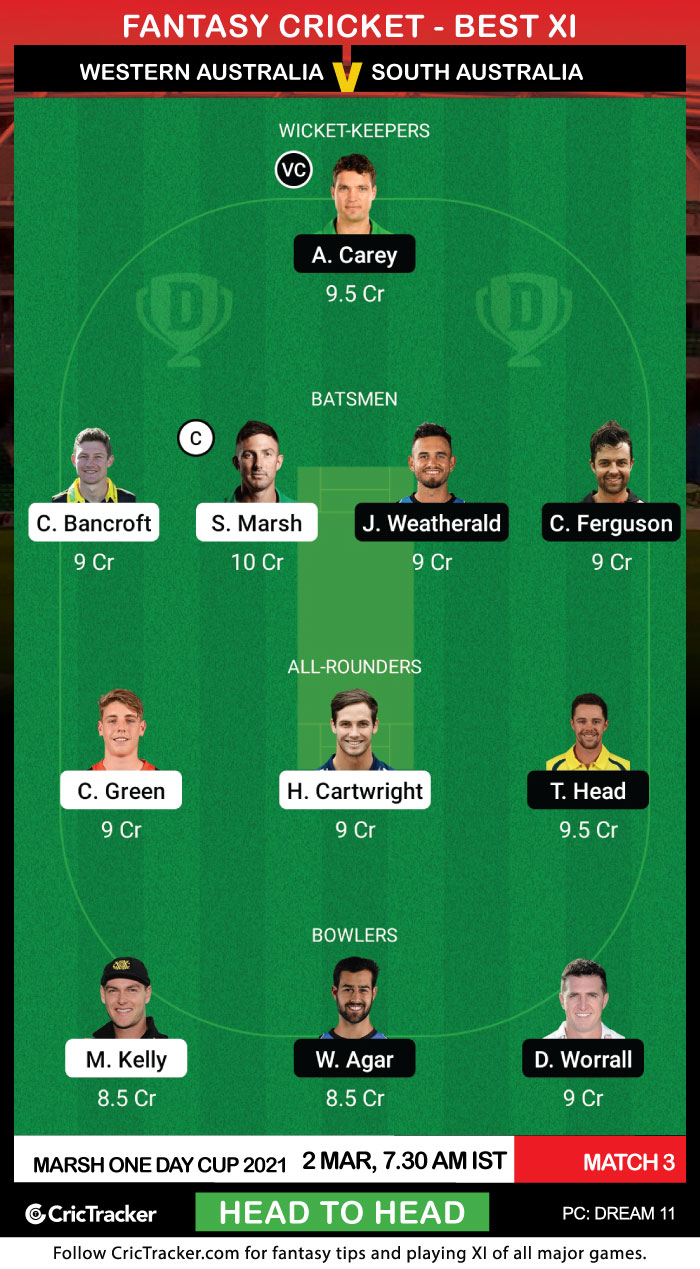 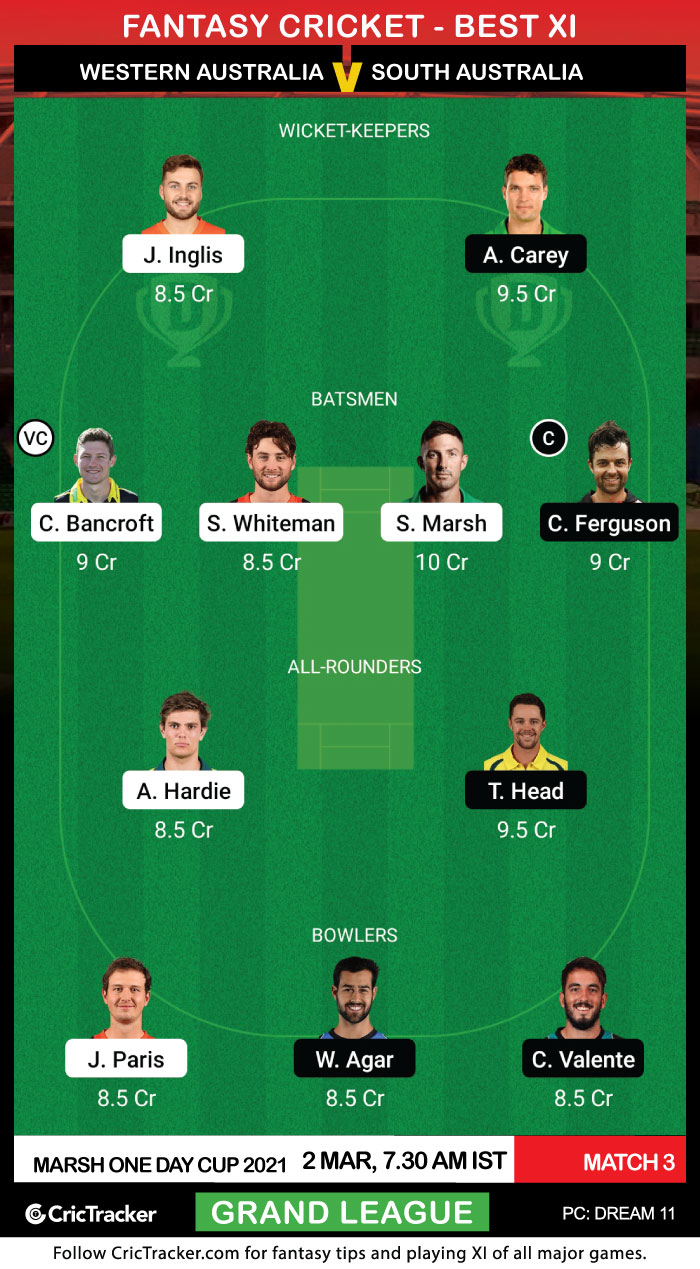 It is advisable to pick four batsmen in your Dream11 fantasy teams as this track will suit them.

Western Australia are expected to win this match.