Zak Evans can be a great budget pick.

Match 5 of Marsh One Day Cup 2021 will be played between Tasmania and Victoria at Junction Oval, Melbourne on 10th March.

Both Tasmania and Victoria had a poor start to their tournament. In their first encounter against New South Wales, Victoria won the toss and elected to field. Steve Smith scored an amazing 127, while contributions by Oliver Davies and Pat Cummins helped them to put a total of 318/9. In response, Victoria’s batting unit crumbled and were bowled out for 259. Matthew Short’s 67 and surprising half-century by  James Pattinson were the highlights of their batting display.

Tasmania, on the other hand, lost their opening game against Queensland. Tasmania were asked to bat first and they were bundled out for 237. Jordan Silk scored a fighting 77 to get Tasmania to this decent total. During the chase, Queensland captain Usman Khawaja scored a brilliant 93 to ensure a comfortable six-wicket victory for his side.

The weather is expected to be partly cloudy during the match time at Melbourne, with temperature ranging around 21 degrees Celsius and humidity levels around 59%.

With cloudy weather conditions expected, this match can be a low-scoring affair. The bowlers have fared well at this venue, making it a difficult track to bat on. The captain winning the toss should look to bowl first and restrict their opponents to a below-par total.

India under pressure, that's why they are taking MS Dhoni as mentor: Tanvir Ahmed

Jordan Silk had a terrific game against Queensland. He scored a handy 77 of 88 balls and most importantly, he held the innings for Tasmania from one end and helped them to put up a decent score on board.

James Pattinson gave an all-round performance against New South Wales. He picked up two wickets by giving only 58 runs in 10 overs and scored a quick-fire 54 off 36 balls.

Marcus Harris scored an important 47 runs at the top of the order for Victoria and gave them a decent start in their previous game.

Matthew Short is an excellent middle-order batsman who can score runs in bulk. He has 67 runs to his name currently.

Peter Handscomb’s experience will play a crucial role for his side in the upcoming matches of the season. The player could go on to play handy knocks for his side and guide them to victories. 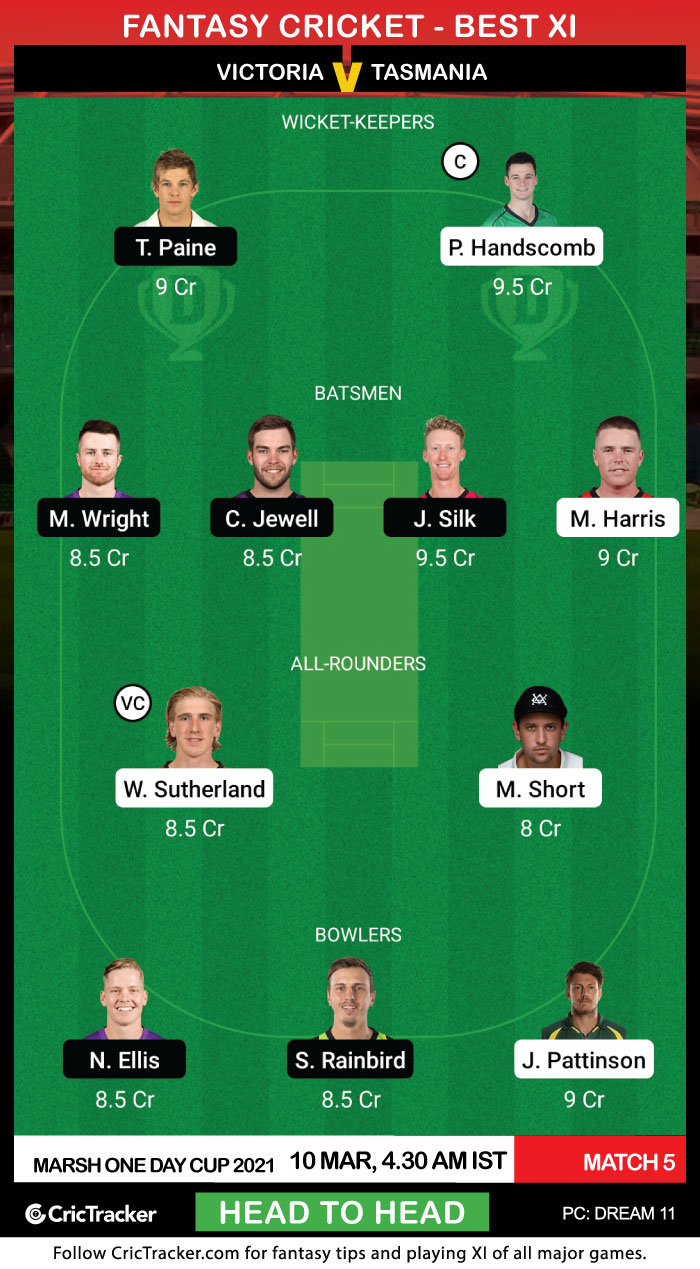 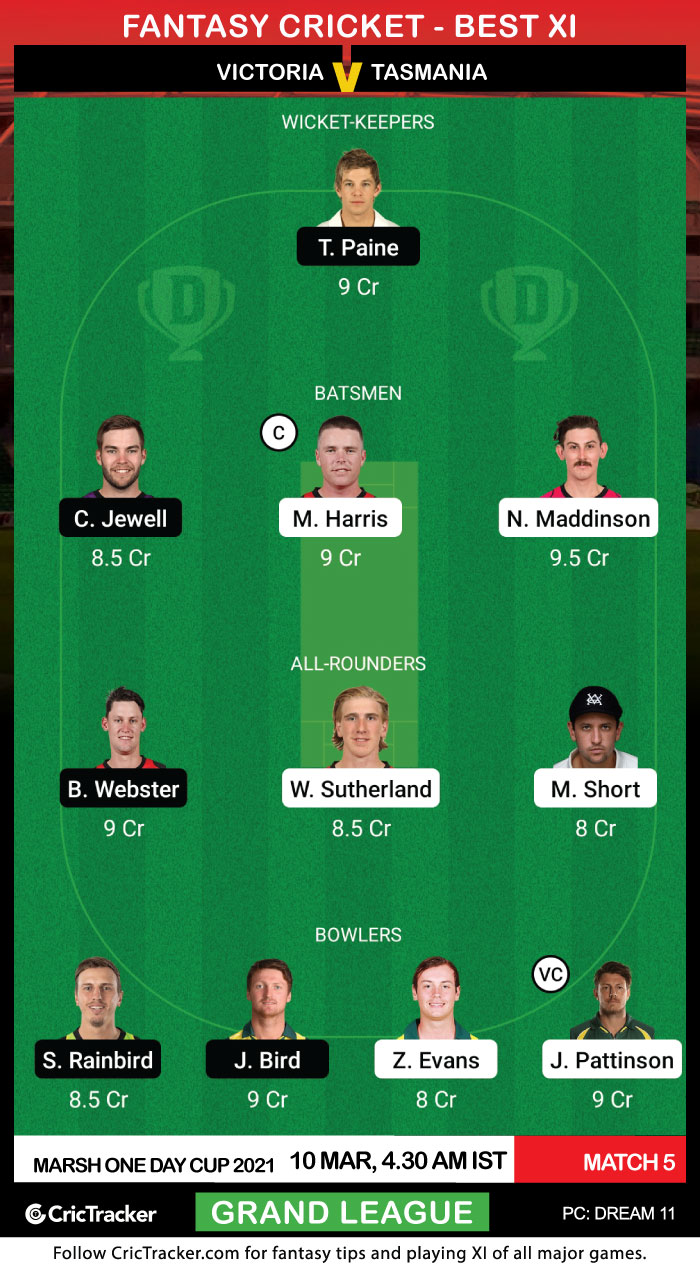 Zak Evans can be a great budget pick. While he was a tad expensive in the last game, he picked up 2 wickets.

Disclaimer: This team is based on the understanding, analysis, and instinct of the author. While selecting our team, consider the points mentioned and make your own decision.