The batters of these two teams have done exceedingly well so, as many as 4 players from that section can be included in your fantasy team, with the player for filling up the 4th spot being either Vivek Singh, Gaurav Chauhan.

The 8th match of the Bengal T20 Tournament 2020 will be played between the Mohun Bagan Athletic Club and the Tapan Memorial Club at the Eden Gardens in Kolkata.

The match is scheduled to start at 08:00 PM IST. This match can be streamed live on FanCode in India.

In just the two matches that these teams have played in so far, they have seen it all. They have experienced enthralling victory and heartbreaking losses and they will be coming into this match trying to redeem themselves and get back on track to winning matches.

In their first game, the Mohun Bagan A.C. against Calcutta Customs Club got to a win by a 17-run margin. But what followed in the second game for them was a 6-wicket loss to the hands of the Kalighat Club. A similar story unfolded for their opponents, as the Tapan Memorial Club after winning their opening match, lost their second match.

So, coming into this game, both these teams are placed on relatively level ground and it would be interesting to see which team of the two goes back with a win under their belt.

The weather in Kolkata on Friday will be good for a full length, the uninterrupted game of cricket, as in spite of the skies being mostly cloudy, the chances of rainfall will be only 10 per cent. The temperature will be around the 25 degree Celsius mark.

The pitch at the Eden Gardens in Kolkata will be a balanced surface with a balanced amount of help coming in for both the batters and the bowlers. The spinners will have to sweat it out to get some things going in their favour though.

Manoj Tiwary has looked to be in good touch with the bat. He has played in 2 matches and has scored 63 runs including one half-century.

Ramesh Prasad has 6 wickets to his name in just the two matches he has played and will be a real threat to the batters in this match.

Sandipan Das Sr. is looking to be a great all-round asset for his team in the making. He has scored 51 runs and has taken 4 wickets already in only two matches.

Anustup Mazumder was the top performer for his team with the bat in their last game. He scored 73 runs, increasing his tally to 74 runs in two matches. 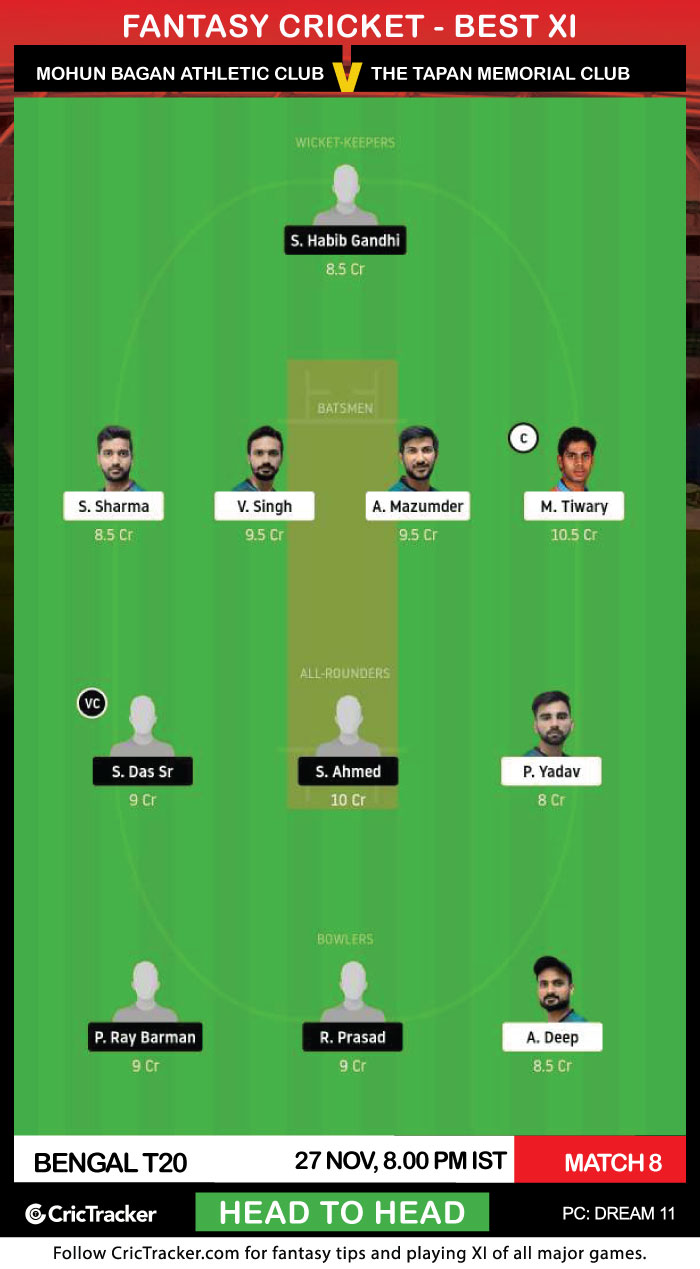 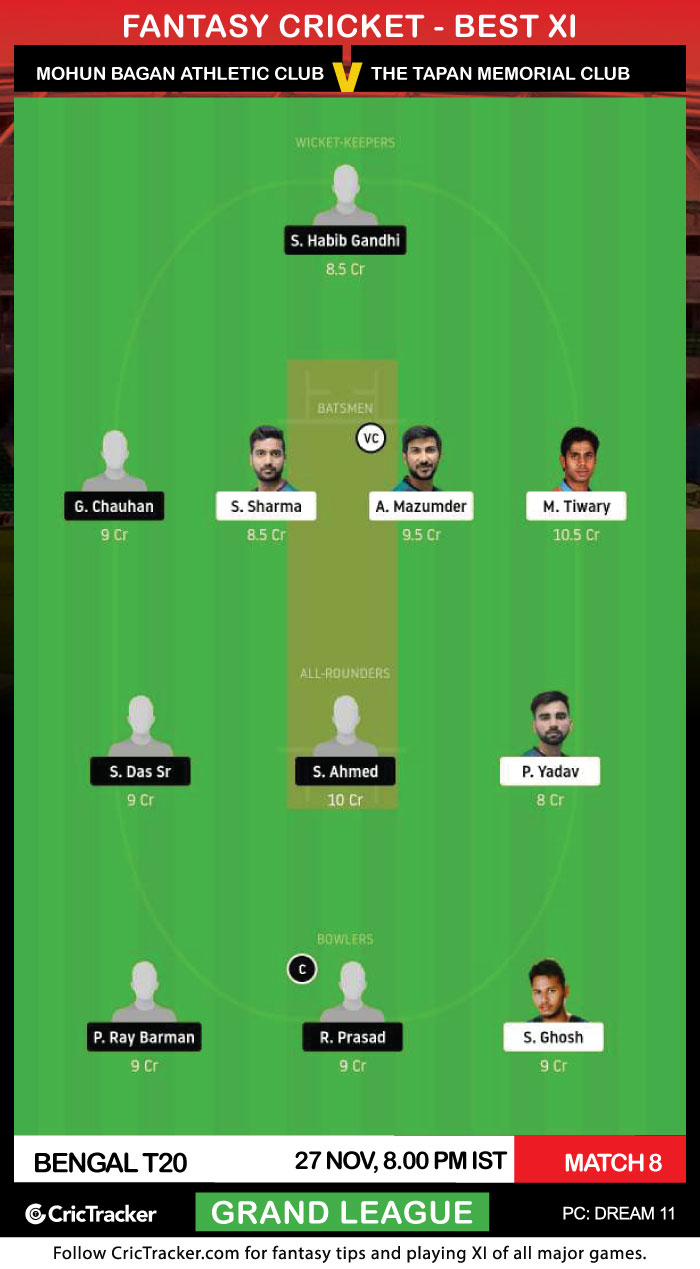 The batters of these two teams have done exceedingly well so, as many as 4 players from that section can be included in your fantasy team, with the player for filling up the 4th spot being either Vivek Singh, Gaurav Chauhan.

Mohun Bagan Athletic Club is expected to win this match.