Central Smashers will look to maintain their unbeaten streak.

Northern Strikers, on the other hand, finished second in the points table with 8 points. The second Semi-Final was washed out in the mid-way of the match, and they qualified based on their position in the standings. They had lost to Central Smashers in their head-to-head contest by 37 runs and hoping to take revenge against them in the finals.

The batters definitely will be exposed on this sluggish surface. There is an advantage for the bowlers due to overnight rain. Anything close to 100 is a match-winning total on this surface.

Ajeb Khan has performed extremely well in this tournament. He is the frontline all-rounder for Central Smashers. In 5 matches, he has scored 93 runs and scalped 7 wickets.

Zubaidi Zulkifle is an aggressive top-order batter. In 5 matches in this tournament, he has scored 188 runs with the best score of 71.

Pavandeep Singh is an economical bowler who doesn’t concede runs easily. He has scalped 2 wickets in this tournament with the best figures of 1 for 12.

Mohammad Hakim Harisan is in pretty good form. He has scored 67 runs in the 4 innings he has batted in this tournament with the best score of 41.

CS vs NS Must Picks for Dream11 Fantasy Cricket: 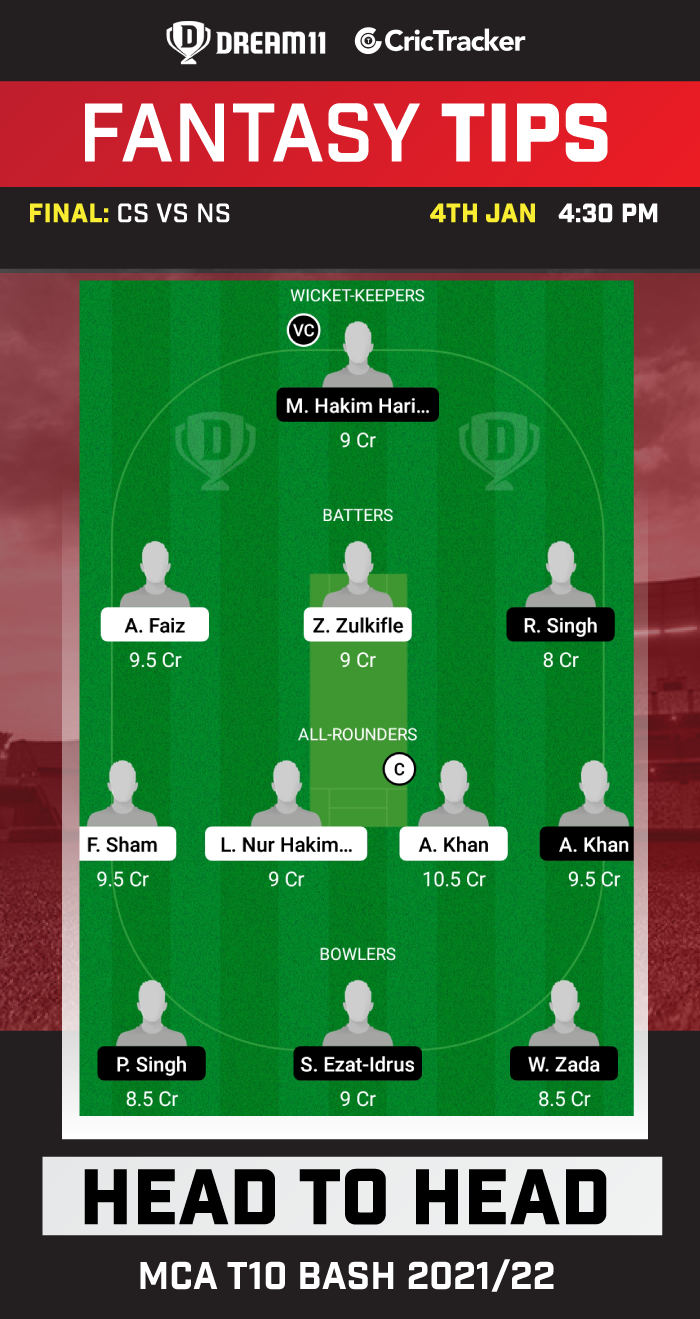 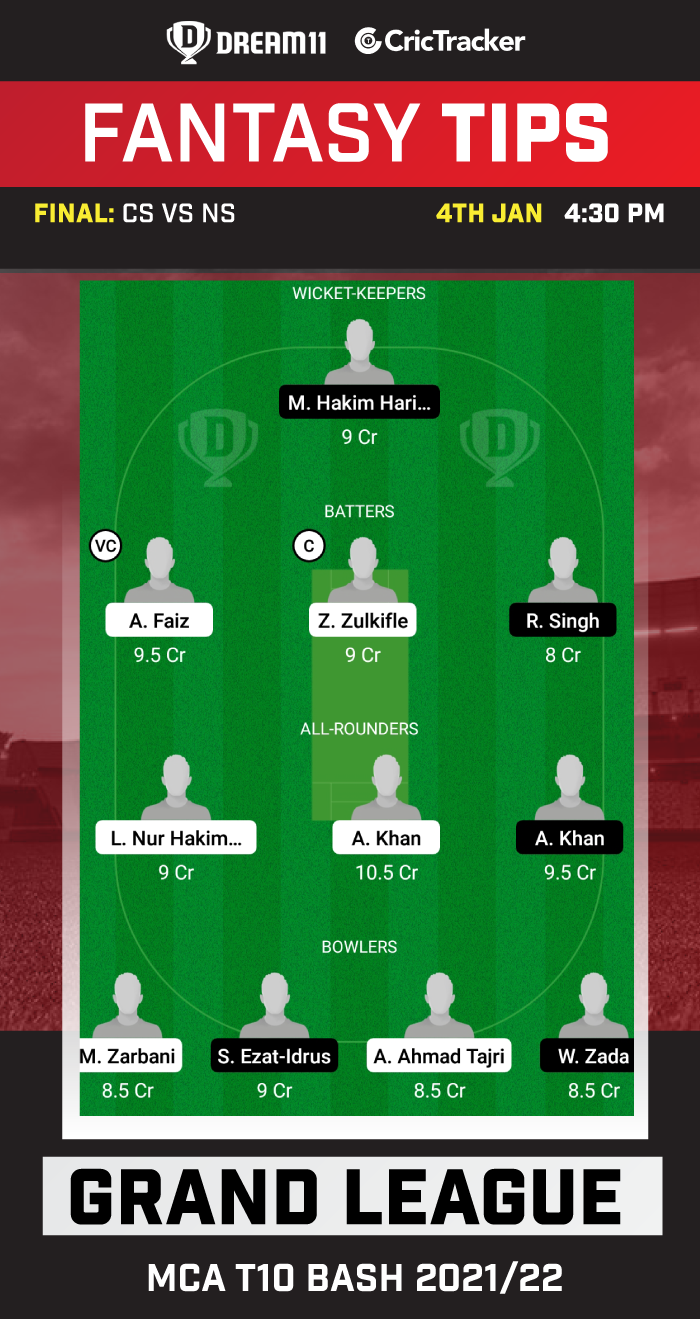