Tamco Warriors need to make a big statement in this match.

Central Smashers will be up against Tamco Warriors in the 6th match of the MCA T10 Bash 2021. Central Smashers wrapped up a 9-run win over SFI Smashers in their opening game of the tournament to get crucial 2 points on the table. Ajeb Khan’s overall all-round performances gave his side the first taste of success in this tournament.

Tamco Warriors, on the other hand, were at the receiving end against Northern Strikers as they conceded 133 runs on the board and in return managed to score only 93 runs and fell short of the target by 40 runs. They are looking to make a strong comeback in this match.

The batters just need to place it in the gaps as the outfield is quite fast. It’s always a risky option to chase on this surface.

Ajeb Khan was the player of the match for his all-round performances against SFI Smashers. He scored 39 runs from 28 balls and later picked up a crucial wicket.

Ahmad Faiz played some excellent shots against SFI Smashers and was, unfortunately, dismissed by a run-out when he was 37 runs.

When other batters struggled to score runs against Northern Strikers, Md Shahidur Rahman stood strong and scored 27 runs from 12 balls. He is an X-factor for Tamco Warriors.

Saleh Shadman managed to score run-a-ball 12 runs and even picked up a wicket against Northern Strikers. He can bowl with the new ball and also open the innings as well.

CS vs TW Must Picks for Dream11 Fantasy Cricket: 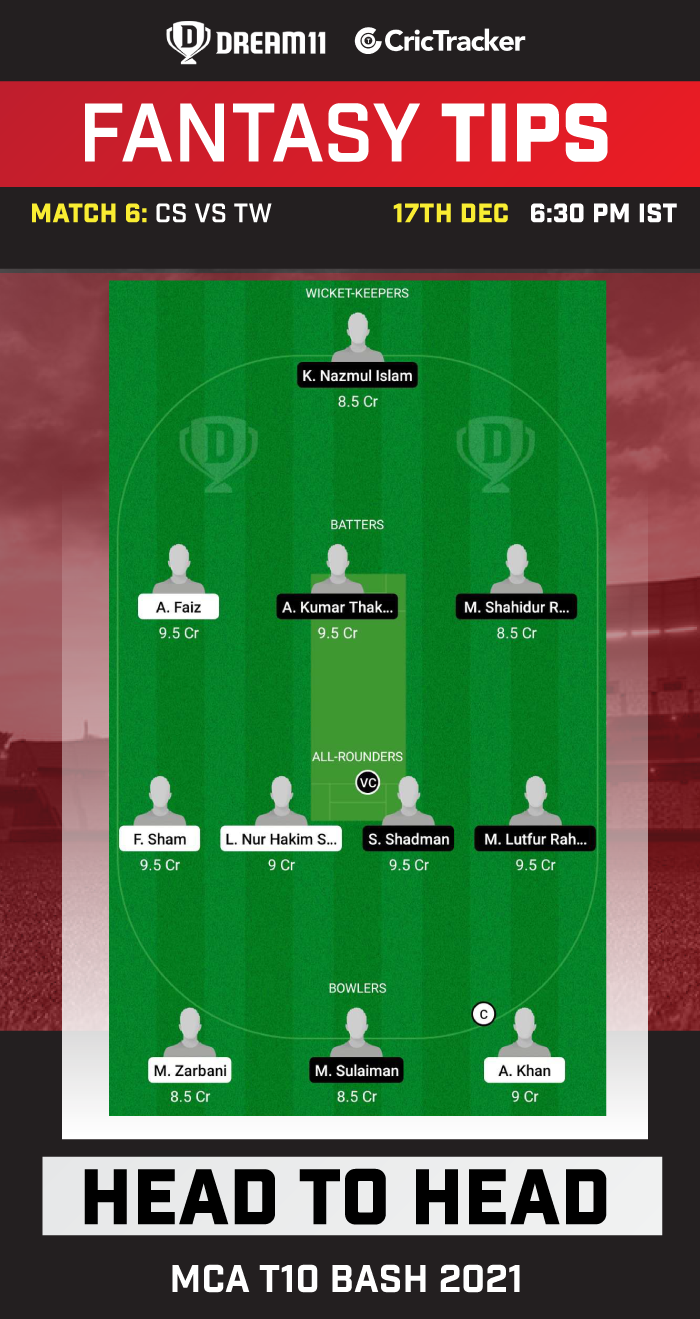 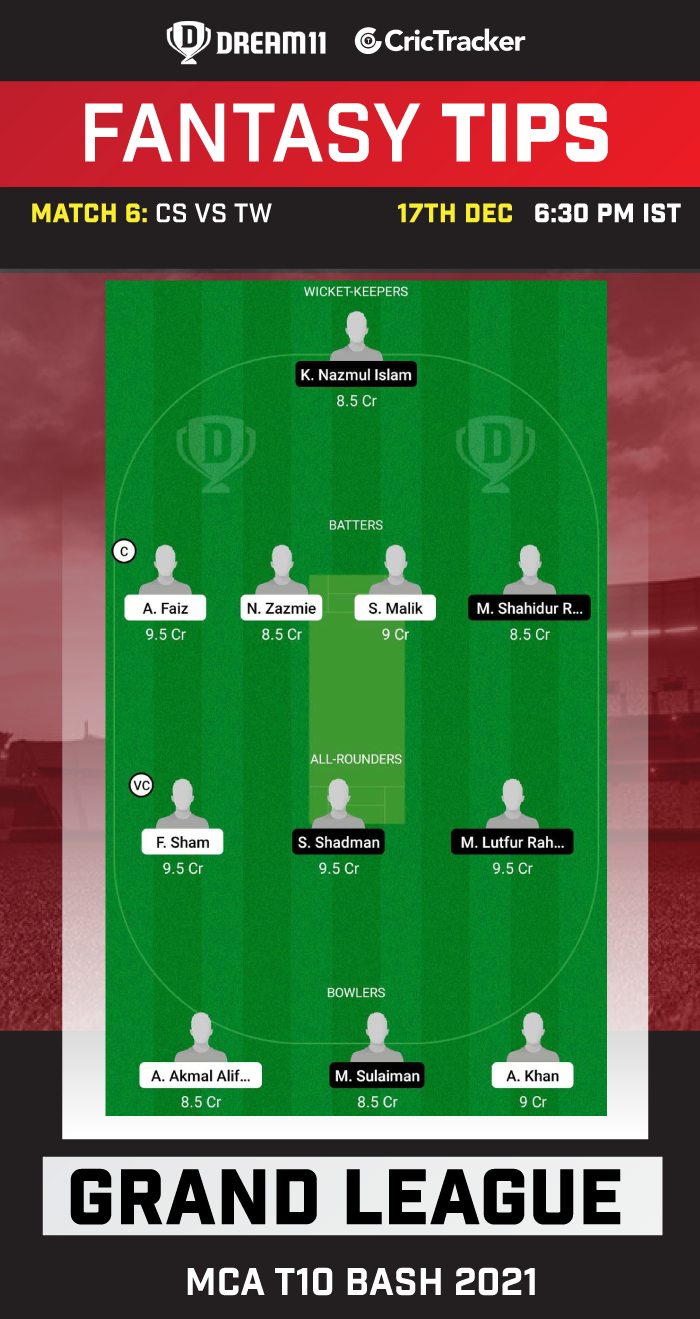