North Strikers and Central Smashers will go one-on-one against each other in the Final of the MCA T10 Super Series 2021 on Friday. Northern Strikers’ 2 out of the three matches were called off due to the interruption of rain. However, they managed to win the battle against Western Warriors by 51 runs.

Coming to Central Smashers, they didn’t do much wrong in this tournament. Their first match against Northern Strikers was abandoned without being a ball bowled. After that, they went on to defeat Southern Hitters in their next match by a margin of 50 runs. Hence, both teams will be aiming to win this match and it would be interesting to see how the game pans out.

Though the wicket looks good for batting, it’s not easy for the batsmen to aggregate runs on this track. Even the score of 80 is defendable if the bowlers stick to their game plans.

The skipper of the side Virandeep Singh failed to contribute with the bat in his last game. But he has been incredible with the ball, as he scalped 4 wickets while conceding just 2 runs in his spell.

Ainool Haqqiem was the only batsman to score more than 20 runs against Western Warriors. He added 26 off 18 balls and can expect him to bat in the top-order for Northern Strikers.

Ajeb Khan has contributed well with both the bat and the ball for Central Smashers. He scored an unbeaten 48 against Southern Hitters and picked up a wicket as well.

Lokman Nur Hakim Sahar is expected to lead the bowling attack for Central Smashers. He picked up 3 wickets against Southern Hitters and would like to replicate the same against Northern Strikers. 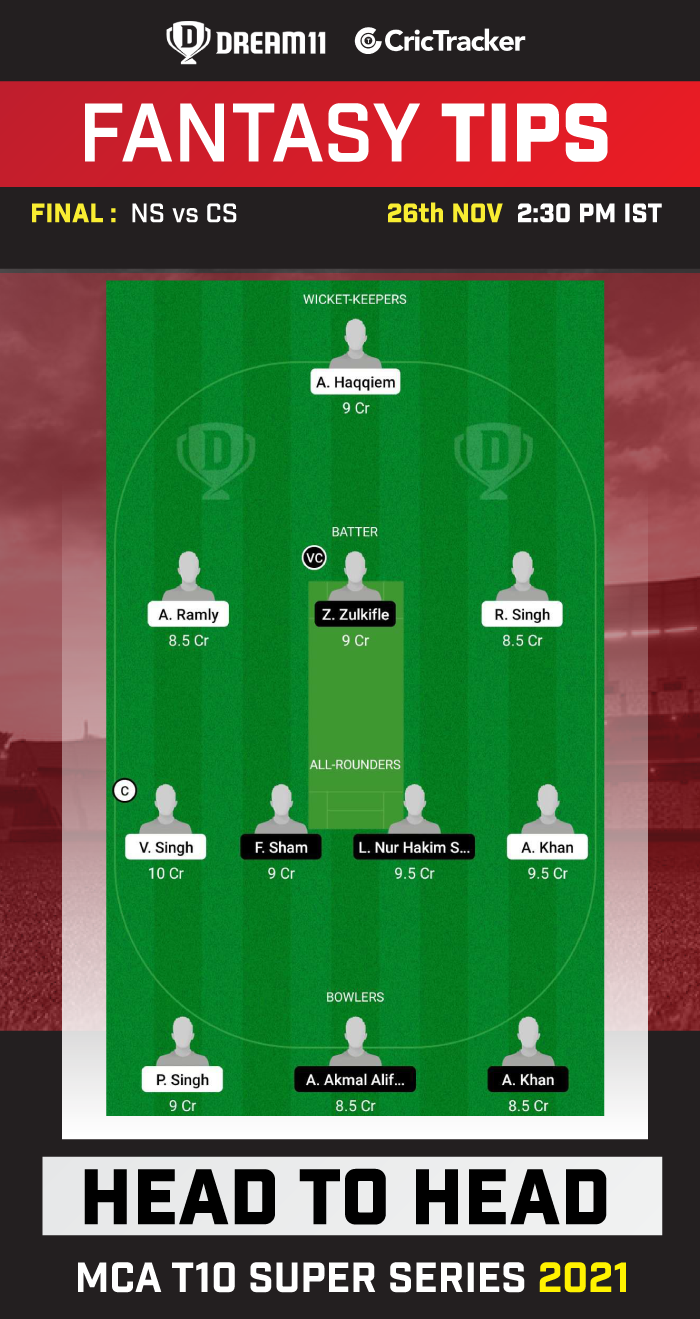 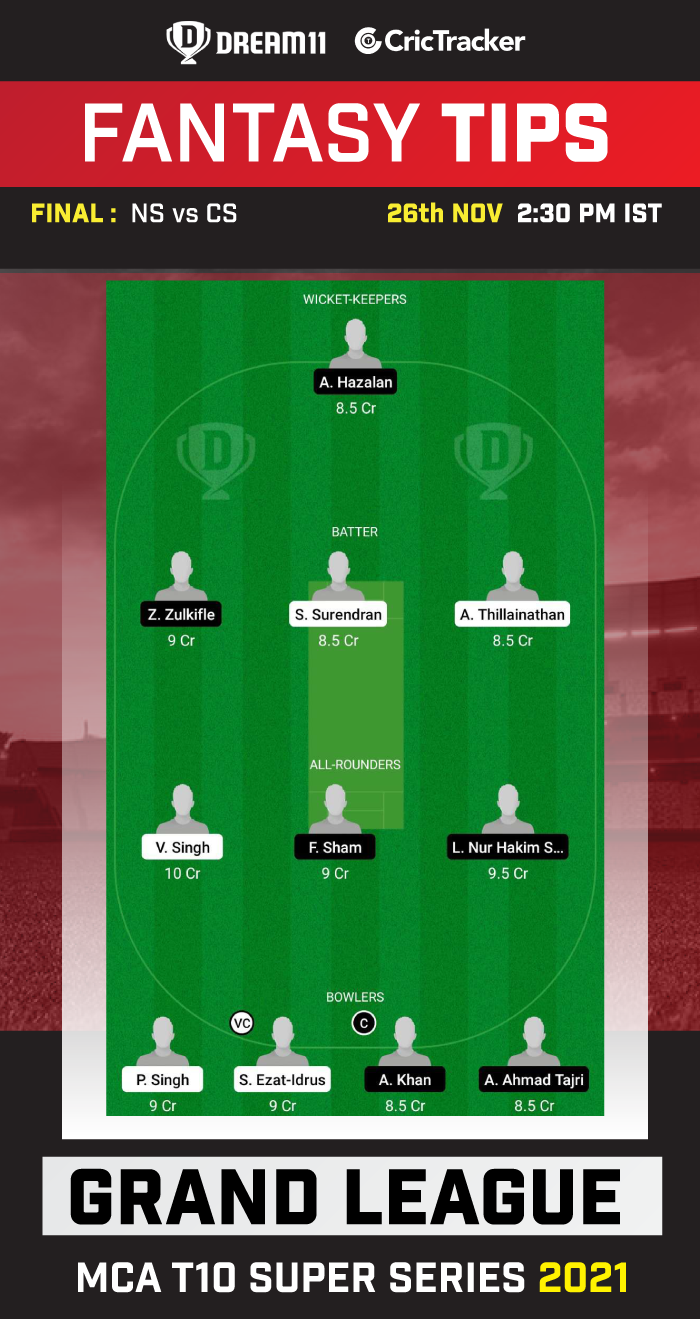