Ahmad Faiz will be the player to watch out for in this match.

Southern Hitters, on the other hand, were thoroughly outplayed by Western Warriors in the inaugural game of the tournament by 55 runs. Chasing a mammoth target of 119 runs to win, Hitters managed to score only 63 runs on the board. They couldn’t cope with the pressure and fell short in the end.

It’s a well-suited surface for the batters and the bowlers are always under the scanner in this shortest format of the game. The wicket will be prepared in such a way that, the batters can score runs easily. Chasing is always a tough ask here and hence batting first is a good option.

Zubaidi Zulkifle is the prominent player for Central Smashers who had a decent run in the MCA T20 Super Series 2021. He is a good buy for your fantasy teams.

Malaysian international, Ahmad Faiz is the key player for Central Smashers. He has amassed 470 runs in 22 T20Is at an average of 24.73.

Dhivendran Mogan scored a run-a-ball 12 runs in the losing cause against Western Warriors and bowled quite well though he went wicketless.

Vishvaruben Kumar was the top scorer for Southern Hitters against Western Warriors, he scored 15 runs from 13 balls which includes 2 fours.

CS vs SH Must Picks for Dream11 Fantasy Cricket: 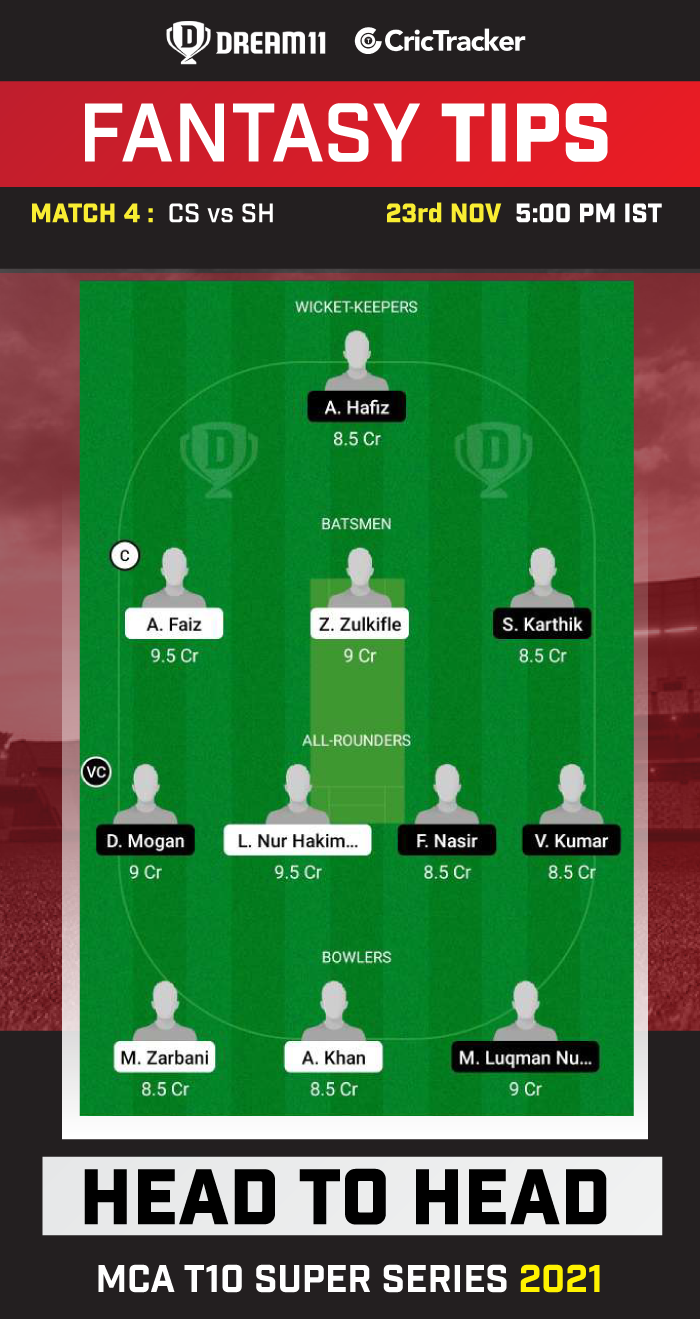 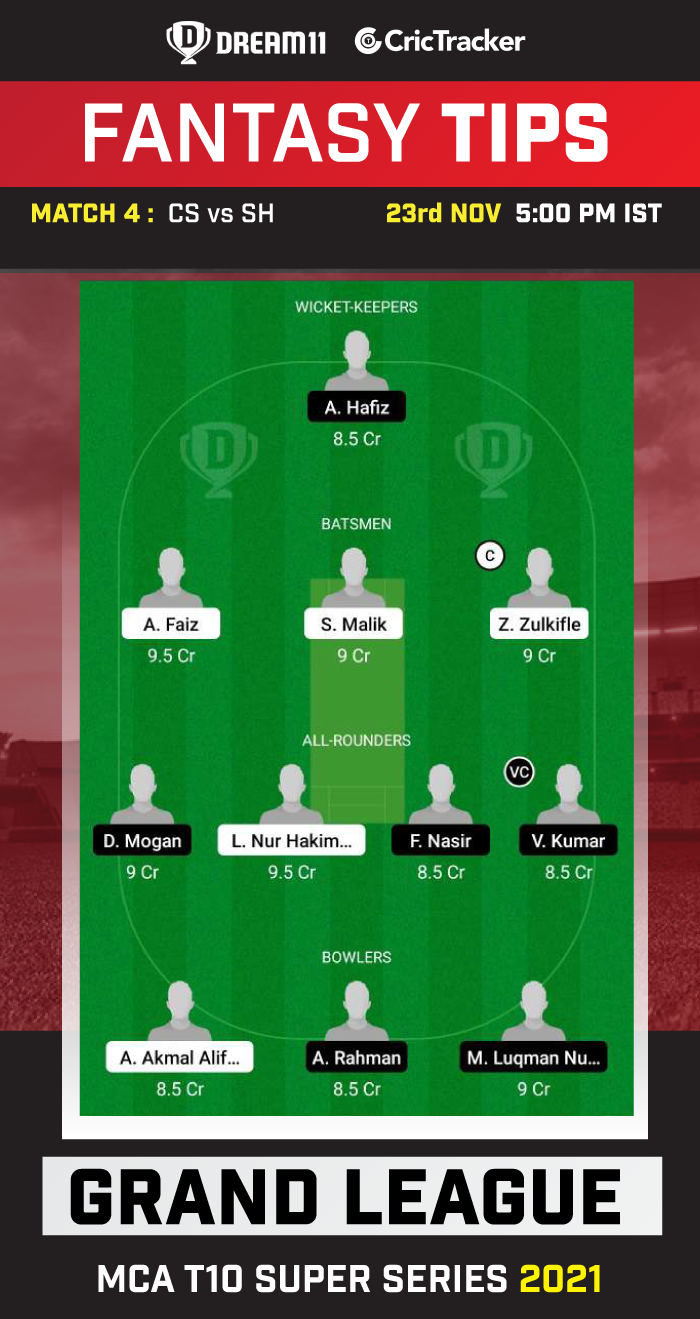