Strikers will lock horns with The Warriors in the 4th match of the MCA T20 Super Smash at the Kinrara Academy Oval in Kuala Lumpur on Thursday. Both these teams have already met once in this tournament where Strikers won a thrilling match by 6 wickets via the D/L method. Strikers are placed top of the table while Warriors who lost their opening match are bottom of the table with 1 loss and a no result. The forecast is fine and this promises to be an exciting clash.

STK vs WAS, Match 4 Pitch Report:

The surface at the Kinrara Academy Oval is a balanced one where the batters will get full value for their shots. Meanwhile, the pacers will also find some movement with the new ball. The par score is around 140.

Top Picks for STK vs WAS Dream11 Match:

Virandeep Singh was the top run-scorer for the Strikers last season, amassing 278 runs in eight matches. He has scored 63 runs so far in this tournament.

Ainool Hafizs scored 135 runs at a strike rate of 125 in seven matches the previous season and can be backed to do well once again this time around.

Sharvin Muniandy has not had a good time recently but he is a very experienced player and scored 271 runs at a strike rate of 128.44 in nine matches last season.

Zubaidi Zulkifle was in brilliant form last season, smashing 179 runs at a strike rate of 158.41 in 9 matches. He will be a good option to have in this match.

STK vs WAS Must Picks for Dream11 Fantasy Cricket:

Suggested Playing XI No.1 for STK vs WAS Dream11 Fantasy Cricket: 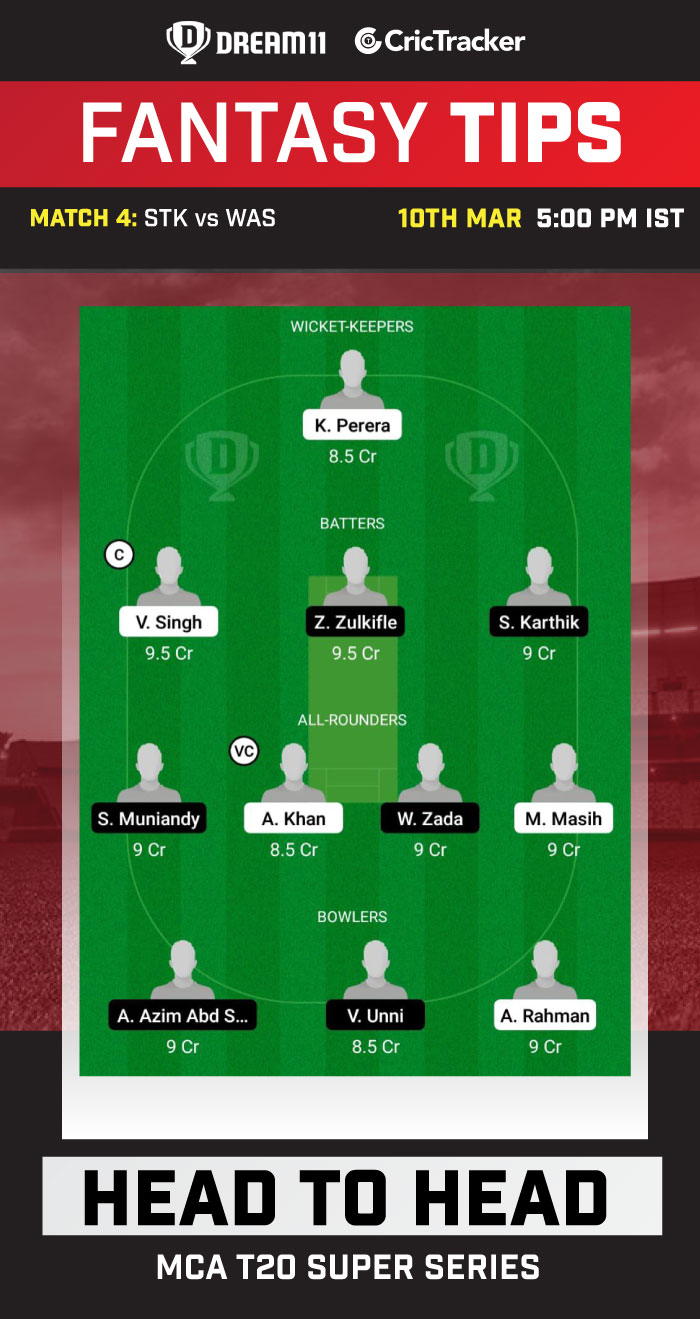 Suggested Playing XI No.2 for STK vs WAS Dream11 Fantasy Cricket: 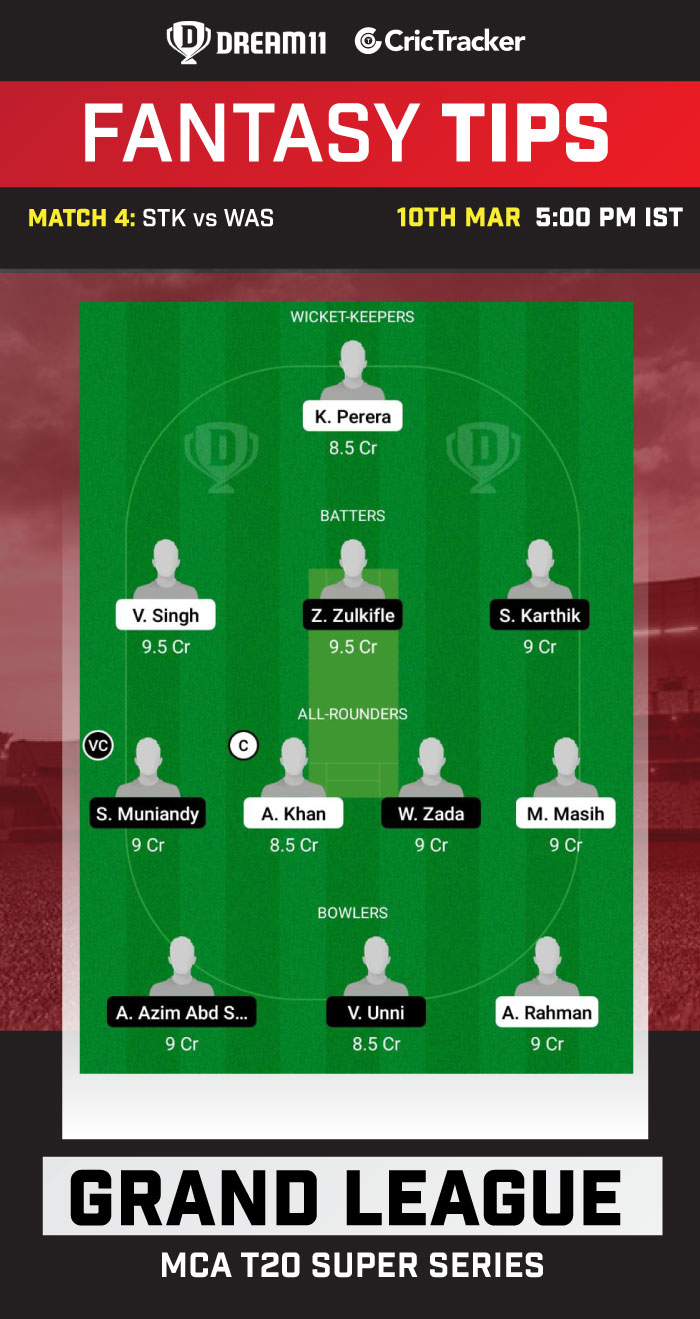 Today’s STK vs WAS Probable Winners: