Kumar Sangakkara will be leading the MCC team on this tour.

The T20 match in MCC tour of Pakistan will be played between Marylebone Cricket Club (MCC) and Lahore Qalandars at Gaddafi Stadium in Lahore.

This game can be viewed on various social media platforms of the Lahore Qalandars.

The Marylebone Cricket Club will be touring Pakistan for the first time since 1973 as they will be playing four games in this tour under the captaincy of Kumar Sangakkara. The MCC side has the experience of Ravi Bopara, Samit Patel and Roefol van der Merwe as well. In the first game of the tour, the MCC team will be up against the PSL team Lahore Qalandars at the Gaddafi Stadium. The Qalandars will be led by Sohail Akhtar and have the likes of Mohammad Hafeez, Fakhar Zaman, Shaheen Shah Afridi in their line-up.

The Gaddafi Stadium hasn’t recorded big totals during Pakistan’s T20I series against Sri Lanka and Pakistan in the 2019-20 season. Usually, totals of 180+ are common at this venue and in the matches under the lights, there are good chances of chasing down even 200.

There is a possibility of none of the overseas players are available for this fixture. Instagram posts of David Wiese, Chris Lynn and Seekkuge Prasanna suggest none of the three players reached Pakistan yet.

The Qalandars’ pace trio of Shaheen Afridi, Haris Rauf and Usman Shinwari are going to be crucial in this match. Shaheen has been in great form with the ball of late while Haris has had a brilliant season with the ball in T20s which includes the Big Bash League. Kumar Sangakkara has a great record in Pakistan and has always been a performer whenever he got to feature in an exhibition games post his retirement. Playing against a quality pace attack might make a difference this time. Ravi Bopara has produced some great all-round performances in the T20 Blast and the recent BPL which makes him a player to watch out for. 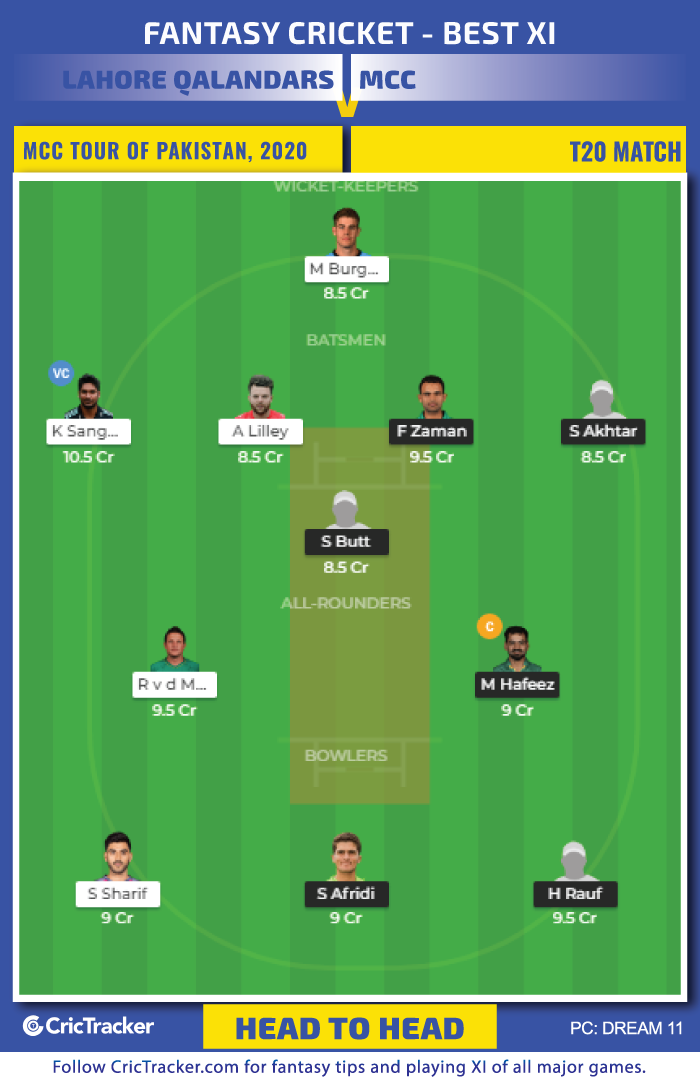 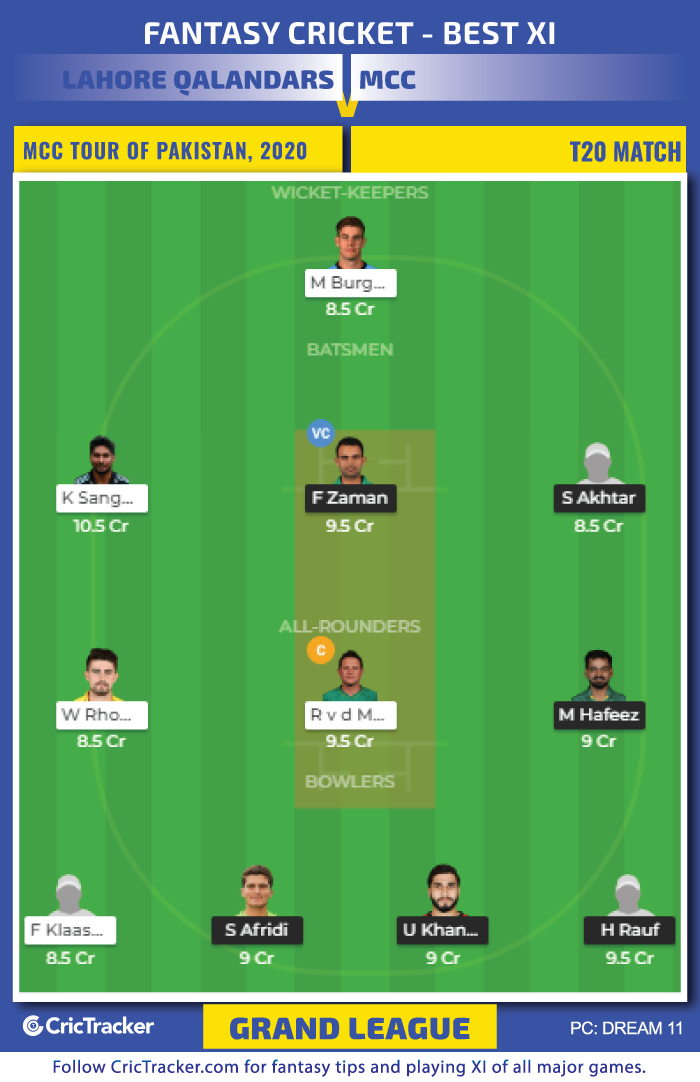 This game between Lahore Qalandars and MCC is classified as an official Twenty20 game. Hence, both the teams are likely to field only XI players. In the absence of overseas stars, Qalandars might be taking the field with an all-Pakistan XI.

Lahore Qalandars will have an edge due to their bowling attack.