The T20 match in MCC tour of Pakistan will be played between Multan Sultans and Marylebone Cricket Club (MCC) at Aitchison College Ground in Lahore.

This game can be viewed on YouTube Channel of Pakistan Cricket Board.

The Marylebone Cricket Club (MCC) tour of Pakistan will come to an end on Wednesday when they face the Multan Sultans in a T20 game at the Aitchison College Ground. The MCC team began with a close with against the Lahore Qalandars but lost to Pakistan Shaheens by 5 wickets in a One-Day match. In the T20 game against Northern region on Monday, the MCC team fell 10 runs short of the 153-run target. The MCC team containing experienced players missed power-hitting during the run-chase.

The MCC’s tour of Pakistan is expected to finish without any rain interruptions.

The One-Day match at the Aitchison College Ground was dominated by the assistance for the pacers while the T20 game on Monday turned out to be a thriller. With a PSL team part of this match, we can expect a flat track in order to serve the match as a warm-up for them.

Ravi Bopara and Roelof van der Merwe are the two players who have been leading the MCC close to victories in the ongoing. Bopara played two matches and he contributed with both bat and ball as MCC won one game and lost other by only 9 runs. Another positive for the visitors has been Ross Whiteley who scored runs for the MCC team in tricky situations. The Multan skipper Shan Masood is trustable with the bat as he is quite consistent in limited-overs cricket of producing 30+ scores. 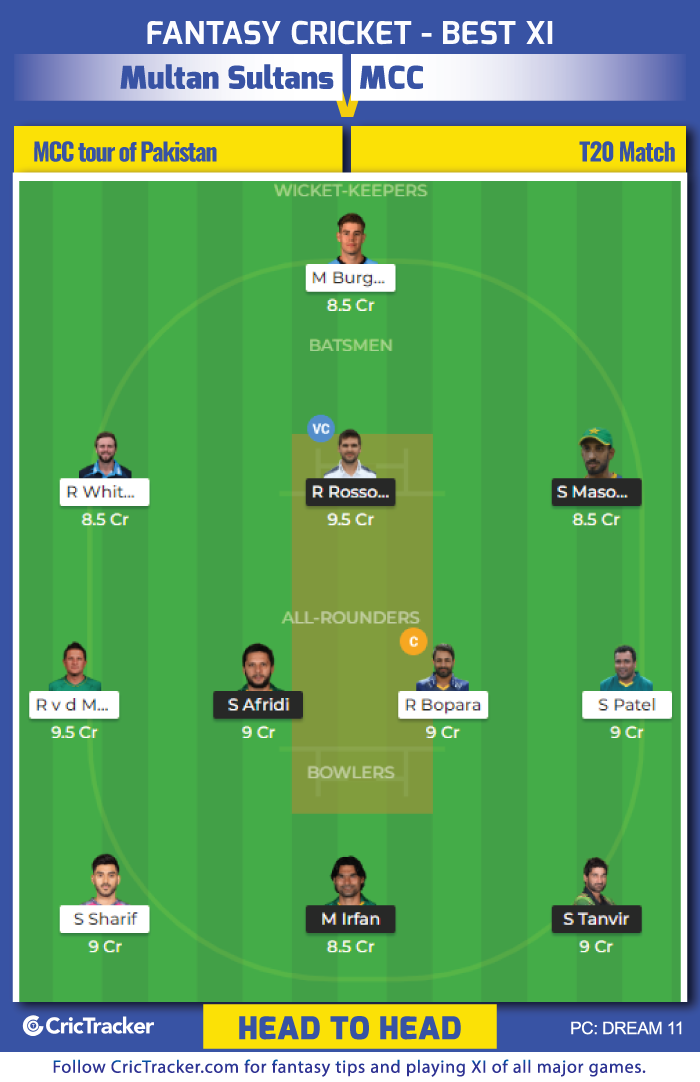 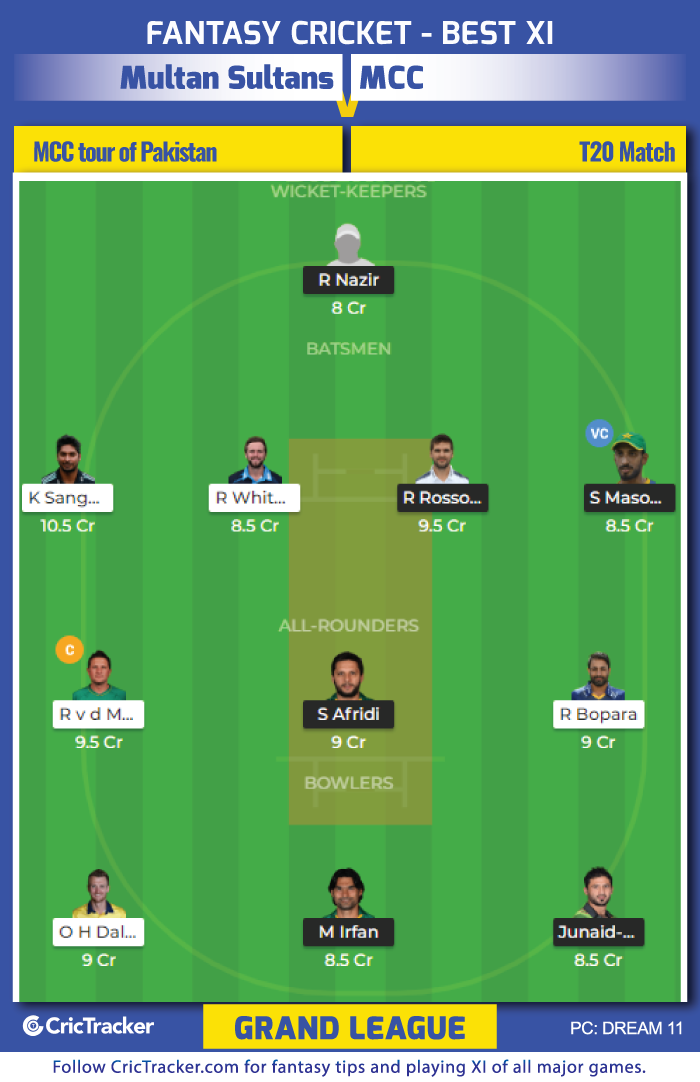 Ravi Bopara is part of squads of both MCC and Multan Sultans. He played both the T20 matches in MCC’s current tour. Hence, it is unsure for which team Bopara will be playing on Wednesday though his presence in the match is likely.

Multan Sultans are expected to win this match due to the presence of some of the big names.