The 15th match of the ECS Cartaxo T10 will be played between Malo CC Vilamoura and Amigos CC Ansiao at Cartaxo Cricket Ground, Cartaxo.

After three wins in three games, Malo CC Vilamoura suffered their first loss of the competition against Royal CC Lisbon last night. They will now lock horns with Amigos CC Ansiao, who lost their Day 3 game by nine wickets. Both teams will look to bounce back with a win in the upcoming match.

Amigos CC Ansiao won their only game against Royal CC Lisbon by 29 runs, with Andrew Winter scoring 61 runs off 29 deliveries. Malo CC Vilamoura have registered clinical victories over Alvadale CC, Rossio CC, and Oeiras CC in the competition. However, in their previous game, they could not chase down Lisbon’s target of 99 runs. Having said that, Malo CC Vilamoura start as the favourites to win this game.

There will be overcast clouds in the sky during the match time in Cartaxo. The temperature will stay around 21 degrees Celsius.

The pitch has assisted the bowlers in this competition. The conditions will be best suited for the pace bowlers. However, the batsmen can get going after settling down in the middle.

Top Picks for MCCV vs ACCA:

Andrew Winter destroyed the Royal CC Lisbon in his team’s second match. He aggregated 61 runs from 29 balls and helped his team score 129 runs in 10 overs. He was also the team’s top-scorer in the previous game.

Muhammad Adnan had scored a brilliant 24-ball 56 in the game against Oeiras CC. He hit four fours and five sixes in his unbeaten knock of 56 runs.

Amir Zaib has taken six wickets in four matches of the ECS T10 Cartaxo league. He had returned with figures of 4/7 against Alvalade CC, while he also scored 40 runs against Rossio CC.

Raghu Raghu had scalped two wickets in the last match against Royal CC Lisbon. Since he conceded only four runs against Alvalade CC in his two-overs spell, he can be backed to perform well against Malo CC Vilamoura.

Suggested Playing XI No.1  of MCCV vs ACCA for Dream11 Fantasy Cricket: 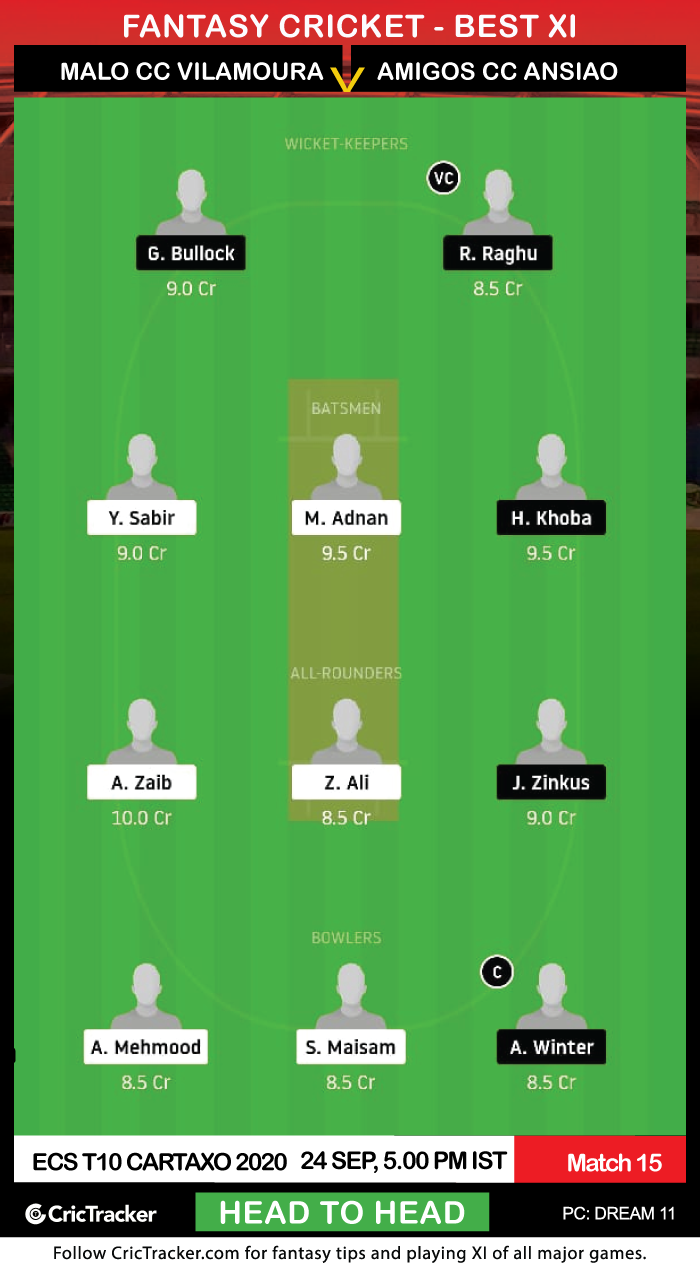 Suggested Playing XI No.2 of MCCV vs ACCA for Dream11 Fantasy Cricket: 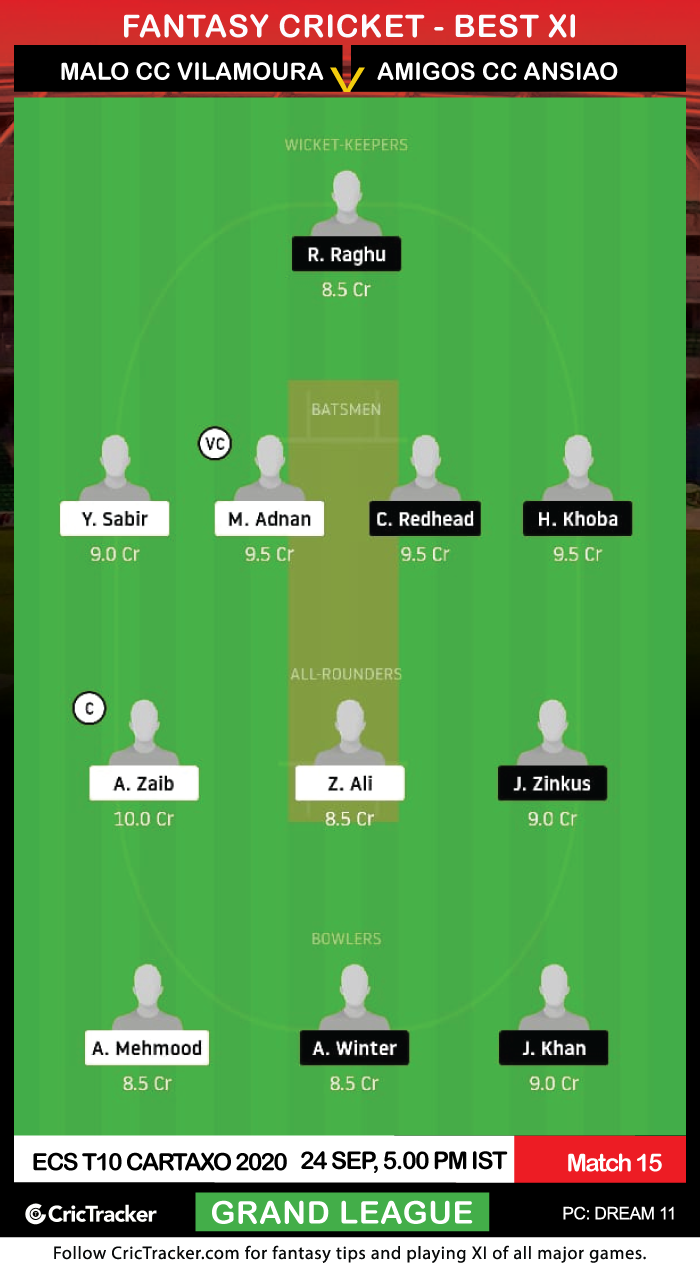 Yasir Sabir had bowled a good spell of 2/9 in 2 overs against Rossio CC. He also scalped a wicket each against Oeiras CC and Royal CC Lisbon. Although he has been a bit expensive, he has emerged as wicket-taking bowler for Malo CC Vilamoura. It is advisable to pick him in the team.

Malo CC Vilamoura are expected to win this match.