Sadrack Descartes has been influential with both bat and ball for the Stars.

In the first semi-final of the 2021 St Lucia T10 Blast, two of the most consistent teams of this competition will lock horns. It will be the Micoud Eagles taking on the Mon Repos Stars. Coming into the knockouts, the Eagles have played the most matches.

They have battled a total of 7 times, and have won 6 of their battles. The Stars have an excellent record as well. They have played a total of five matches and have ended up being on the winning side in four of those matches.

The Darren Sammy National Cricket Stadium demands a 100+ target for the team batting first to be successful.

Mervin Wells has been brilliant with the bat for the Stars. He has crossed the 100-run mark very easily.

Lanse Sammy has been the leader of the bowling contingent of the Micoud Eagles. He has picked up wickets in all of his last four games.

Sadrack Descartes has been influential with both bat and ball for the Stars. He has scored 38 runs and picked up 2 wickets in his last two games. 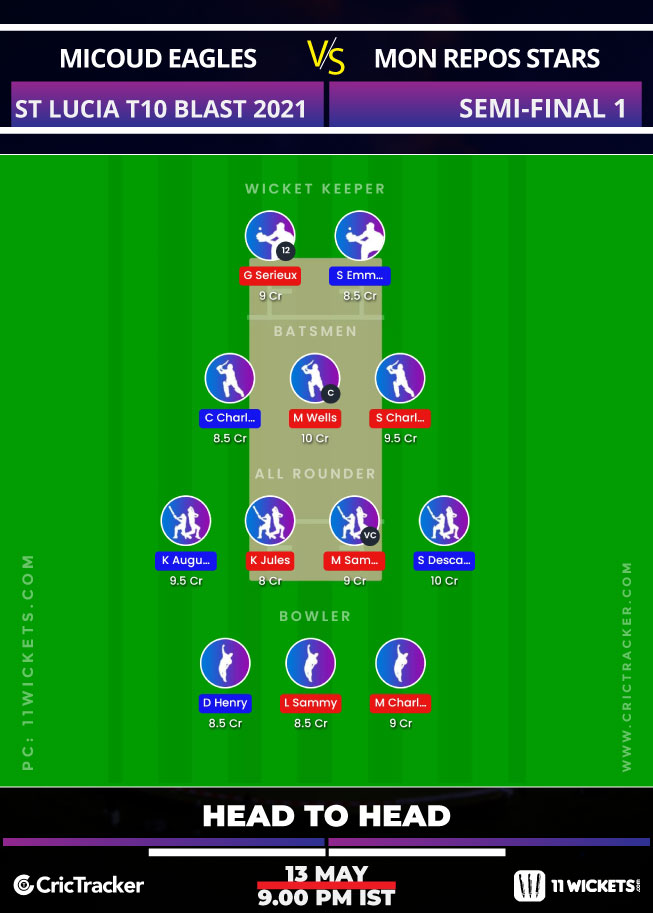 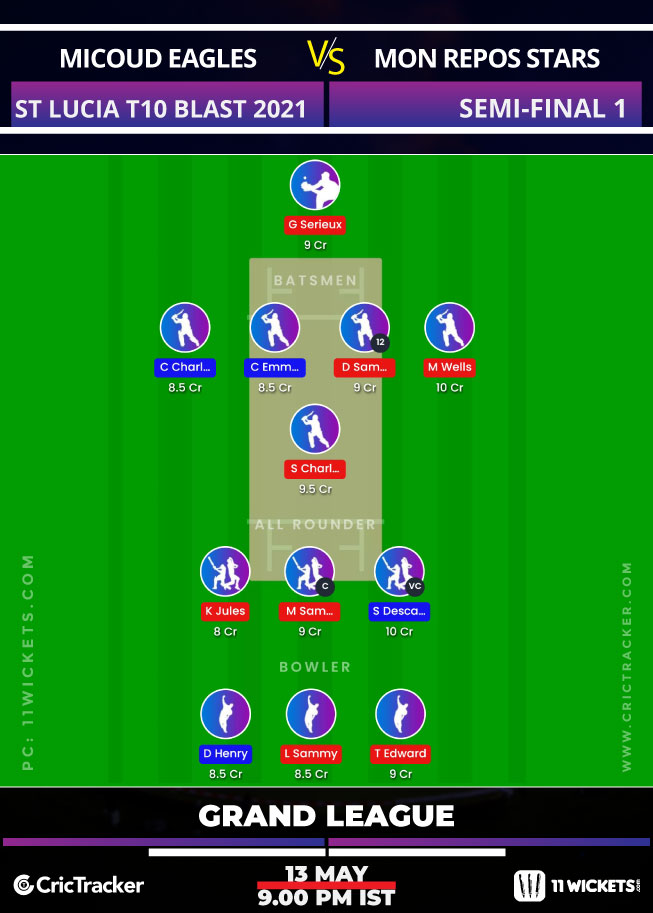