Qais Ahmad is a must have selection

Welcome to the MD versus PAL 11Wickets match. Maiwand Defenders will face Pamir Legends in the fourth match of the Afghan OD Cup on Saturday, 14 May 2022, at the Khost. Continue reading to learn more about today’s Afghan OD Cup, MD against PAL 11Wickets squad.

For the second time in the tournament, the Maiwand Defenders and Pamir Legends will face each other. Defenders had won their previous encounter, which had been a tight one. Legends came close to capturing 255. They were only ten runs short of the total.

The pitch will help batters more, Both sides will look to bat first at this venue because chasing appears to be difficult and there will be something for the pacers as well

Mohammad Shahzad batted well in the last head-to-head match He made 70 out of 102 deliveries, with seven fours and a six. He is the best pick for keeper here, and he will also begin the innings.

Darwish Rasooli In the first match, he was named player of the match. He finished with 84 points on 90 deliveries, including six fours and one six. He will be the team’s finisher in this situation.

Qais Ahmad Among the bowlers, is a must-have selection. In the first encounter, he was the team’s standout player with the ball. He finished with three wickets while allowing only 4.7 runs per over.

Shahidullah  had a half-century in the previous head-to-head match and will want to replicate that here as well. 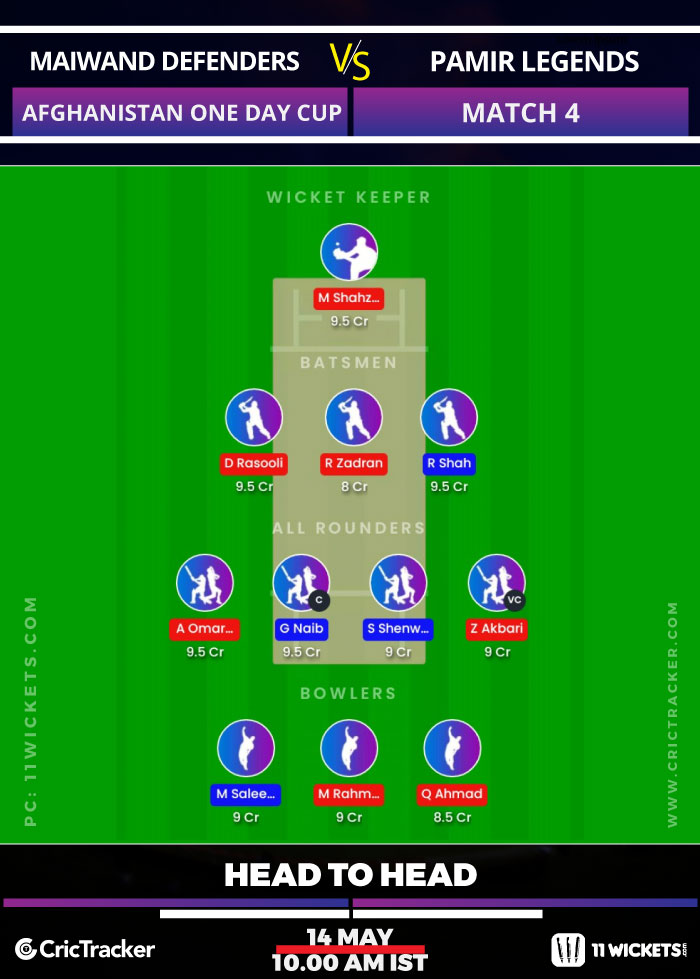 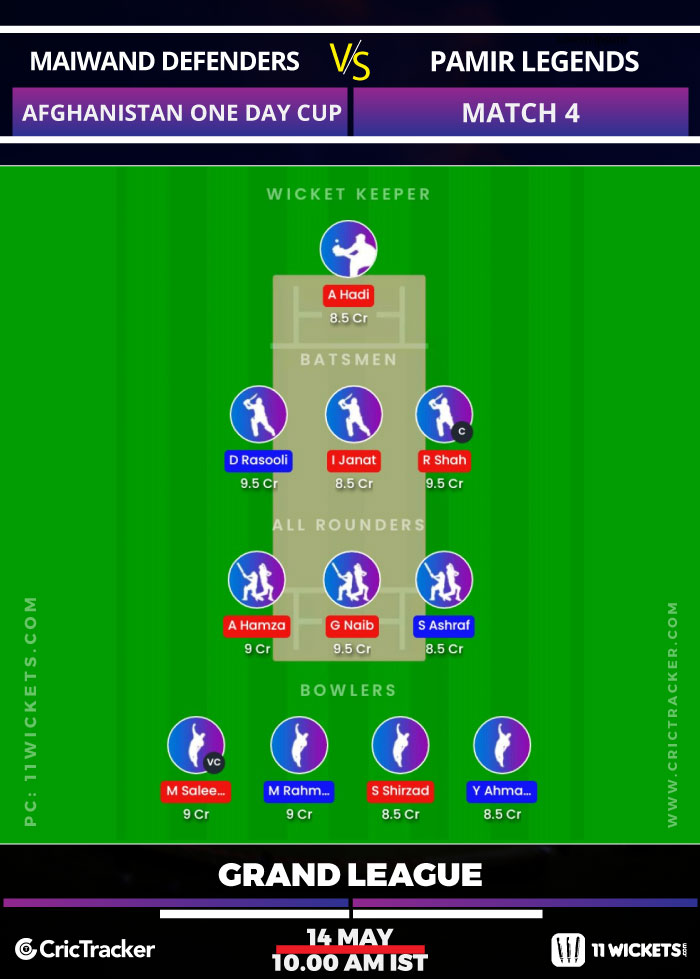