Rashid Khan is a prized scalp in this contest as well like he is in every short-format league in the world. 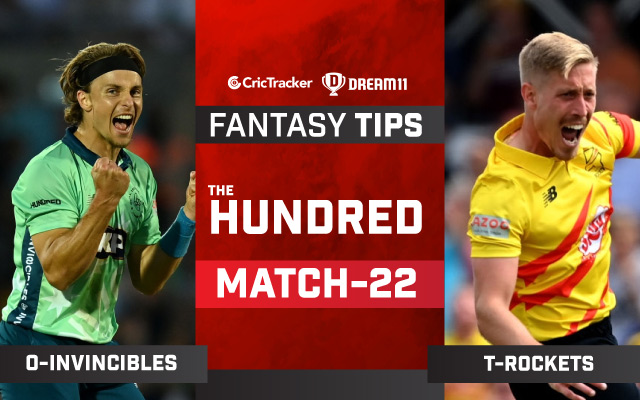 In the 22nd match of Men’s Hundred 2021, we will witness a contest between Oval Invincibles and Trent Rockets. The two teams have had contrasting fortunes so far in this tournament. Trent Rockets have been in superb form and are leading the points table at this moment.

Trent Rockets have played five matches so far and have managed to win four of them. They beat Welsh Fire in their last match. On the other hand, Oval Invincibles have lost two and won two matches. They are coming into this match after a loss and one of their matches has been abandoned as well.

The pitch in Oval can offer a bit of turn as it isn’t the fastest in the country. We can expect scores around 130 or 140 in this game.

Sunil Narine is a match-winner type of player in the shortest format of the game. He has managed to scalp up three wickets and also add 43 runs with the bat in this tournament so far.

Jason Roy scored 118 runs with the bat in this tournament so far while batting at a strike rate in excess of 140. He has looked in good form with the bat.

Rashid Khan has been one of the stand-out performers of this side so far in this tournament. He has managed to take eight wickets and also score 26 runs.

D Arcy Short has been batting really well in this tournament so far and has looked in fine touch with the blade. He has scored 141 runs with a good strike, batting in the top order. He can also take wickets.

OVI vs TRT Must Picks for Dream11 Fantasy Cricket:

S Mahmood has bowled well in this tournament but he offers only with the ball and given the options in this match, you are better off avoiding him as the captain.

Tom Curran has not been dismissed yet but hardly gets regular opportunities to bat. There are better options.

Luke Wood has picked up only two wickets in five matches and he doesn’t offer a lot with the bat. It is wise you avoid him.