Having not taken the field yet, Melbourne Renegades are unlikely to put up with a strong Perth Scorchers side. 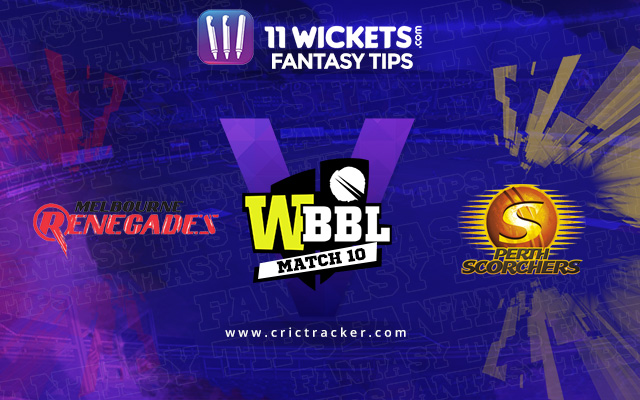 The 10th match of the Women’s Big Bash League (WBBL) 2020 will be played between Melbourne Renegades Women and Perth Scorchers Women at the Drummoyne Oval, Sydney.

The months of October and November never present the ideal weather for the game of cricket, but the rain doesn’t seem to stop in this season’s Women’s Big Bash League. It has ruined the first round fixtures of quite a few teams, one of which is Melbourne Renegades.

Both of their first-round games, against Melbourne Stars were abandoned without a ball being bowled. They will take the field again on Saturday against Perth Scorchers. The Scorchers suffered a defeat at the hands of Brisbane Heat on their season-opener, while their second game against Hobart Hurricanes was washed out.

Unfortunately, the weather is not supportive of cricket for this game as well. Scattered thunderstorms and showers are predicted.

If we do get a game, we can expect a low-scoring thriller on this pitch, which will host its first WBBL game. Bowlers are expected to have a good time in the middle.

Australia vs India: David Warner brings out 'Butta Bomma' step while fielding in the first ODI

Sophie Devine scored 26 runs in Perth’s season-opener against Brisbane Heat. With the ball, she couldn’t get any wicket but conceded only 23 runs from her 3 overs.

Beth Mooney was Scorchers’ best batsman in the game against Brisbane Heat. She scored 37 runs from 33 deliveries, which included a six.

Sophie Molineux has picked up 23 wickets from 24 T20Is so far, which includes a 4-wicket haul. She can also be handy with the bat and has scored over 1000 runs in WBBL.

Amy Satterthwaite, the veteran Whitefern, has scored over 1500 runs in her long T20I career. She has a T20I career average of over 20. With the ball, she has picked up 24 wickets in the shortest format of the game. 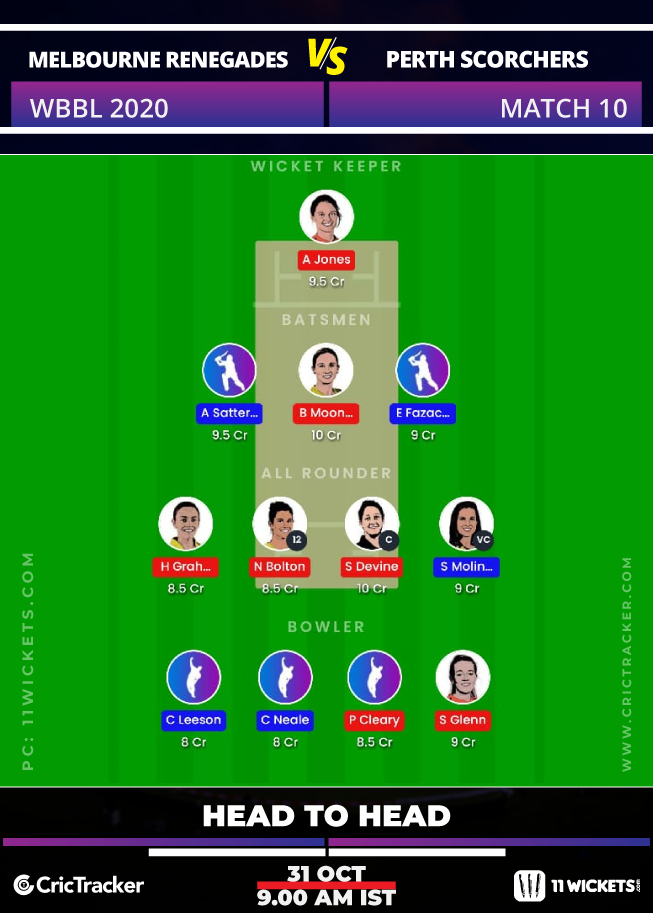 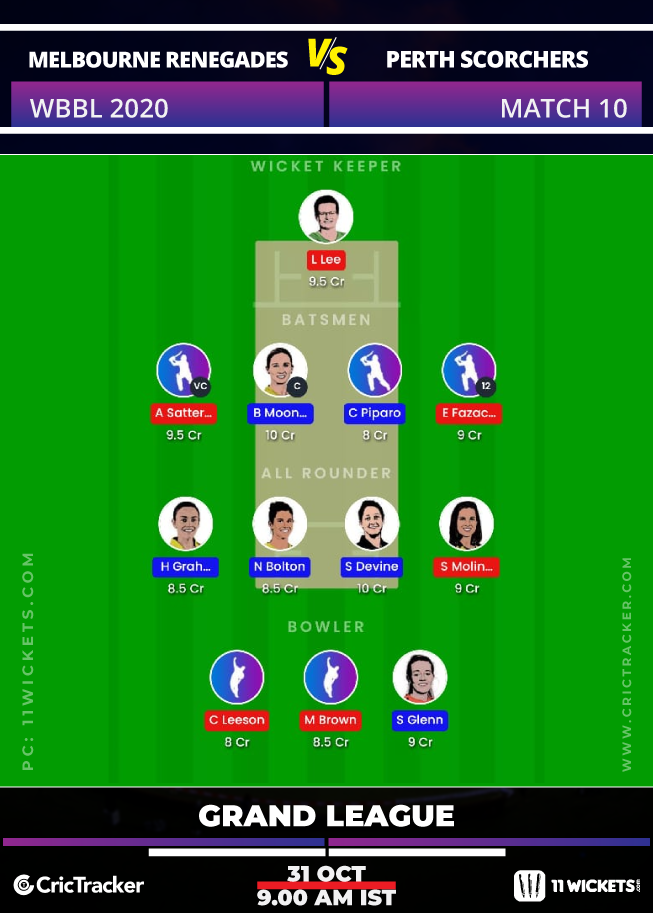 Sarah Glenn was impressive in the game against Brisbane Heat. She conceded only 24 runs from her 4 overs and also picked up a wicket. It is advisable to pick her in both of your 11Wickets Fantasy teams.