Melbourne Renegades are expected to get back on track by derailing Sydney Sixers. 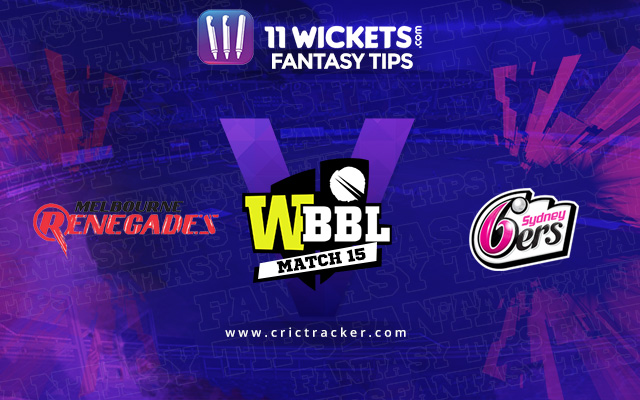 The 15th match of the Women’s Big Bash League (WBBL) 2020 will be played between Melbourne Renegades Women and Sydney Sixers Women at the Sydney Showground Stadium, Sydney.

Given the conditions in Australia, luck is bound to play a big part in this season of Women’s Big Bash League. It is something Melbourne Renegades have found wanting in so far. They bowled well in the opening game against Melbourne Stars, but the match was washed out, and so was their second game.

The only match which did happen was against Perth Scorchers, where Renegades didn’t turn up. Renegades will now face Sydney Sixers, a side which saw 2 of their games getting washed out as well. The only difference, however, is that they won the game which took place, against Adelaide Strikers.

The unfortunate news is that the weather is not looking bright for this game and we can expect rain. The temperature is expected to be around 18 degrees Celsius.

The Sydney Showground Stadium is normally a neutral pitch, but every calculation has gone for a toss after just 1 game. Sydney Thunder 190 runs in this pitch, which suggests that there is something in it for the batters.

190 (One played at this venue in this tournament)

Marizanne Kapp has been the strike bowler for the Sixers. She has picked up 3 wickets so far and has an economy rate of 7 runs per over.

Carly Leeson is the leading wicket-taker for Melbourne Renegades. She has picked up a couple of wickets from as many games and has an average of under 20.

Lizelle Lee has not had a good start to her campaign, scoring just 6 runs. However, she can be extremely dangerous on her day and given her experience, it is safe to say her day is coming soon.

Ellyse Perry‘s story has been similar to Lizelle Lee’s. She had a below-par start to the tournament but is one of the most dangerous all-rounders Australia has produced in a long time. On her day, she can destroy any team single-handedly. 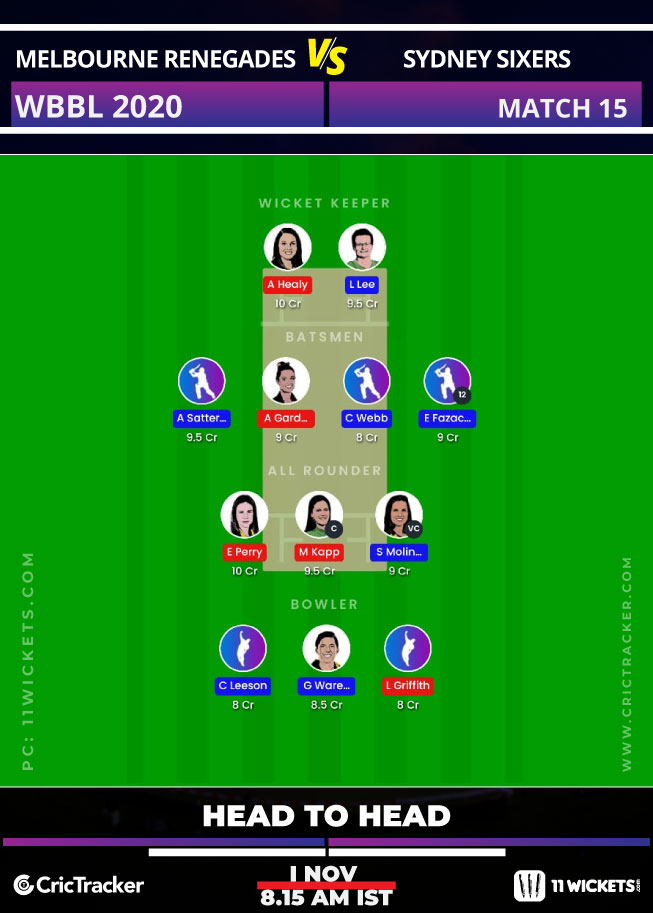 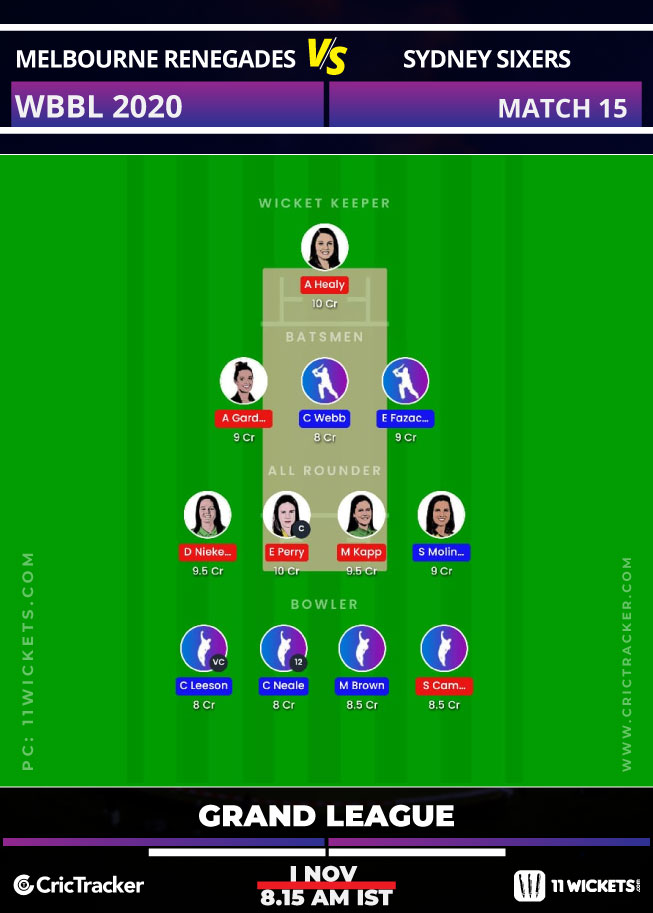 Lisa Griffith has had a good campaign so far, picking up 2 wickets in the only game she played. It is advisable to pick her in at least one of your 11Wickets Fantasy teams.

Melbourne Renegades are predicted to win this match.