Delhi Capitals are inching closer towards the playoffs berth. 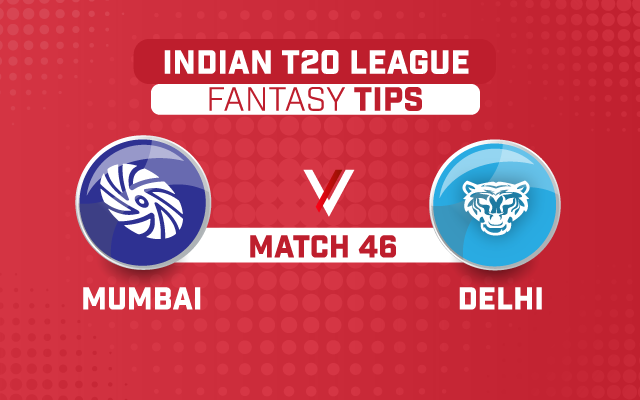 Mumbai Indians showed the champions’ attitude of never giving up got back to winning ways with a 6-wicket victory over Punjab Kings. They made a couple of changes to their line-up, and it worked hugely in their favour. This will be another must-win game for them. Mumbai are at the fifth spot in the standings with 10 points.

Delhi Capitals, on the other hand, are one step away from cementing their spot in the play-offs. Delhi Capitals’ four-match winning streak was broken by Kolkata Knight Riders on Tuesday. They defeated Mumbai Indians in their previous face-off by 6 wickets in the first leg of IPL, which will add to their confidence. They are at second spot in the standings with 16 points.

The surface here at Sharjah was favouring the batters till last year. However, it has been completely modified for this year and hardly we have seen the runs flowing. The highest score recorded so far in the last 4 matches is 157 and the team chasing have won of 3 of those.

Saurabh Tiwary may not be the most elegant batter, but he definitely knows how to score runs. The Jharkhand batter backed his ability and scored useful 45 runs from 37 deliveries against Punjab Kings. In 3 matches in this IPL, he has scored 100 runs at an average of 100.

Shikhar Dhawan is still holding the Orange Cap with 454 runs in 11 matches. He is yet to score a half-century in the second leg of the IPL, but it seems that it is only a matter of time now.

Hardik Pandya has been backed by Mumbai Indians and he didn’t disappoint them this time. He played a finisher’s knock and won the match for Mumbai in style against Punjab Kings. He scored 40* runs from 30 deliveries.

Jasprit Bumrah has been one of the consistent performers for Mumbai Indians over the years. His change-ups and abilities to bowl the yorkers makes him one of the toughest bowlers to face. He has scalped 16 wickets in 11 matches in this edition at an economy of 7.62.

Anrich Nortje is the most economical bowler for Delhi Capitals in this IPL. In 3 matches, he has bagged 5 wickets at an economy of 4.35, with the best figures of 2/12.

Quinton de Kock is a must-pick player for your fantasy teams. He is a clean striker of the ball and hits unorthodox shots at times as well. He is the second-highest run-scorer for Mumbai Indians in this edition with 278 runs in 10 matches.

MI vs DC Must Picks for Dream11 Fantasy Cricket:

Kieron Pollard was the match-winner for Mumbai Indians against Punjab Kings, this time it was with the ball. He removed the big guns in Chris Gayle and Lokesh Rahul in a single over and scored 15* runs with the bat at the late end of the innings. It’s worth a risk to pick him as your fantasy team skipper.

Rishabh Pant has scored 311 runs in 11 innings in this IPL at an average of 38.87, with the highest score of 58*. It’s worth a risk to pick him as your fantasy team captain.

Shimron Hetmyer is batting way low, so often does not get a lot of deliveries to face. On top of that, he is also going through a lean patch. Hence it is advisable not to pick him.