Varun Chakravarthy is proving his worth on a constant basis. 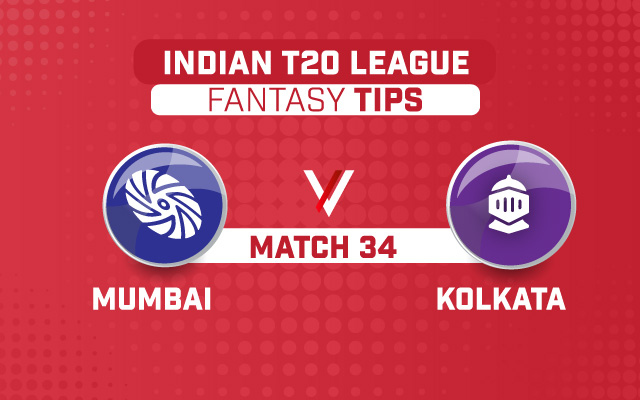 The five-time champions, Mumbai Indians didn’t start well in the second leg of the IPL 2021, as they lost to Chennai Super Kings by 20 runs. They did well to pick up wickets early on, but later at the death, they conceded plenty of runs, which brought about their downfall. Rohit Sharma, who missed the last match due to a niggle, is likely to be back for this match.

Kolkata Knight Riders, on the other hand, were stunning against RCB in their previous match, as they bowled Virat Kohli’s team out for just 92 runs. The Knights then chased the target with 10 overs still left in the game. This was one of the biggest victories in IPL in terms of balls remaining. Youngsters are doing great work for KKR at the moment.

The wicket is conducive for the bowlers, and we witnessed some terrific bowling performances from KKR bowlers against RCB on Monday. Having said that, the batters need to spend time at the crease to put a decent total on the board.

Suryakumar Yadav got out cheaply for a single-digit score in the last match against Chennai Super Kings. That being said, he is a match-winner who has got the necessary backing of the Mumbai team management to play freely. He has scored 176 runs so far in this IPL at an average of 22.

Shubman Gill played a sensible knock in the last match against RCB. The 22-year-old talented batter from Punjab scored 48 runs from 34 deliveries in the run chase. Overall in this year’s IPL, he has amassed 180 runs in 8 matches at an average of 22.5.

Krunal Pandya can be a good budget pick. He might be struggling to make a big impression in this IPL. However, he is a resilient all-rounder and will be hopeful of delivering well in this match.

Andre Russell was brutal with the ball against RCB. His unplayable yorker to dismiss AB de Villiers was one of the main highlights of the match. He ended with the figures of 3/9.

Trent Boult is a wicket-taking bowler who swings the ball both ways and is very effective in the powerplay. The New Zealand left-arm quick has scalped 10 wickets in this year’s IPL, with the best figures of 3/28.

Varun Chakravarthy likes to attack the stumps every time he runs in, and he did the same against RCB. Bangalore batters struggled to read his variations and fell to his trap. He was the player of the match for his figures of 3/13.

Quinton de Kock was cruising well in the match against Chennai Super Kings, but was dismissed when he was batting on 17 runs. He has mustered 172 runs in 7 matches so far in this year’s IPL, with the highest score of 70*.

MI vs KKR Must Picks for Dream11 Fantasy Cricket: 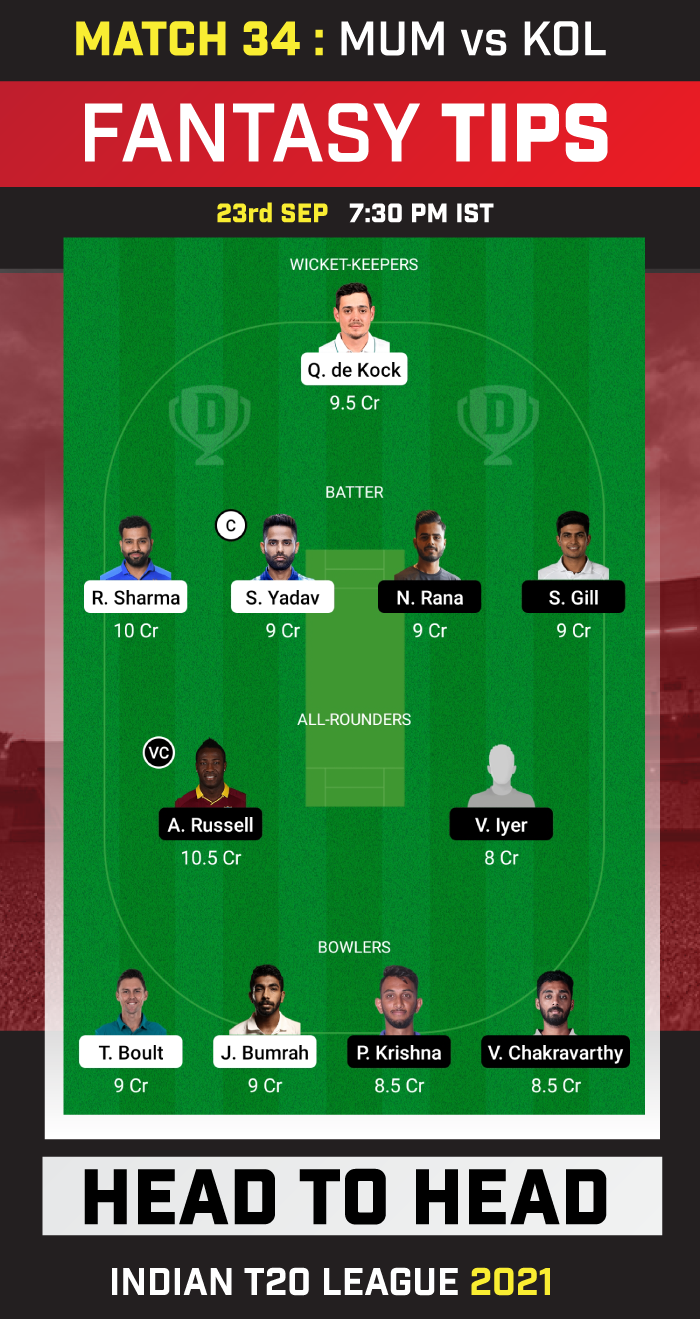 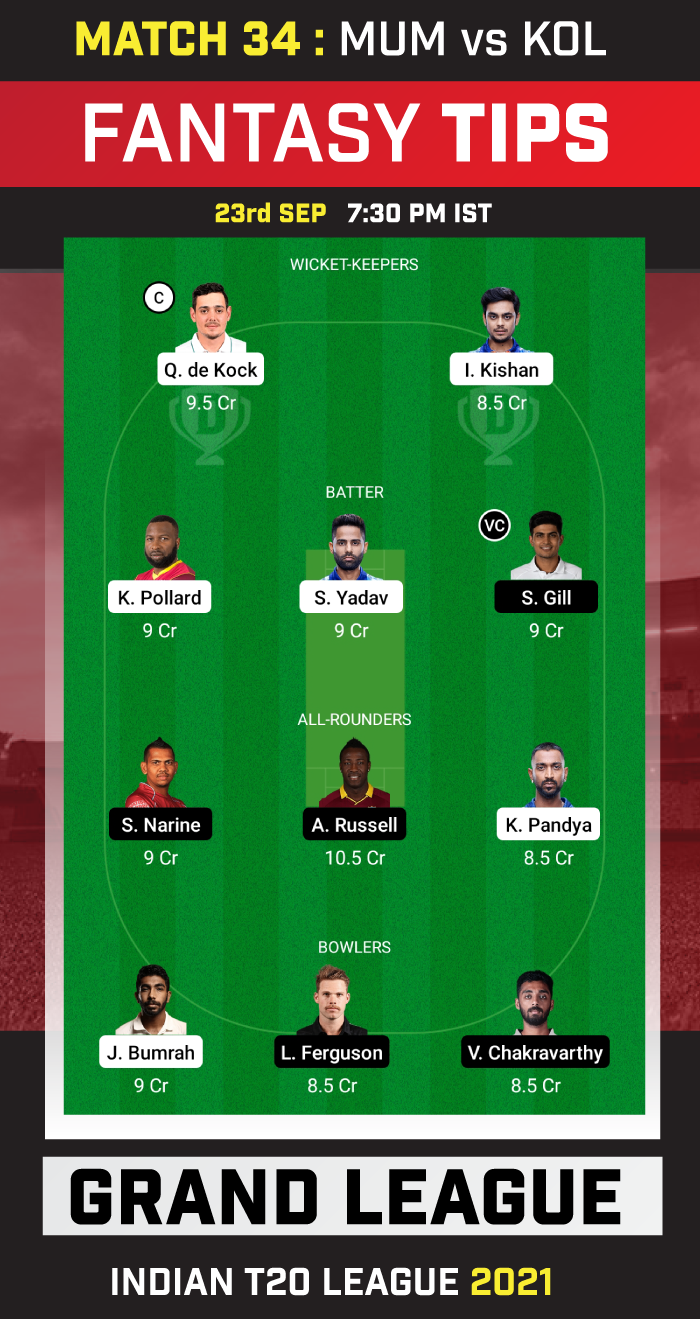 Playing in his debut IPL game, Venkatesh Iyer played some breath-taking shots against RCB and fearlessly attacked the top quality bowlers. He remained not out on 41* runs from 27 deliveries. He is a risky captaincy pick for your fantasy teams.

It will be interesting to see how he adjusts to his role of a number three, but Nitish Rana played quite a few extraordinary knocks in the first phase of IPL 2021, where he batted as an opener. In fact, he scored a half-century against Mumbai Indians.

Dinesh Karthik bats way down the order for KKR, which is why it’s hard to pick him in the final eleven.