Rashid Khan is one of those rare commodities who can pick up wickets whilst simultaneously being economical. 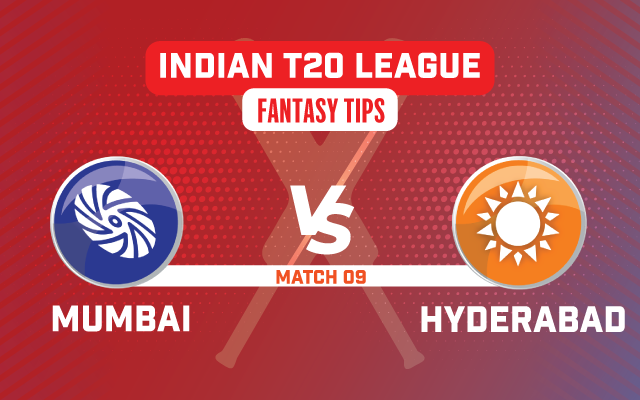 It has only been a week since the start of IPL 2021, but panic has already started to set in at the Sunrisers Hyderabad camp. The start they have got off to is exactly what they would have wished to avoid, as the Orange Army have lost both of their first two matches. What will bother their fans and management more is the manner in which they lost the last match against Royal Challengers Bangalore, since the game was in their grasp for most of the overs.

They will be looking for a comeback, and will now take on a side that has already made the comeback – Mumbai Indians. After starting their season with the now-customary manner of losing the first match, they defeated the Kolkata Knight Riders yet again in their last game.

The last two matches on this pitch proved once again that batsmen will have to work really hard for their runs here. Chasing seems to be more difficult in Chennai than batting first, since the pitch is becoming tacky as the game is progressing.

Also Read: Best XI from the first week of IPL 2021

Anything and everything that Suryakumar Yadav is doing right now is looking perfect, for the batsman is in the form of his life. After scoring 31 runs in his first IPL 2021 game, he scored 56 runs against Kolkata Knight Riders. His six off the bowling of one of world cricket’s deadliest pacers currently active, Pat Cummins, speaks volumes about his confidence.

One has to feel sad for David Warner, as the Sunrisers skipper did all he could to get his team over the line in the last game. He scored 54 runs from only 37 deliveries and will be a good captaincy pick.

Krunal Pandya had an excellent game against Kolkata. His 15 off 9 deliveries with the bat helped Mumbai reach a respectable total, while he also picked up a wicket by conceding only 13 runs.

Rashid Khan is one of those rare commodities who can pick up wickets whilst simultaneously being economical. In the first two games, he has picked up 4 wickets by conceding only 42 runs.

Jasprit Bumrah failed to pick up wickets in the last match, but it was his fourth over, and the innings’ 19th, which snatched the game away from KKR’s grasp. In the first game, he picked up 2 wickets by conceding only 26 runs.

Jonny Bairstow wasn’t of great help for Sunrisers Hyderabad in the last game, but he scored 55 runs in the last game. He should be your first pick from the wicketkeeper.

Ishan Kishan couldn’t make an impact in the last match, but scored 28 in the game before. Just before coming to the IPL, he scored 56 runs from 32 deliveries in a T20I against England.

MI vs SRH Must Picks for Dream11 Fantasy Cricket:

Manish Pandey faced a lot of criticism for his strike rate in the last game, but what was overlooked in that debate was that he still is Hyderabad’s leading run-scorer in this season. If he can accumulate runs at a better pace, Pandey can turn out to be an asset. He can be a risky captaincy pick for this game.

Quinton de Kock had a poor start to his IPL 2021 campaign, but in his last game before the IPL, he scored 80 runs against a strong Pakistani bowling unit. He can be a differential captaincy pick.

Vijay Shankar is neither helping Sunrisers with his batting, nor is he getting enough chances to leave his mark with the ball. Considering that, he should be the player to avoid for this match.