Chris Green took a five-wicket haul in his previous outing.

Middlesex and Hampshire will be up against each other in the South Group match of T20 Blast 2021. This match will take place at the Radlett Cricket Club in Radlett on Tuesday (June 15).

This encounter will get underway at 10:00 PM IST and will be streamed live on FanCode.

Both sides haven’t had a fruitful start to their campaign in T20 Blast 2021 and would be raring to get a win here.  Hampshire started their campaign with a thumping 38-run defeat against Kent. Although they made an impressive comeback and defeated Essex by 13 runs, Sussex defeated them by nine wickets in the next game.

On the other hand, Middlesex’s condition is even worse as they suffered defeats in their first two games and are reeling at the bottom of the South Group team standings. Performing as a unit has been a challenge for them. Hence, they need to develop a solid game plan to get their first win of the season.

The Australian all-rounder is nothing but a tremendous asset in the T20s and, subsequently, has featured in many leagues worldwide. Chris Green score quick runs lower down the order, and his handy off-breaks has challenged many batting stars. Green took a five-wicket haul in his last outing and wouldn’t mind replicating his heroics.

Hampshire skipper James Vince is another player who’ll be under the spotlight in this game. The dashing opener has a plethora of experience in T20 cricket, and the Middlesex bowlers must beware of him. Notably, Vince got starts in his previous outings this season, and a big score seems right around the corner. 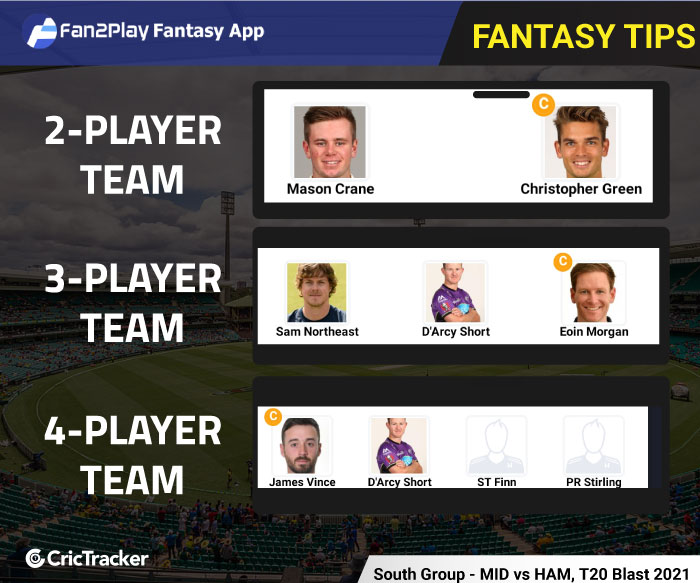 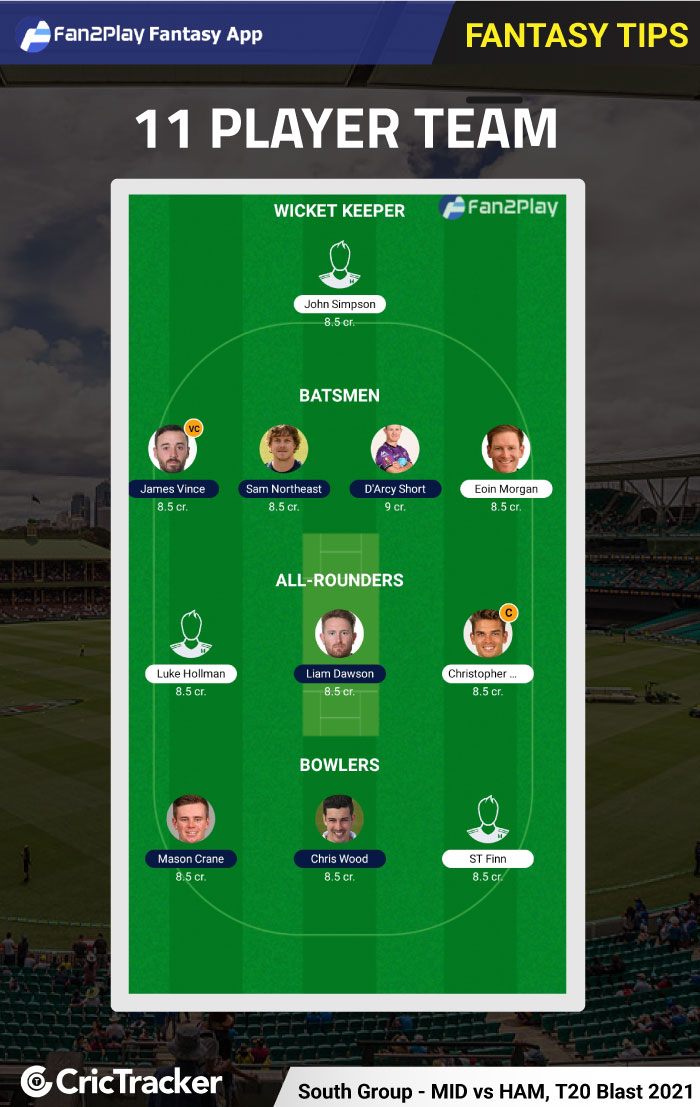