Minister Group Rajshahi are expected to win this match. 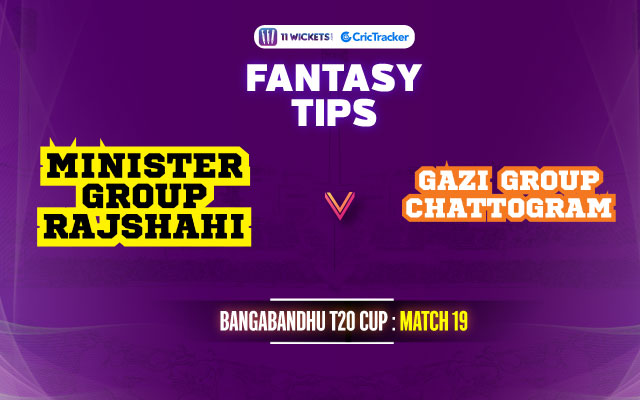 The 19th match of the Bangabandhu T20 2020 will be played between Minister Group Rajshahi and Gazi Group Chattogram at Sher-e-Bangla National Stadium in Mirpur, Dhaka.

The league stage of the ongoing Bangabandhu T20 Cup is about to end and the penultimate match will be played between Minister Group Rajshahi and Gazi Group Chattogram. The Rajashahi will be fighting for a spot in the playoffs as they are at the fourth spot in the points table. However, they have lost five matches on the trot and beating the team which has lost only one out of seven matches won’t be easy.

There is no chance of rain in Dhaka on Saturday with the temperatures ranging from 24 to 26 Degrees Celsius during the match.

If the previous few matches played at the venue are considered, it is good surface to bat on. The team winning the toss is expected to chase as the records favour chasing sides.

Najmul Hossain Shanto has scored 290 runs at an SR of 159.34 and is the leading run-scorer for his team. Anisul Islam Emon has mustered 195 runs and picked up a wicket in seven matches so far. Mukidul Islam has impressed many with his all-round show having scored 119 runs in six innings along with four wickets. Soumys Sarkar scored 62 runs in the previous game and is in good form. Mosaddek Hossain has scored 107 runs and picked seven wickets so far. 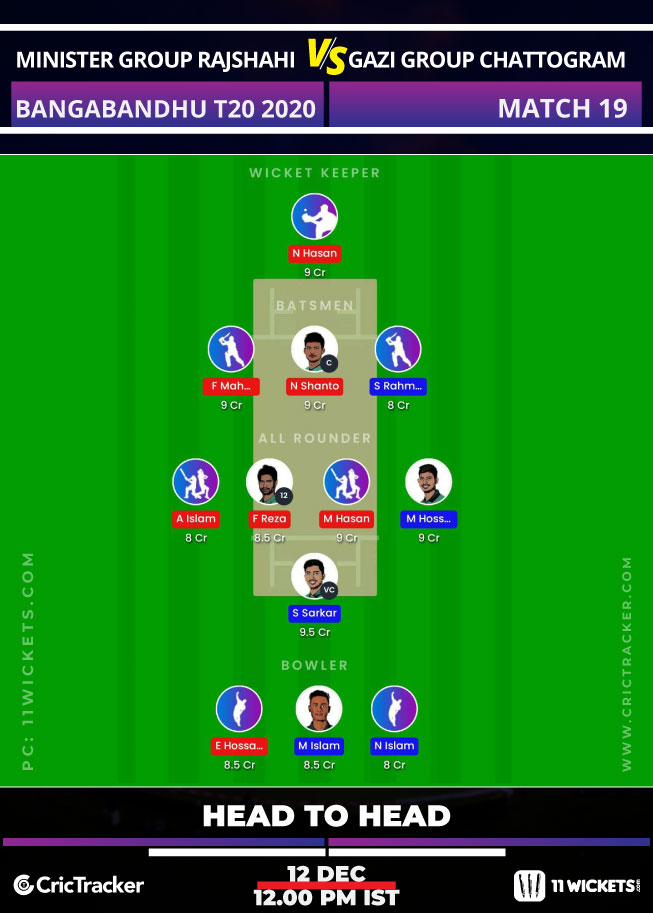 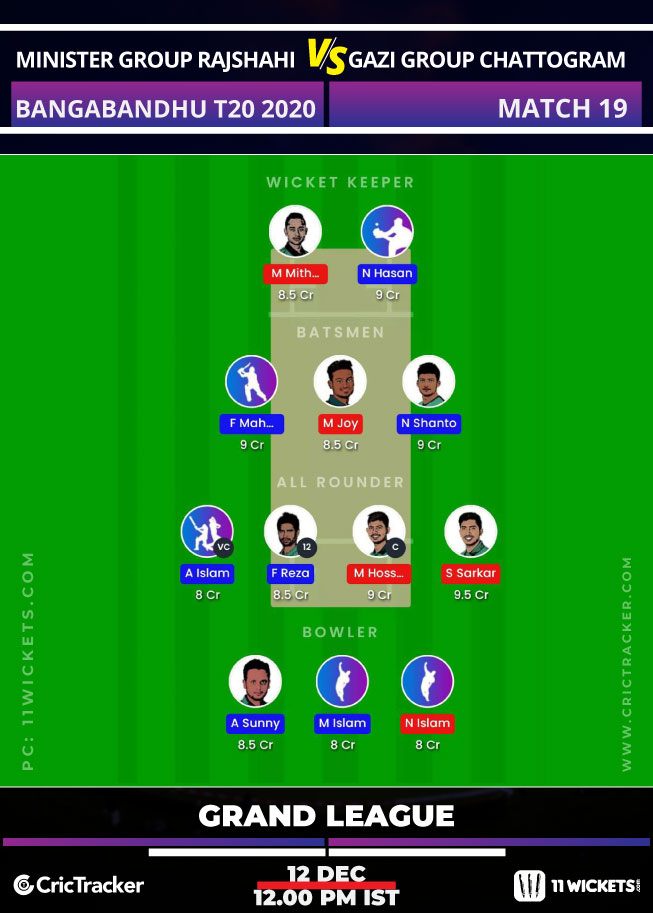 Both the teams have brilliant all-rounder up their sleeves. It would be wise to pick four of them in your Fantasy team for this match.

Minister Group Rajshahi are expected to win this match.