Minister Rajshahi are unlikely to prevent Gazi Group Chattogram from register their fourth win on the trot. 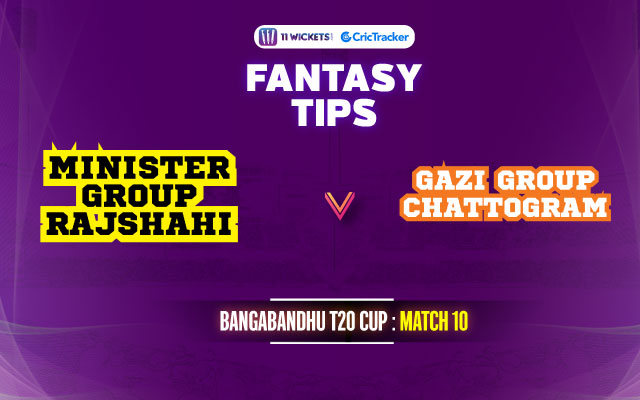 The 10th match of the Bangabandhu T20 2020 will be played between the Minister Group Rajshahi and Gazi Group Chattogram at the Sher-e-Bangla National Stadium in Mirpur, Dhaka.

While the first Bangabandhu T20 Cup match of Wednesday will see a clash between two struggling teams, the temperature will cross all limits during the second game of the day. Two very prolific sides in Minister Rajshahi and Gazi Group Chattogram will lock horns at Mirpur.

The former have been the brighter of the two sides. Mohammad Mithun’s side has won all of the 3 games they have played so far. On the other hand, Minister Rajshahi have won of the 3 matches they have been a part of. Nazmul Hossain Shanto’s boys started their campaign on the front-foot, winning both of their first two games. However, a defeat against Fortune Barisal will force them to lift their feet off the accelerator.

The temperature is expected to be around 29 degrees Celsius. The chances of precipitation are only 40% and we can expect a full game.

This track is tailor-made for the batsman, as anything above 140 is looking difficult here. However, the wicket will be a bit more lenient to batsmen in the second innings.

Mominul Haque has been ruled out for the season

Mahedi Hasan can fetch you good points in both the innings, as he has scored 84 runs and has also picked up 3 wickets.

Soumya Sarkar has scored 75 runs at an average of nearly 40. He can be effective with the ball as well and has 2 wickets to show for.

Liton Das has been rock-solid at the top-order for Gazi Group Chottogram. He has scored 122 runs at an average of over 60 and a strike rate of over 115.

Mustafizur Rahman is undoubtedly the brightest star of Chattogram, having picked up 9 wickets and conceded runs at an economy rate of under 4 runs per over. 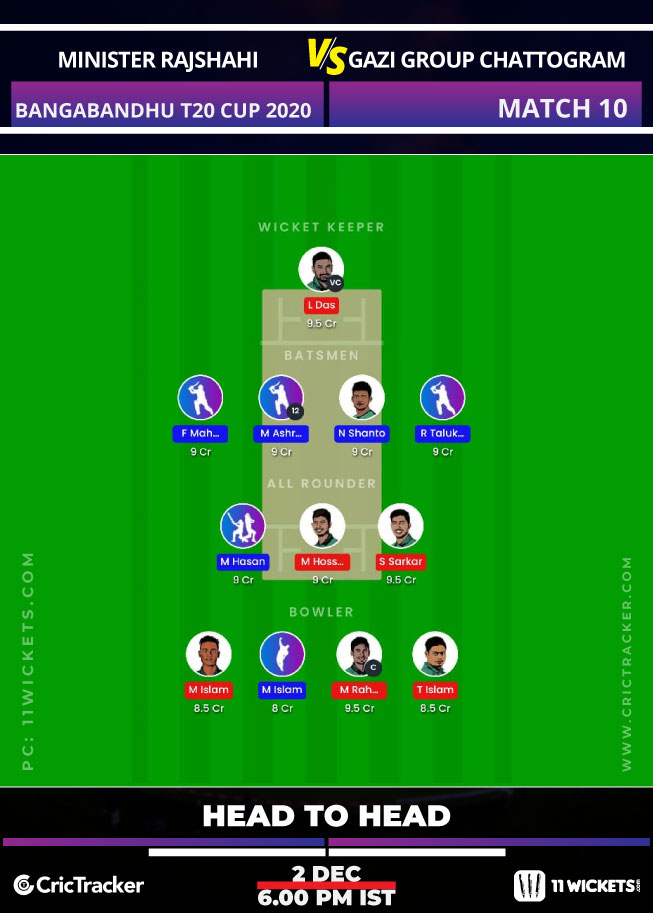 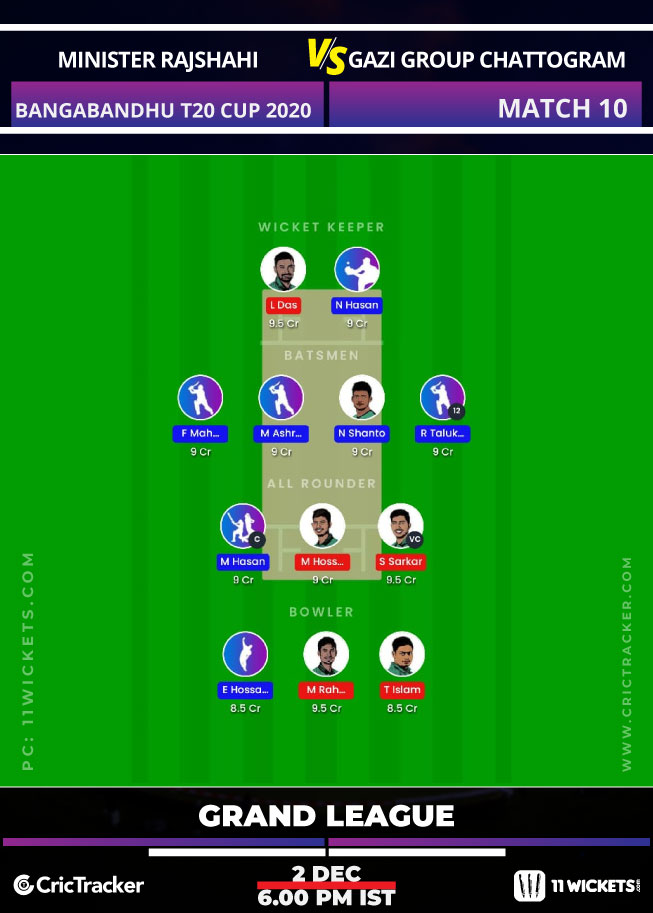 Mukidul Islam Mugdho might have been a bit expensive, but he has provided his team 4 breakthroughs. He can be a great budget option for your 11Wickets Fantasy teams.