Pak I Care are expected to start their journey in ECS T10 Barcelona 2020 with a win over Minhaj CC.

The 3rd match of the ECS T10 Barcelona will be played between Minhaj Cricket Club and Pak I Care, at the Montjuic Ground, Barcelona.

While Minhaj Cricket Club have some very effective all-rounders in their ranks, Pak I Care also have a few players who can prove to be game-changers. Hence, it will be interesting to see what combination these two teams come up with. The clubs in Barcelona have been more competitive as compared to other European countries. Hence, it should be an exciting battle.

The weather will be mostly sunny during the game. The temperature will be around 21 Degree Celsius with zero chances of rain during the match time.

The pitch is fairly balanced, but since it’s a T10 format, we can expect the batsmen to start accelerating from ball number 1. Whoever wins the toss should opt to bat first.

Abid Mahboob is the leading run-scorer for Pak I Care, with 711 runs to his name. He has amassed these runs in just this year alone.

Khizar Ali scored the most number of runs for his team last year. In addition to that, he scalped 23 wickets as well.

Adeel Shafqat was the leading wicket-taker with 27 wickets in 2 tournaments, Liga Catalana and Copa Barcelona, for his team Pak I Care in last season.

Shehroz Ahmad is in good form with the ball for Pak I Care. He has picked up 23 wickets and also scored 456 runs for his team in last season.

Jafar Iqbal a very reliable batsman from the  Minhaj CC camp. He has shown great form in this year’s Catalan League.

Muhammad Ihsan is the second leading run-scorer for Pak I Care, with 658 runs to his name in this year.

IPL 2020: Sanjay Manjrekar picks his best XI of the tournament 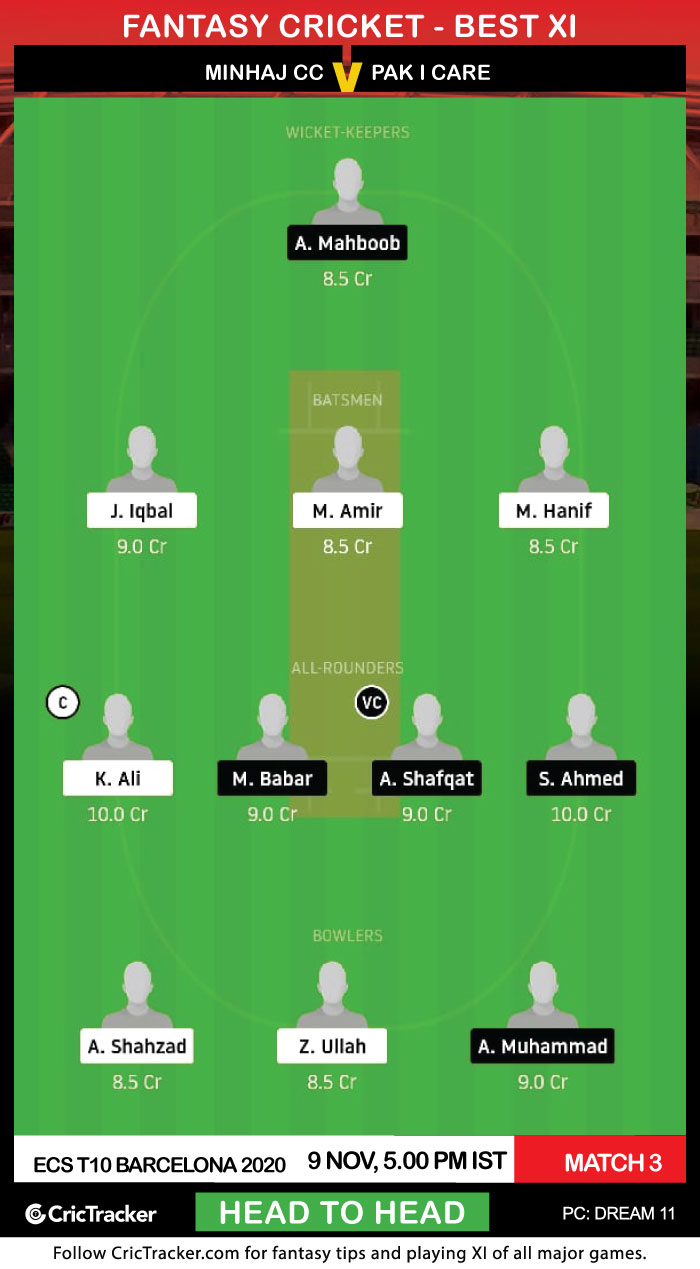 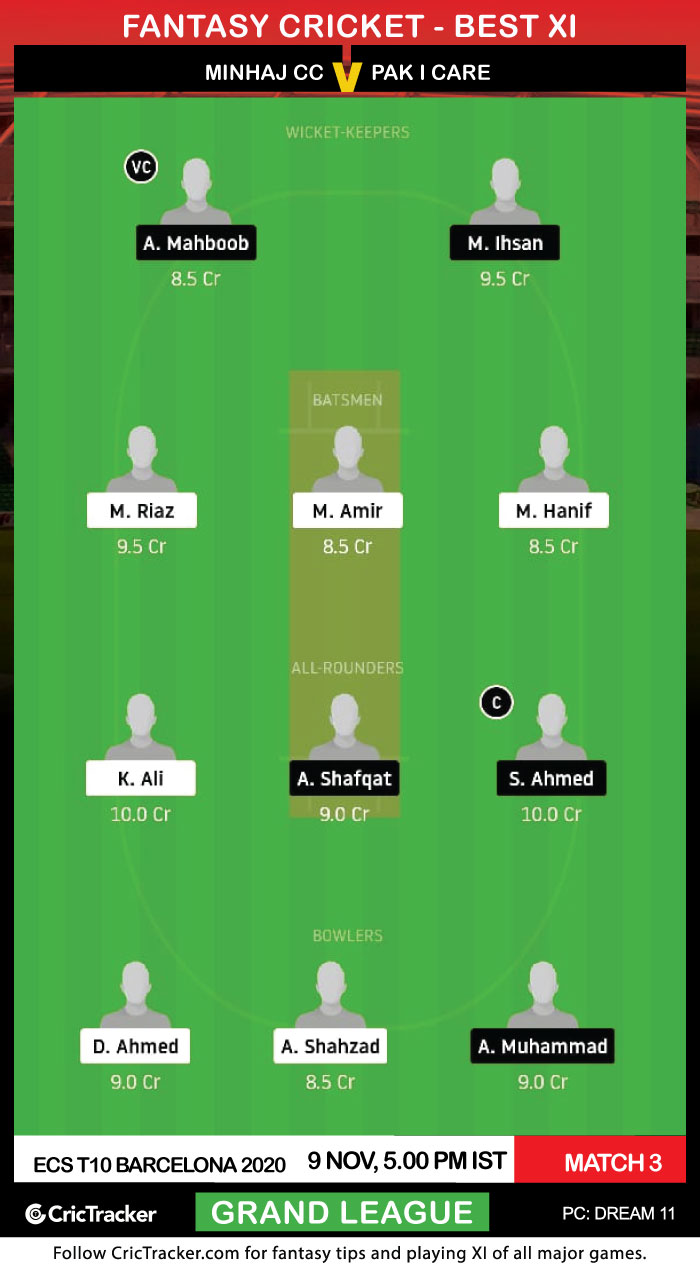 It is advisable to pick Abid Mahboob as the vice-captain of any one of your Dream11 Fantasy teams. He can turn the game on its head by scoring quick runs and at te time of writing, he was selected by only 4% of users, which makes him a potentially great differential.

PAK I Care are expected to win this game.