On the occasion of Mohammad Azharuddin’s 55th birthday, we look at his numbers in International cricket.

Mohammad Azharuddin was one of the longest-serving captains for India in both ODI and Test format taking the burden in the majority of 1990s period. He was offered the captaincy at a young age when he was among the least experienced players in the team. Alongside his captaincy, Azhar was well known for his delightful batting. His magical wrists and leg-side flicks used to grab everyone’s attention whenever he batted.

On the occasion of Mohammad Azharuddin’s 55th birthday, we look at his numbers in International cricket:

1 – Mohammad Azharuddin is the only player to score a century in each of his first three matches in Test cricket.

4 – Azharuddin is one of the four players to score a hundred in their career’s first and also in the last Test match. He scored 110 against England on Test debut and 104 against South Africa in his last Test. 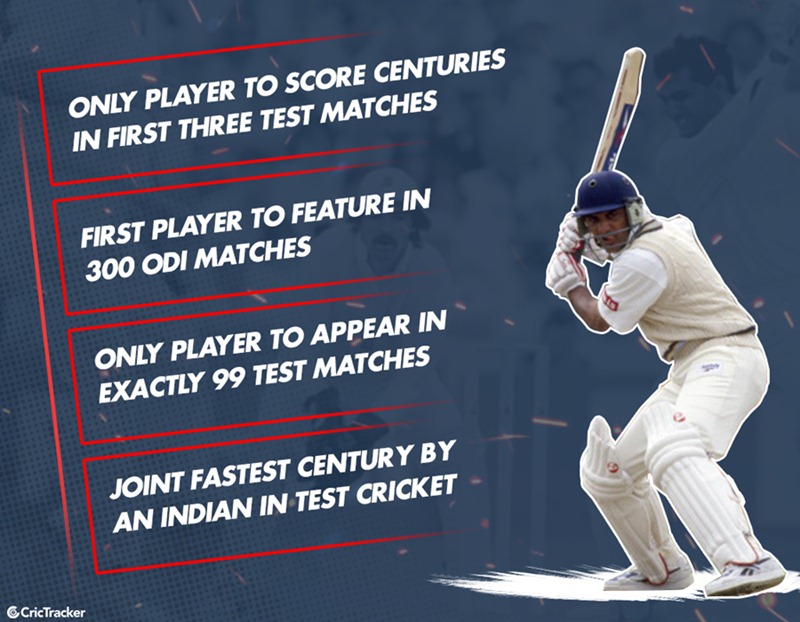 62 – Mohammad Azharuddin’s 62-ball hundred in the 1988 Vadodara ODI against New Zealand was the then fastest century in the ODI format until April 1996. Among Indians, only Virat Kohli (twice) and Virender Sehwag better Azharuddin.

74 – His 74-ball century in the 1996 Eden Garden Test match against South Africa is the joint fastest century for India in this format. Kapil Dev also scored a 74-ball ton in the 1986 Kanpur Test against Sri Lanka.

99 – Azharuddin is the only player in Test cricket to end his career with 99 Test caps. Curtley Ambrose (98) is the next closest to end career without featuring in 100 Tests. 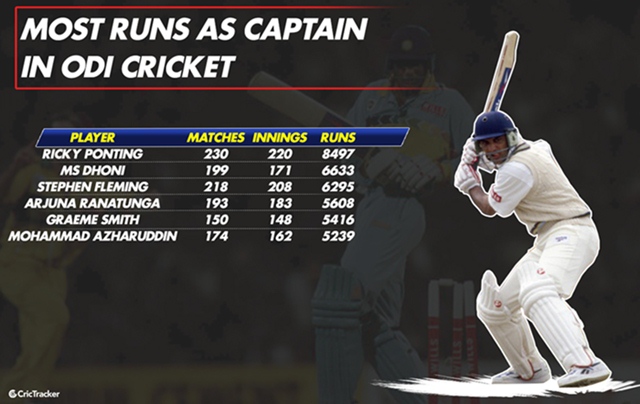 156 – Number of catches Azharuddin took in the ODI cricket as a fielder. He is the one of the three players and the only Indian to take 150 catches as a fielder in this format.

300 – Azharuddin featured in his 300th ODI match in the year 1998 against Australia to become the first cricketer to appear in 300 ODI games. 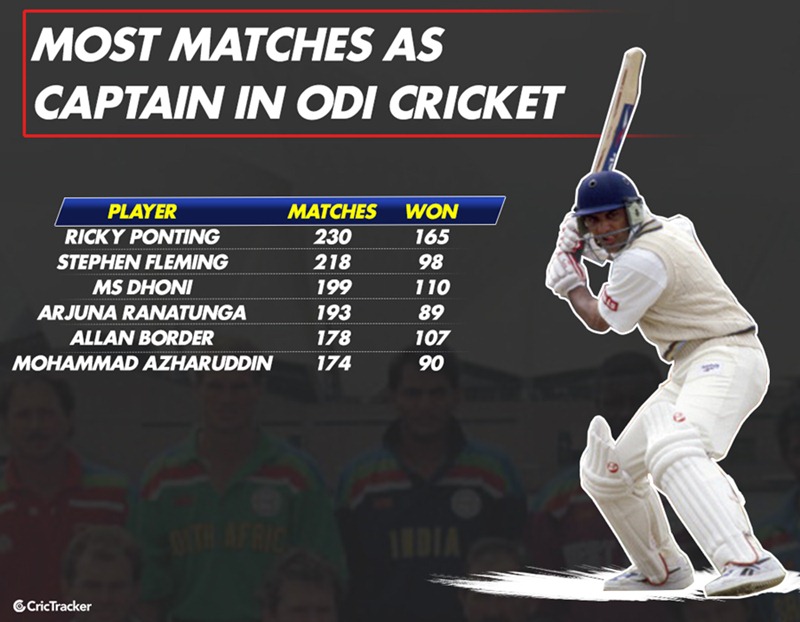