Keshav Maharaj has picked up three wickets and scored 57 runs in three matches in this tournament.

The 11th match of the Momentum One-Day Cup 2020 will be played between Knights and Dolphins at the Mangaung Oval in Bloemfontein.

The Knights have got off to a disastrous start in the Momentum One-Day Cup 2020 as they lost both the matches that too by big margins. The reason for both the defeats were they batting failures as they were bundled out for 115 and 164 respectively. They will now host Dolphins against whom the Knights lost their first game of the season by a 90-run margin. Dolphins won their first two matches of this tournament before losing to Cape Cobras. The Dolphins fell only six runs short of chasing down the target against Cobras.

The Mangaung Oval is likely to remain under the clouds for the majority of the game between Knights and Dolphins.

The Mangaung Oval in the ongoing season has been quite opposite to what it was during the 2018/19 season. The venue witnessed the team batting first losing despite the totals of 323 and 282 last year. However, a change in trend was seen during the U19 CWC matches which produced low scoring games. Even the first MODC game of the season here was won by the team batting first. Warriors won defending their total of 220 in the 42 over-a-side game.

Jacques Snyman is high on confidence after recent outings against the touring England team. He scored a quick-fire fifty in the multi-day match in December and recorded two good knocks in the One-Day warm-up matches. Imran Tahir will be effective irrespective of the pitch they are going to play on. In the home fixture against the Knights, Tahir bagged a 4-wicket haul. Grant Roelofsen seems to be in a form of his life as he scored 227 runs across three matches including an unbeaten 147. He also effected two stumpings and two claimed two catches. 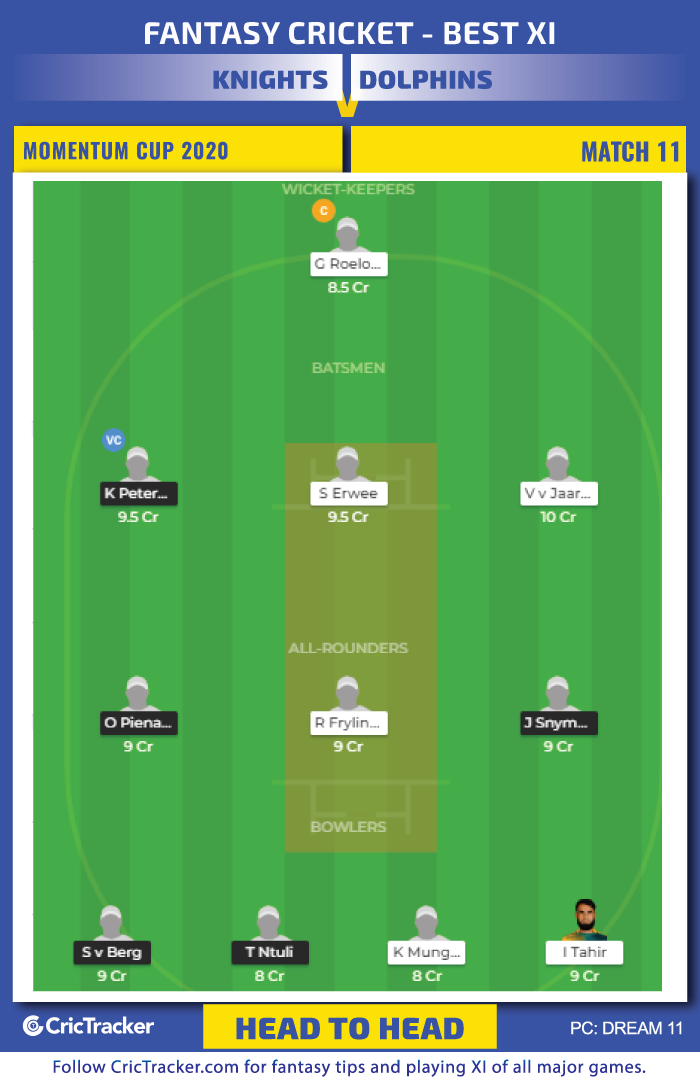 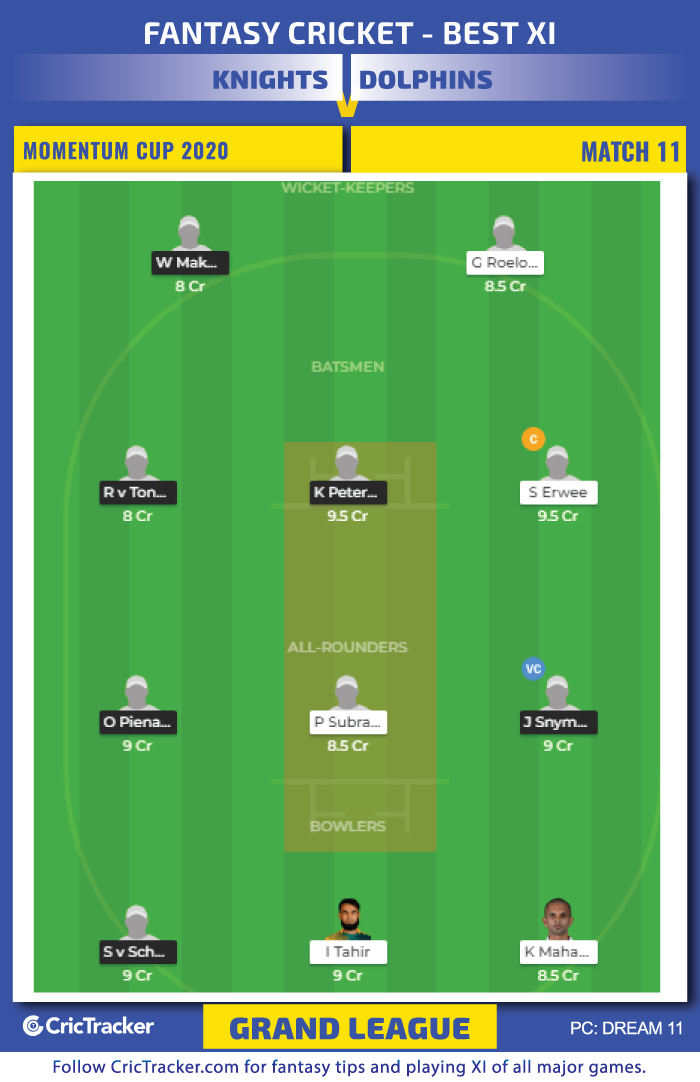 Knights have not announced the squad for this match while the Dolphins have announced that they will make a decision only after having look at the pitch. Hence, waiting for the toss update will be crucial if there will be any major changes. There are no concerns with respect to availability and fitness of the players who were part of their respective last matches.

The Dolphins are expected to register their 3rd win of the tournament.