Grant Roelofsen and Sarel Erwee have done an impressive job with the bat for Dolphins.

The 16th match of the Momentum One-Day Cup 2020 will be played between Dolphins and Warriors at the City Oval in Pietermaritzburg.

Dolphins have registered back to back wins in Momentum Cup 2020. And, they are leading the points table with 18 points. Their side looks pretty balanced with all their players performing in their peach form in every respective department of the game. In batting, they have Sarel Erwee, Grant Roelofsen and Vaughn van Jaarsveld, who have done an impressive job with the bat in the tournament. They are expected to do the same in the upcoming encounter.

On the other hand, Keshav Maharaj and Daryn Dupavillon are in their top-notch bowling form as the former look a four-wicket haul in the previous game whereas the latter took a three-fer. All of this makes them an absolute favourite to win their upcoming encounter against Warriors.

Warriors are currently on 3rd position and a win against Dolphins will take them to the 2nd position. So, they are expected to come out with some brilliant performances. They have some high-profile players in their ranks, who can turn the outcome of the match single-handedly. Hence, the fans can expect a thrilling encounter when Warriors and Dolphins will lock horns at City Oval on Sunday.

The weather forecast says that there are chances of rain on the matchday with a probability of 40%. The Sun will play some hide and seek due to cloudy conditions on Sunday. Meanwhile, the wind will be blowing at a rate of 13 to 18 km/hr whereas the temperature is expected to deviate between 10 and 18 Degree Celsius throughout the day according to Accuweather.

The track at City Oval has hosted one game in Momentum Cup 2020 and in that the side batting first managed to go past 300 runs in their innings. However, the match was intervened by the rain due to which the outcome was declared following the DLS method. But, on Sunday, the fast bowlers might get some help due to the overcast conditions that are expected to hover during the game.

Grant Roelofsen and Sarel Erwee have done an impressive job with the bat for Dolphins in Momentum Cup 2020. They will be obvious picks for any Dream11 Fantasy team. Eddie Moore and Sinethemba Qeshile should not be ignored while picking you fantasy team. Keshav Maharaj will play a vital role as he took a four-wicket haul in the previous game for Dolphins. 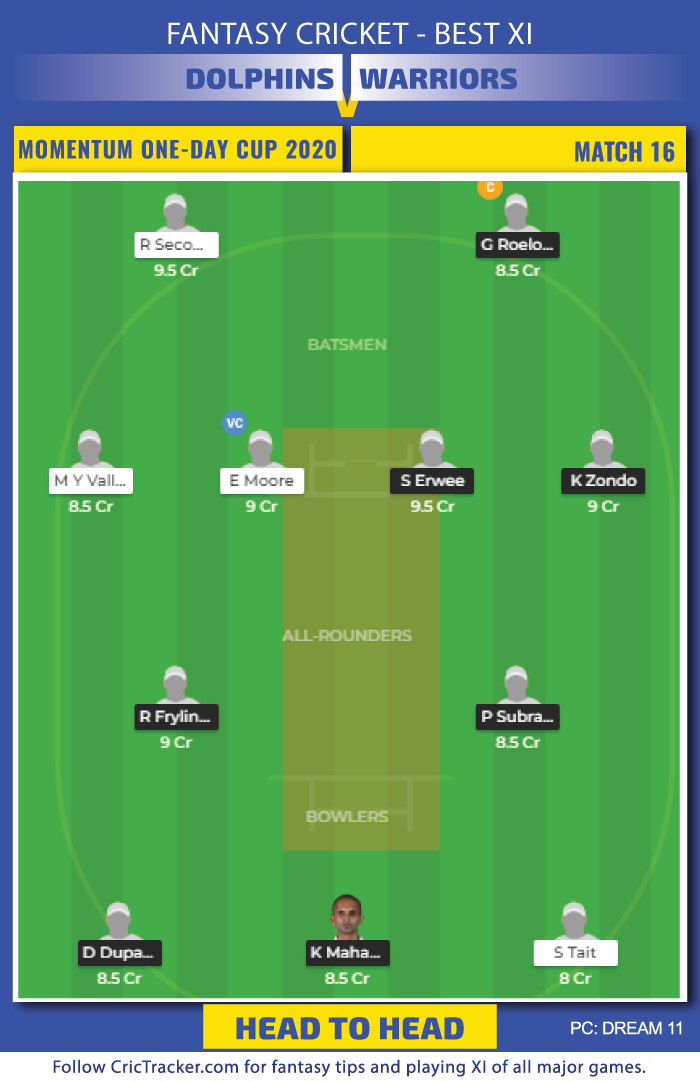 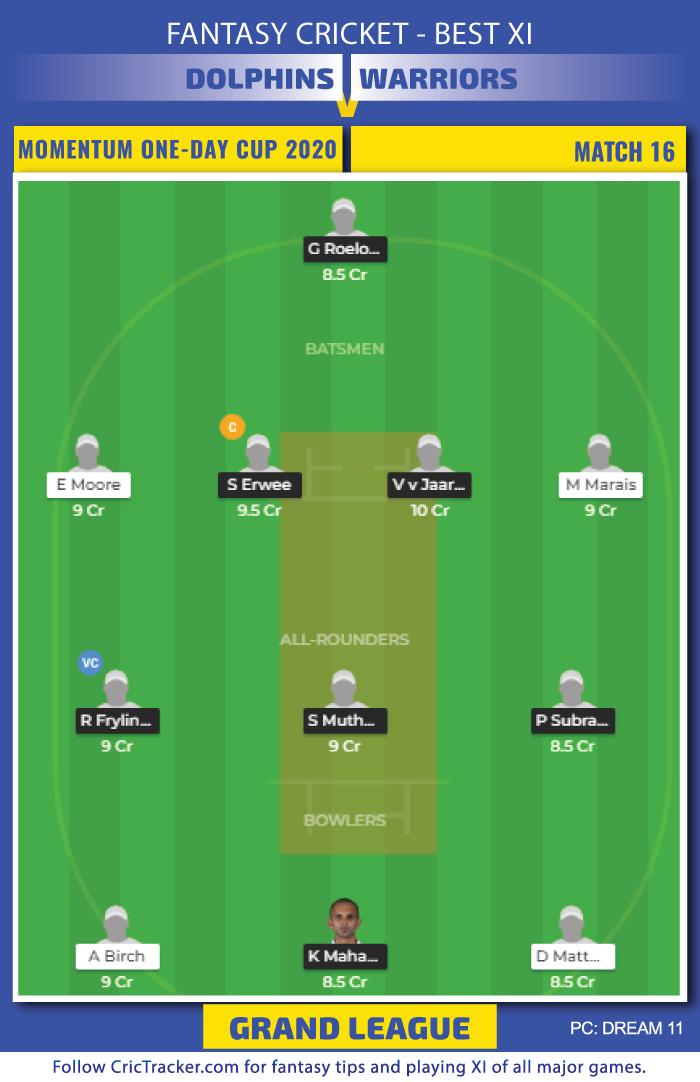 Both the teams are yet to announce their squad for the upcoming encounter. It will be wise to wait for the confirmed XI for the match. One can try to go with more batting options due to the batting-friendly conditions.

Tips: The user can go with the combination of one wicketkeeper, five batsmen, two all-rounders and three bowlers.

Dolphins are expected to register an easy victory.