Jacques Snyman played an amazing knock of 124 runs in the previous game. He is in decent form with his bat in Momentum Cup 2020.

The 17th match of the Momentum One-Day Cup 2020 will be played between Lions and Knights at the New Wanderers Stadium in Johannesburg.

Lions can be spotted pretty high on charts in Momentum Cup with 13 points in four games. Their team look pretty balanced with some big players in their ranks in every respective department. In batting, they have Ryan Rickelton, Kagiso Rapulana and Delano Potgieter, who have done an amazing job with the bat so far in the tournament.

However, Reeza Hendricks will not be available for the game as he is on the national duty. Meanwhile, in bowling Aaron Phangiso, Johannes Diseko on which Lions will bank upon due to their impressive show in the previous game with the ball.

Knights finally tasted their first win in the previous game against Cape Cobras. It might have helped them in gaining some momentum in the tournament. In the next match, they will aim to register their second win in a row. But, for that their players are expected to replicate their previous game form successfully against the in-form side of Lions. The chances are quite high that they might manage to pull off another brilliant performance in Momentum Cup 2020.

The weather forecast says that there are no chances of rain on Wednesday. The players will get a perfect atmosphere for a cricket match with the wind blowing at a rate of 9 to 13 km/hr whereas the temperature will hover between 16 and 29 Degree Celsius throughout the day according to Accuweather.

The track at New Wanderers Stadium is expected to offer a stiff battle between bat and ball. The fast bowlers will get some help from the wicket in the first few overs before batsmen start taking charge against them in the match. The side chasing will have an edge in the gams. so the side winning the toss will probably look to the field to be on the safer side.

Reeza Hendricks will not play the upcoming game for Lions. He might be replaced with Dominic Hendricks for the clash against Knights.

Jacques Snyman played an amazing knock of 124 runs in the previous game. Moreover, he is in a form with the bat in Momentum Cup 2020. So, he will be an obvious pick for any fantasy team. Ryan Rickelton and Delano Potgieter are the other players, who can be picked in the batters category by the user. Aaron Phangiso and Johannes Diseko should not be ignored while picking any fantasy side. 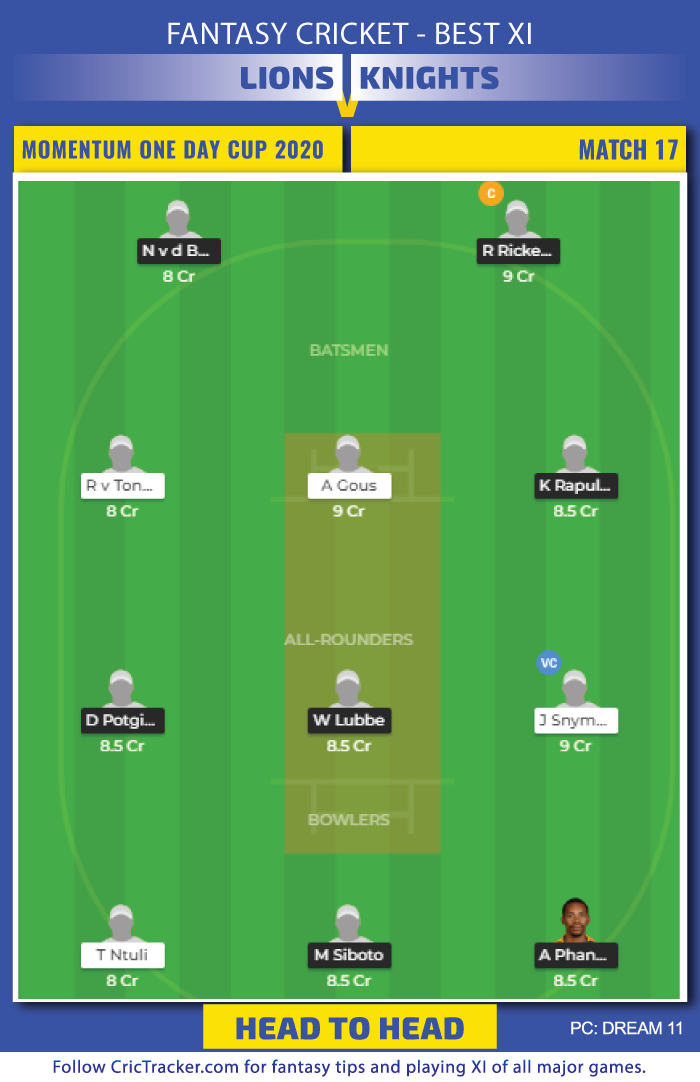 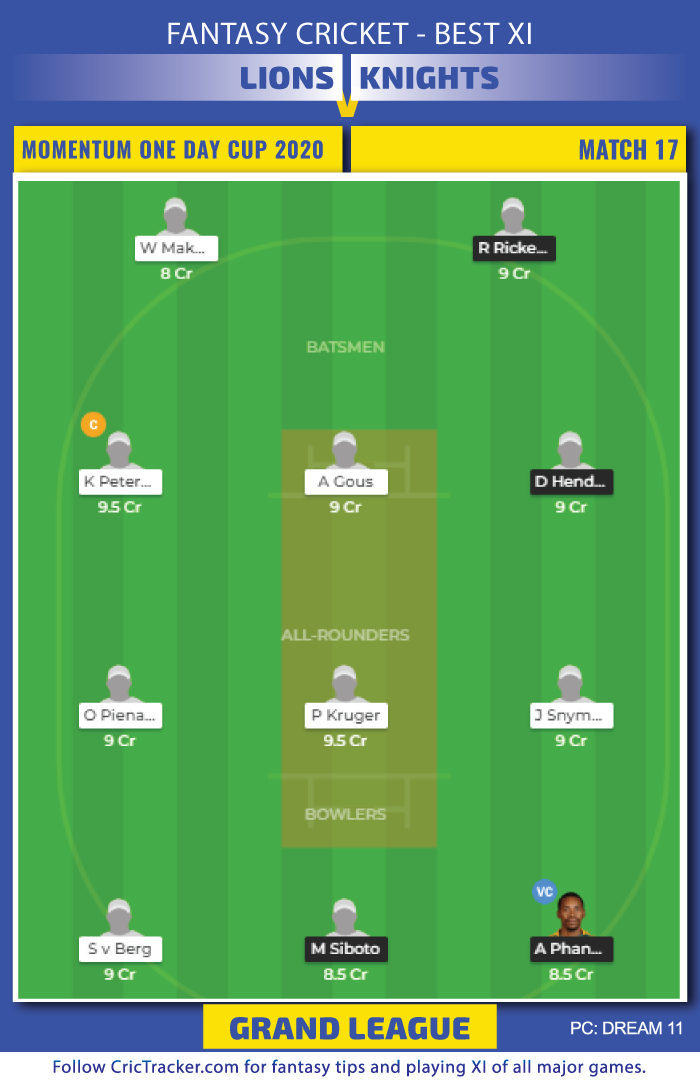 Lions and Knights have not officially announced their squad for the upcoming match. So, it will be wise for the users to wait for the confirmed XI. However, the majority of the players mentioned are going to feature in the match.

User tips: The users can opt for a team combination of two wicketkeepers, three batsmen, three all-rounders and three bowlers for the upcoming match.

Knights are expected to win the match.