Grant Roelofsen and Sarel Erwee have done an impressive job with the bat for Dolphins in Momentum Cup 2020. The former has scored 412 runs in six games whereas the latter has mustered 200 runs in his six innings.

The 18th match of the Momentum One-Day Cup 2020 will be played between Dolphins and Titans at the Kingsmead in Durban.

Dolphins are performing in great form due to their players’ performances. They have won three back to back games and are leading the points table with 22 points. It will be interesting to watch if they can extend their winning streak to four.

In batting, they have Sarel Erwee and Grant Roelofsen, who have emerged as the best pair of openers in Momentum Cup 2020. On the other hand, their bowling unit has done an impressive job so far in the tournament. Daryn Dupavillon and Keshav Maharaj have managed to restrict opponents by taking their wickets at regular intervals.

Titans have also regained their momentum after suffering in their first two games. At the moment they have registered two consecutive wins and will be aiming to outclass the in-form side of Dolphins. If they managed to replicate their form successfully in the upcoming match then the chances are high that they might pull off a clinical win.

The weather forecast says that the probability of thunderstorm is around 61 per cent on the matchday. The wind will be blowing at a rate of 20 to 24 km/hr whereas the temperature will deviate between 22 and 28 Degree Celcius throughout the day according to Accuweather. The game might get abandoned due to rain on Thursday.

The track at Kingsmead is expected to offer an epic battle between bat and ball. This ground has hosted a single game in Momentum Cup 2020 in which the side chasing ended up losing the game. The team batting first managed to score only 209 runs whereas the opponent got dismissed for a score of 115 runs. And, if there are overcast conditions on the matchday then the same performances can be expected from the teams.

Grant Roelofsen and Sarel Erwee have done an impressive job with the bat for Dolphins in Momentum Cup 2020. The former has scored 412 runs in six games whereas the latter has mustered 200 runs in his six innings. They will be obvious picks for any Dream11 Fantasy team. Dean Elgar and Tony de Zorzi should not be ignored while picking you fantasy team. Keshav Maharaj will play a vital role as he took a four-wicket haul in the previous game for Dolphins. 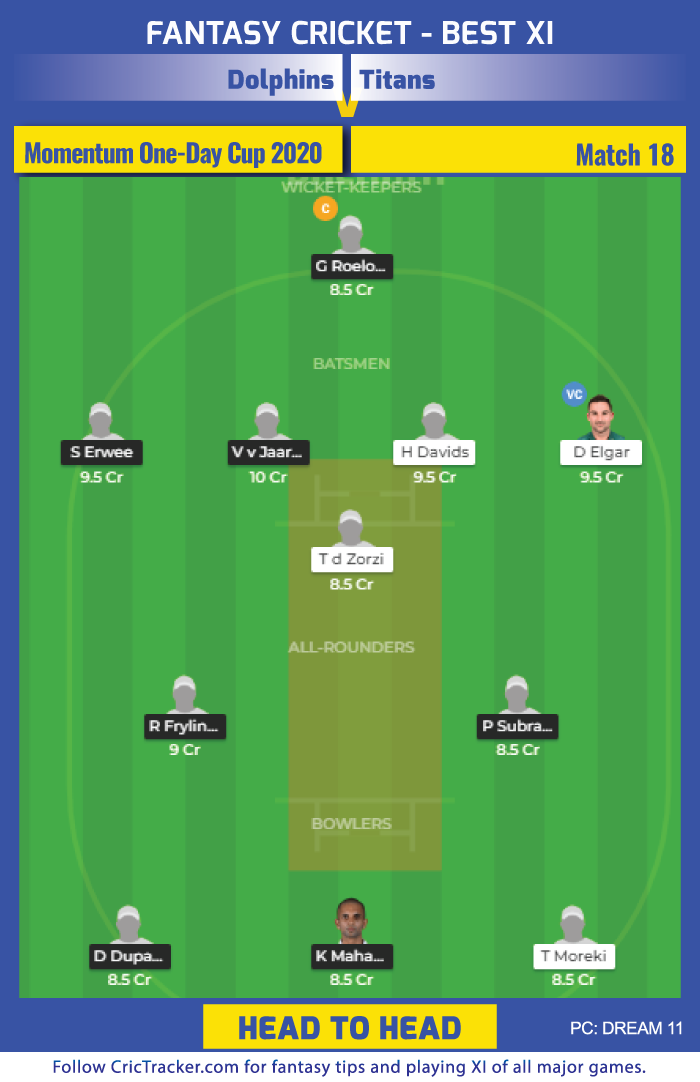 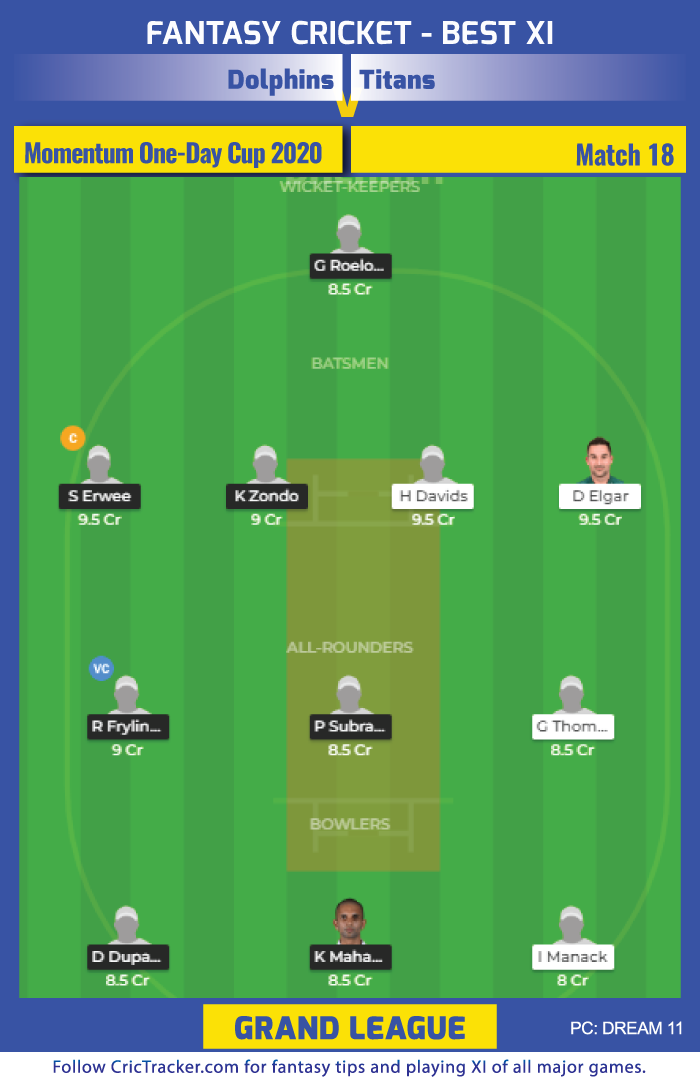 Both the teams are yet to announce their official squad for the match between Dolphins and Titans. So, it will be wise for the users to wait for the confirmed XI for the match. However, the majority of the aforementioned players are expected to play the upcoming clash.

User Tips: The user can go with the team combination of one wicketkeeper, five batsmen, two all-rounders and three bowlers

Titans are expected to beat the Dolphins in this match.