Imran Tahir bagged as many as 29 wickets across 15 matches he played in the past three seasons of One-Day Cup.

The 2nd match of the Momentum One-Day Cup 2020 will be played between Dolphins and Knights at the Kingsmead in Durban.

Dolphins and Knights begin their respective campaigns in the Momentum One-Day Cup 2020 on Saturday when they face off at the Kingsmead in Durban. Keshav Maharaj will be leading the Dolphins while the Knights play under the captaincy of Pite van Biljon. The Dolphins finished runners up in the previous edition after losing the final by a huge margin. On the other hand, the Knights were winless in their first six matches in the previous edition but won three of the last four games which were not enough for a top-four finish.

The Kingsmead in Durban saw many matches getting called off during the MSL but the first game of the MODC is unlikely to suffer any interruptions.

The Durban’s Kingsmead isn’t a typical high-scoring venue as the average score here during the last MODC read only 229. Only once a team crossed 300-run mark across the four matches during that tournament. On Saturday, we might see around 500 runs being aggregated by both sides.

Across the last two editions of MODC, all-rounder Senuran Muthusamy scored nearly 500 runs and claimed 22 wickets. Sarel Erwee amassed 855 runs across his last 19 One-Day Cup matches which includes two hundreds and five half-centuries. He struck two centuries in the last two FC matches for the Dolphins. Pite van Biljon has been in prime form in the ongoing season in 4-day cricket for the Knights. He struck a double century and five fifties across 10 innings. Imran Tahir bagged as many as 29 wickets across 15 matches he played in the past three seasons of One-Day Cup. 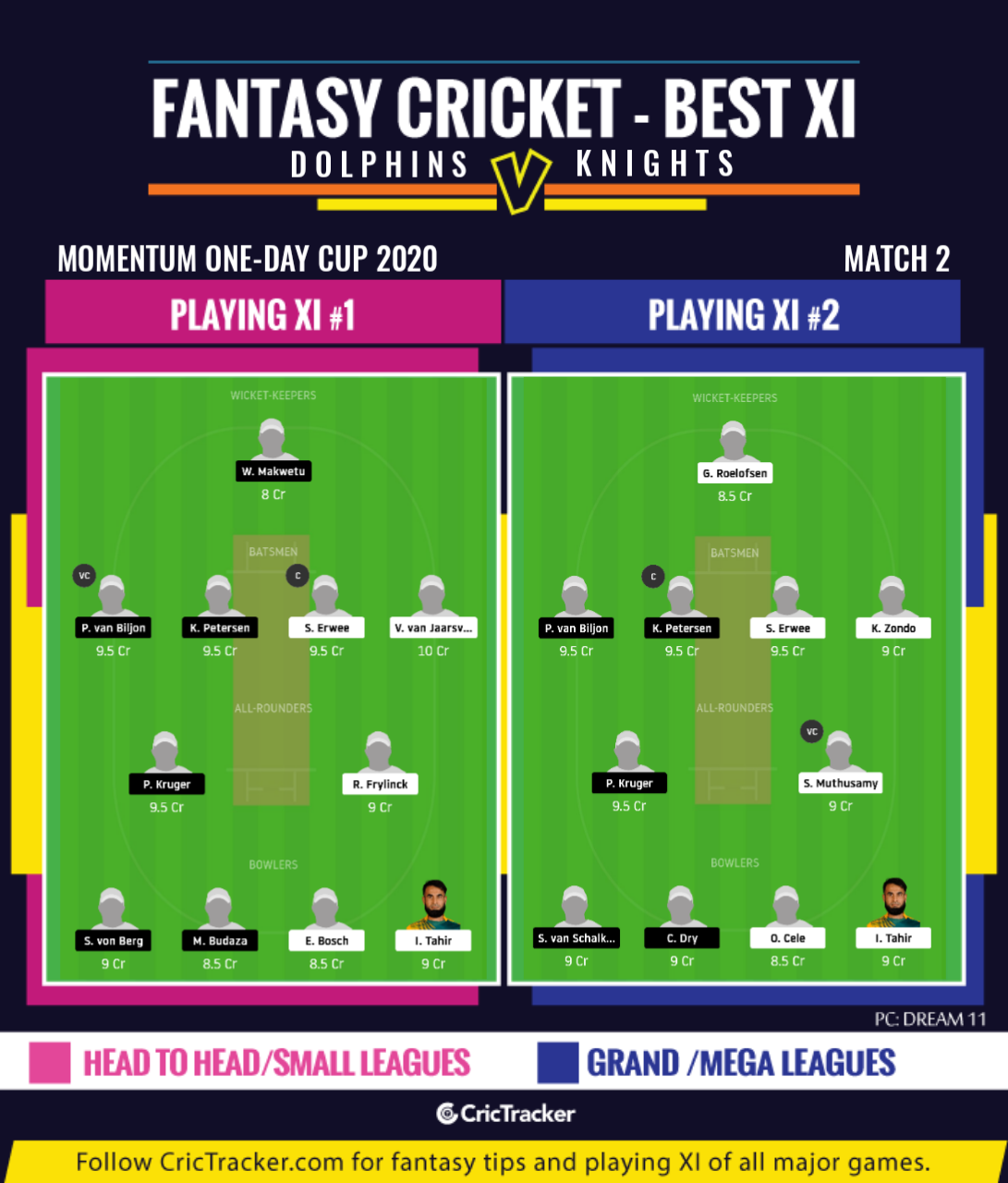 The Dolphins announced their 15-man squad for their first match but the Knights have not announced yet. It is unsure who actually are with a chance of being part of their squad for this game. Hence, we have chosen players who have featured in the 4-day competition. It is suggested to the fantasy players to keep an eye on the Dolphins’ squad updates or the toss update.

The Dolphins should be winning this match due to the experienced players in their line-up.