Motera stadium is the largest cricket stadium in the world with a seating capacity of 1.10 lakh, overtaking the MCG which has a capacity of 1 lakh. 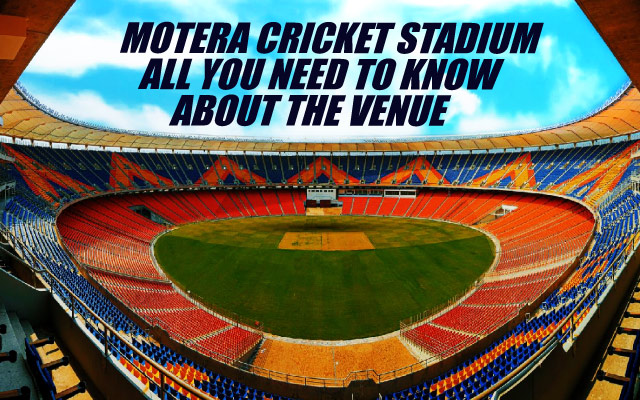 Cricket is the second most popular game in the world despite being played in not more than 15 countries professionally. Asian countries, in particular India, with a population of more than 1.2 billion is the main driver of the sport. The cricket-crazy fans throng the stadiums for every single match and make the sport as popular as it is.

However, if we compare cricket stadiums to football and baseball stadiums, the facilities and infrastructure fall short in terms of quality and innovation. Cricket stadiums like Lord’s in the United Kingdom and Melbourne Cricket Ground in Australia (MCG) also stand out in comparison to Indian venues. All this is about to change.

The Motera Cricket Stadium, officially known as the Sardar Vallabhai Patel Stadium, has been established and is set to be the largest cricket stadium in the world and second-largest sports stadium. It also possesses state-of-the-art facilities and is poised to act as the hub of Indian cricket- for the fans as well as the players. Cricket is a religion in India. Now there is a temple large enough for all devotees. Let’s have a look at all the aspects of this historical stadium.

The Motera stadium is located in the outskirts of Ahmedabad, along the banks of river Sabarmati, in Gujarat, India. The entire facility is currently built across a massive 63 acre.

The Motera stadium was originally built in 1982. First One-Day International match was played between India and Australia in 1984-85 bilateral series. It had been home to several iconic moments like Sunil Gavaskar scoring his 10000th run, becoming the first man to get to that landmark. Kapil Dev also picked his 432nd Test wicket in Motera stadium to become the highest wicket-taker in Tests at that point.

India’s epic quarter-final victory against Australia in the 2011 World Cup came at the Motera as well. The plan for a complete makeover was initiated by honourable Prime Minister Narendra Modi who came into office in 2014. In October 2015 the stadium was demolished for renovation. The project formally began on 16th January 2017 and after a toil of three years and spending in excess of 700cr, it was completed recently in February 2020.

The Motera stadium is one like never before. It has top-notch facilities with world-class standards.  The stadium comprises 76 corporate boxes with a seating of 25 each, an indoor cricket academy with a dormitory for approximately 40 athletes, a clubhouse and an Olympic-size swimming pool.

The stadium’s academy building is directly connected to the practice grounds for ease of access. The clubhouse features 55 rooms for indoor and outdoor sports, along with restaurants, a gymnasium and a party area. The stadium houses four team dressing rooms with associated facilities.

The academy also has access to six indoor practice pitches and three outdoor practice fields. A parking lot with a parking area of 3000 cars and 10000 two-wheelers is also present.

The magnificence of the stadium lies in the design, Each one of the 110,000 seats has uninterrupted sightlines of the field and pitch and with a deliberate round, open stadium providing 360-degree views that ensure the spectator feels like they’re a part of what’s happening.

The bowl design consists of two large seating tiers, each with approximately 50,000 general admission seats, designed to fill the lower levels for smaller events, ensuring the stadium retains the spectator atmosphere even when the seating bowl is not fully occupied. In another unique innovation, the Motera stadium has no floodlights instead LED lights are being installed on the roof. The stadium’s roof is designed to be lightweight and seismically separate from the bowl to ensure safety in the event of a potential earthquake.

The refurbished Motera stadium not only has sporting, but also cultural significance. The Motera will surely provide a great experience to the players and fans, but it also reiterates the fact that India is now the central powerhouse of global cricket.

Culturally, the massive venue can be used for community service and for several other events as well. Recently, it was used to host the President of the United States of America, Donald Trump. The Sardar Vallabhai Patel stadium is a revolutionary venue which is sure to take India in general and Gujarat in particular on the global sporting map.