Rajasthan are expected to make it two wins in a row by beating Madhya Pradesh.

The Elite D Group match of the Syed Mushtaq Ali Trophy 2021 will be played between Rajasthan and Vidarbha at Holkar Cricket Ground, Indore on Monday.

This match is scheduled to start at 07:00 PM Local Time and IST.

Both Rajasthan and Madhya Pradesh were once in a spot of bother in their respective season-openers, but they have managed to hold their nerves and get over the line. The former was involved in a low-scoring thriller against Vidarbha. Rajasthan bowled Vidarbha out for only 104 but were then reduced to 98/7.

Thanks to Arjit Gupta and Deepak Chakar, they managed to get over the line. On the other hand, Madhya Pradesh were involved in a high-scoring affair. They scored 214 runs against Goa, but their opposition also batted brilliantly. Goa once looked set for victory, but they eventually were just 6 runs shy of the target. Both teams will now look to make it two wins in a row.

The weather will be cold in Indore today, as the temperature will be around 19 °C during the start of the game and will eventually drop to 15 °C. Rain is not on the cards.

The pitch here at the Holkar Cricket Ground is expected to favor the batsmen. The team batting first should have a target of more than 180 in mind.

Also Read – Mohammad Amir was dropped as his performances were not up to the mark: Babar Azam

Ventakesh Iyer played a sublime knock of unbeaten 87 runs from 52 deliveries. He came out to bat as an opener and stayed in the middle for the entire 20 overs.

Madhya Pradesh were 2 wickets down inside the first over, but then Iyer set up a match-winning partnership with Rajat Patidar. Patidar scored a 51-ball 96, setting up a 156-run third-wicket stand.

Deepak Chahar bowled brilliantly for Rajasthan, as he picked up 3 wickets and maintained an economy rate of under 3 runs per over.

His brother Rahul Chahar was also on the money, as he picked up 3 wickets as well. His economy rate was under 8 runs per over.

Mahipal Lomror got out for a golden duck in the last game, but the youngster has scored over 850 runs in just 27 T20 innings.

Mohammad Amir was dropped as his performances were not up to the mark: Babar Azam 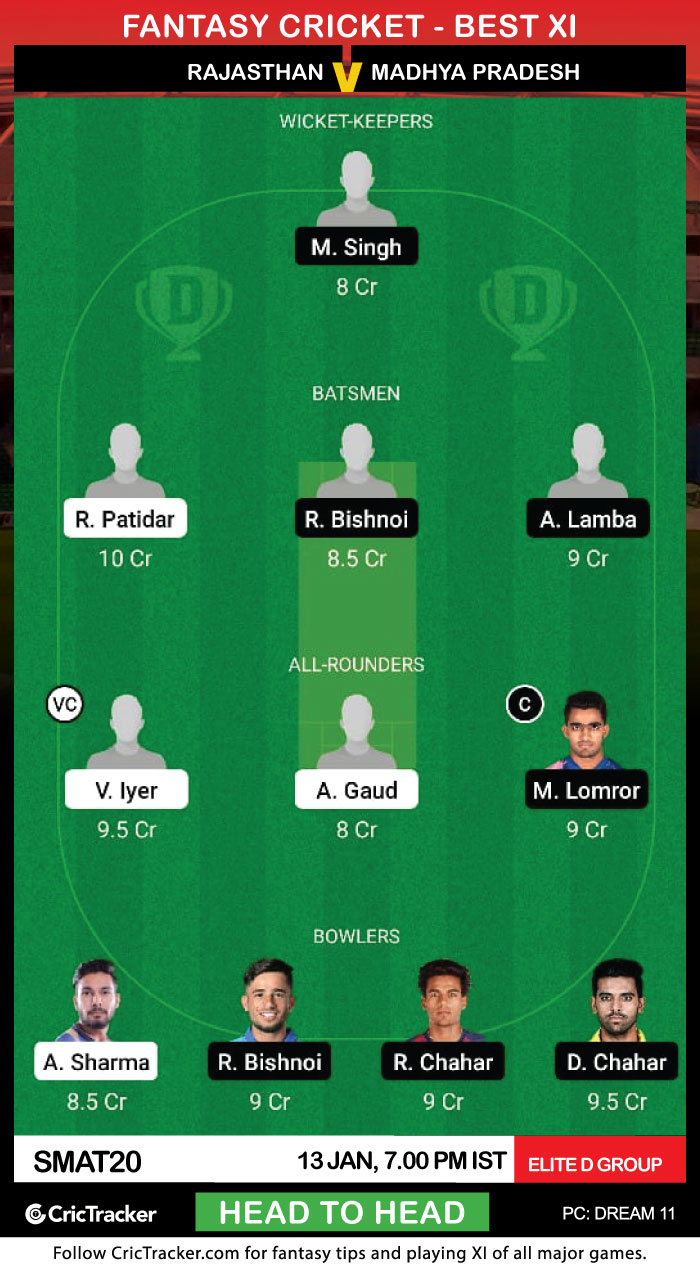 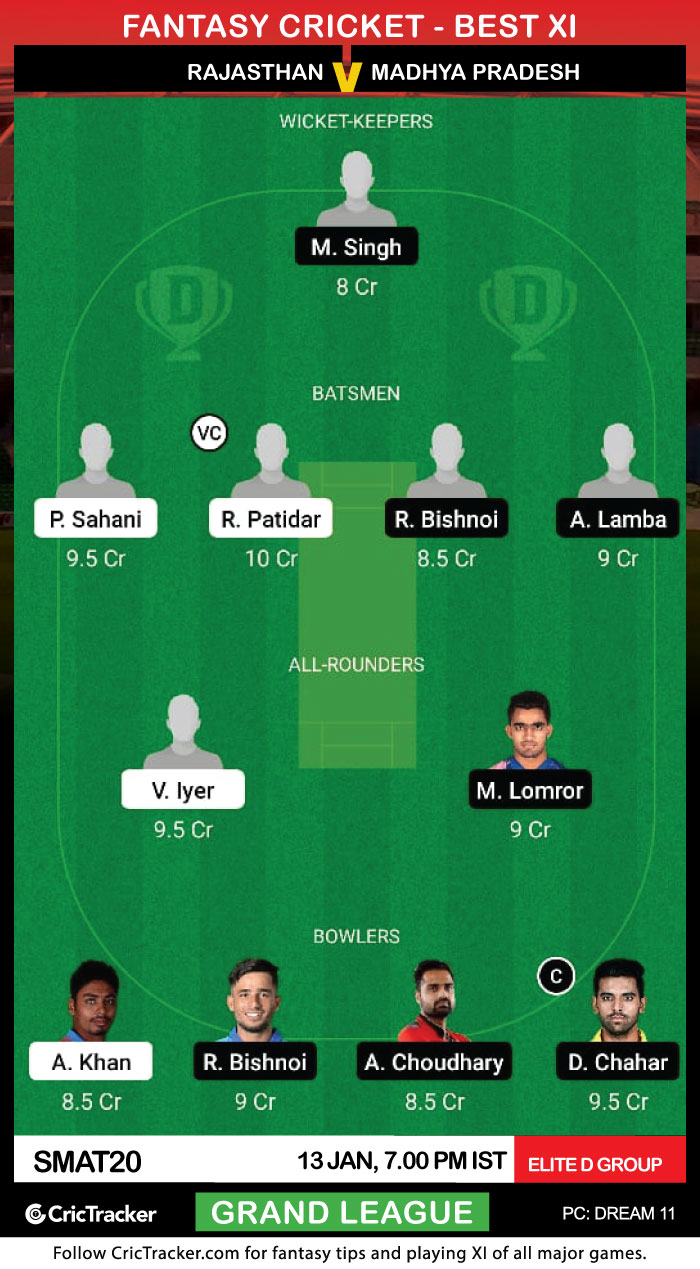 The pitch might be inclined towards the batsmen, but Rajasthan have got a very intimidating bowling attack who were on fire in the last game. Hence, you can go with 4 specialist bowlers for any one of your Dream11 Fantasy teams.

Rajasthan are expected to win this game.