Nidhish Rajagopal is a good captaincy option for this match.

The Seichem Madurai Panthers will lock horns with the Ruby Trichy Warriors in the 8th Match of the Tamil Nadu Premier League. This match will be held at the MA Chidambaram Stadium in Chennai.

The Seichem Madurai Panthers are currently occupying 2nd place in the points table. In their opening match against the Dindigul Dragons, they thrashed their opposition by 6 wickets.

The Ruby Trichy Warriors have played two matches in the tournament and have won one of those. In their previous battle against the Lyca Kovai Kings, they were decimated by 8 wickets.

Captaincy Picks for MP vs RTW

Nidhish Rajagopal was in top form in Ruby Trichy Warriors’ match against the Lyca Kovai Kings. He scored a quickfire 45 off 28 deliveries and helped his side post a total of 171 on the board. Rajagopal is a vital cog of his side’s batting lineup.

Ramalingam Rohit produced an excellent performance with the ball against the Dindigul Dragons. He scalped 3 wickets in the 3.5 overs that he bowled, and gave away 19 runs. 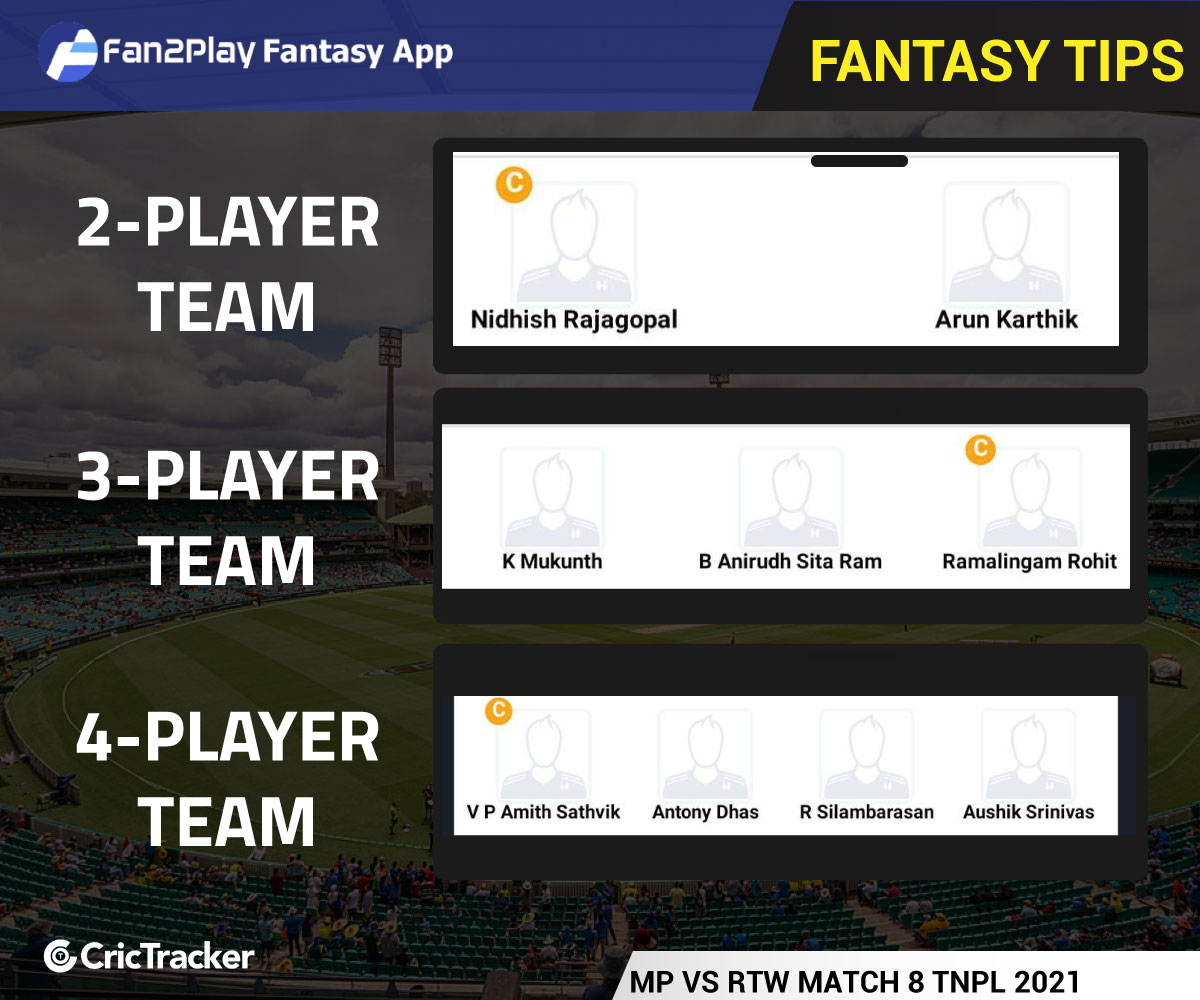 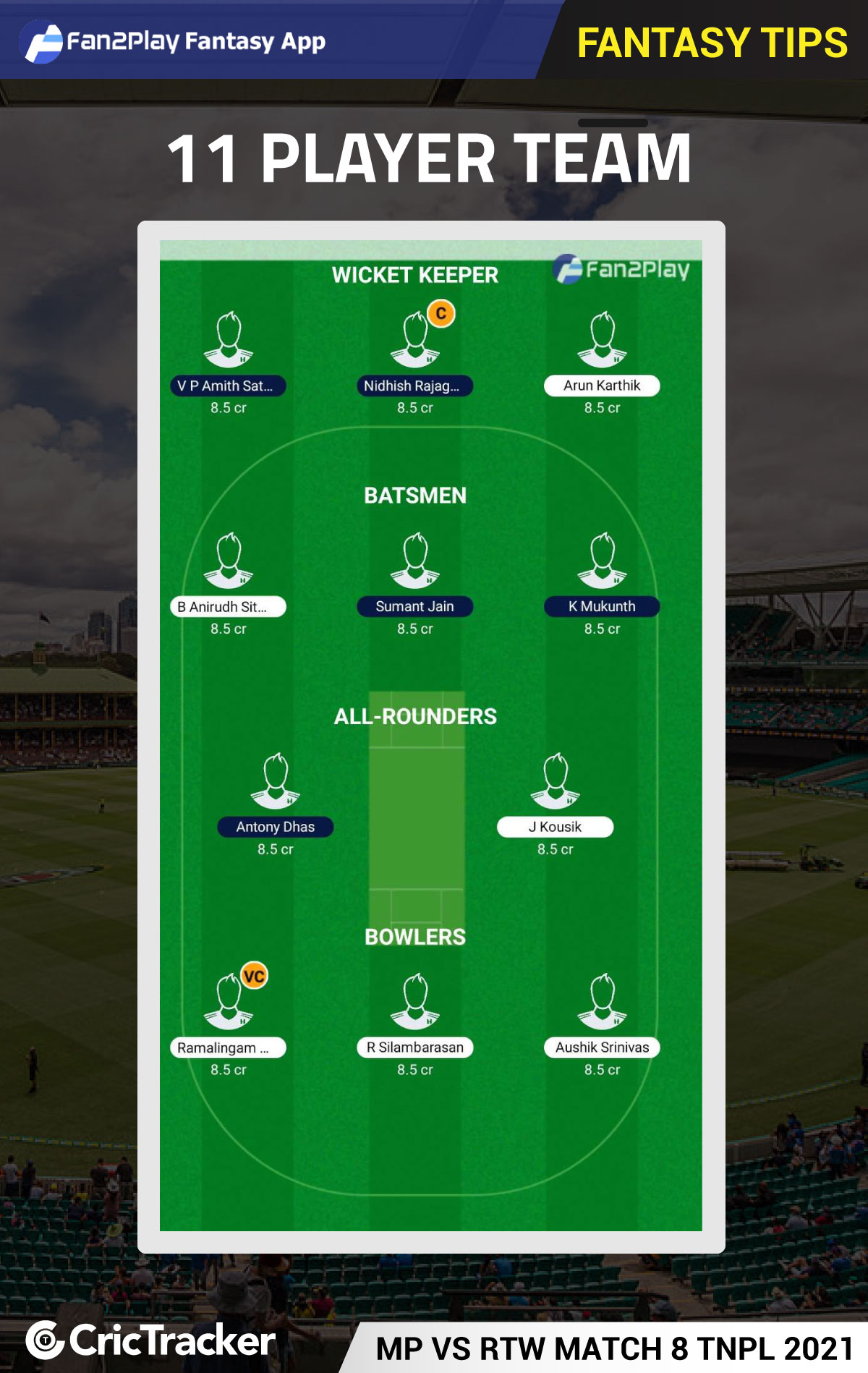