Kane Richardson is a good captaincy pick for this rubber.

Two teams that are occupying the bottom two places in the points table will lock horns with each other in the 48th match of the Australian T20 Bash. The Melbourne Renegades are placed at the 7th spot in the points table and have emerged victorious in 3 out of their 11 encounters.

On the other hand, Melbourne Stars are occupying the 8th position, having won 4 out of their 10 rubbers. Both these sides lost their respective previous matches and will be desperate for a bounce back.

The pitch will be titled towards the batters. The ball will come onto the bat nicely and we can expect a high-scoring match between these two teams.

Joe Clarke has been in riveting form in this competition and has plundered 303 runs at a stupendous strike rate of 147.08. Clarke will play an important role for his side in this match.

Kane Richardson has prized out 18 batters in the tournament this year and has scalped his wickets at an average of 16.66. If Richardson can scalp a few early wickets, then the opposition will surely be under pressure.

Mackenzie Harvey has scored 223 runs in the competition and has scored them at an average of 27.87. 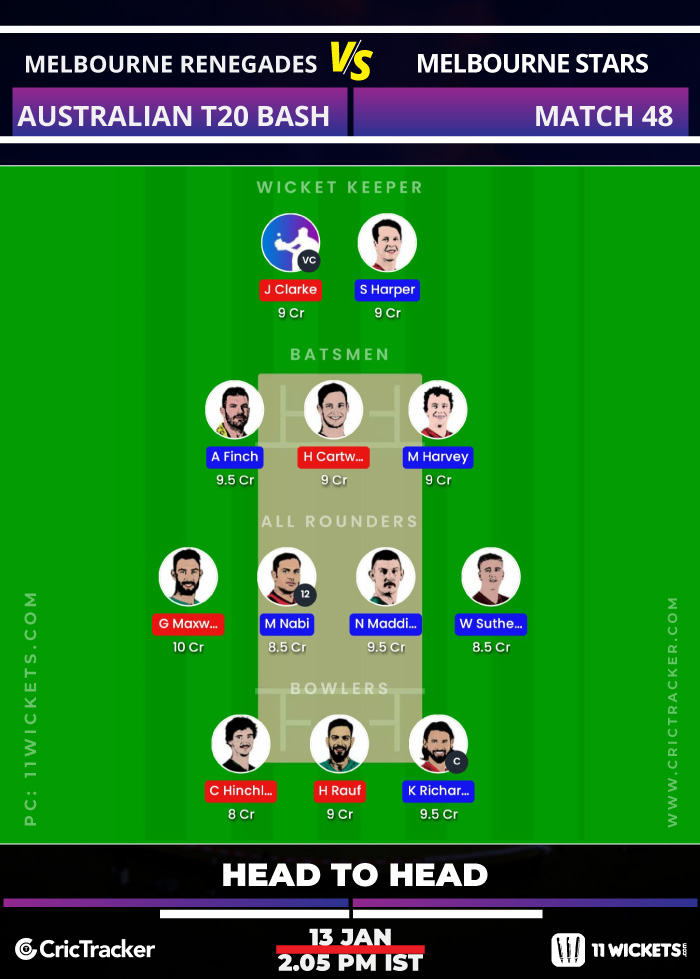 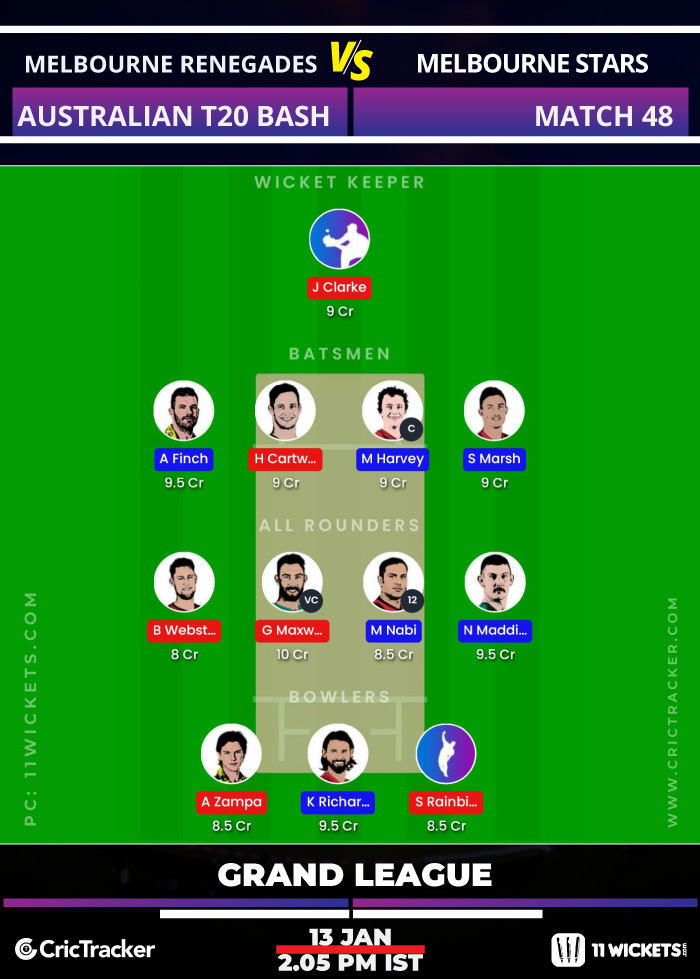